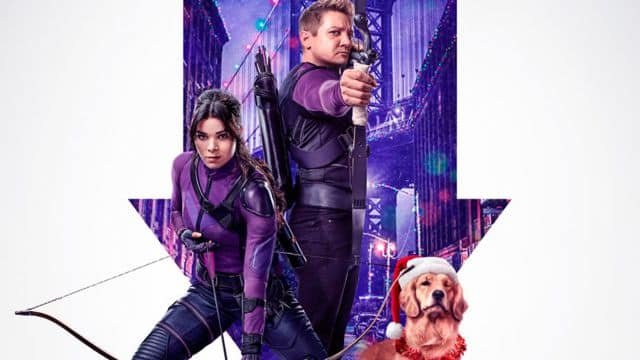 Hawkeye, the next series from Marvel Studios and Disney +, is already a week away from being released. Before that, the director confirmed a special return.

Marvel still has all the focus on staying on top of the entertainment industry. For this, the company has not launched productions only in who, but also on the allied streaming platform, Disney+. This year, the firm has released four series: Wandavision, Falcon and the Winter Soldier, Loki and What If…?, only missing from the list Hawkeye, due out in December.

The program will see the return of Clint Barton, as the most famous archer, and the debut of Kate Bishop, his faithful helper. Furthermore, according to the facts of Black widow, the Countess Valentina Allegra de la Fontaine will play an important role.

At the end of the aforementioned film, the enigmatic agent recruits Yelena belova, with the premise that Barton is the murderer of his sister, Natasha.

With this, it was known that the spy played by Florence Pugh would make an appearance, but confirmed there was nothing. Now the director Rhys Thomas reiterated that the actress will be. However, it was not the only thing he said but rather he spoke a little about what the meeting between the two will be like. It is worth noting the satire in his statements.

«I can not talk about that. But yes, we know his past and obviously what happened in Endgame. We know in these first two episodes that Clint is dealing with the consequences of that. But in terms of how they are doing, I can… Well, I’m just going to pretend I don’t know. Imagine that it is a happy meeting, where they chat over coffee and fix things«, Indicated the creative.

The show, which will be the studio’s last television installment, will launch on November 24. For this, two episodes will be released on the first Wednesday and, from there, a chapter will be shown for each of the following weeks.