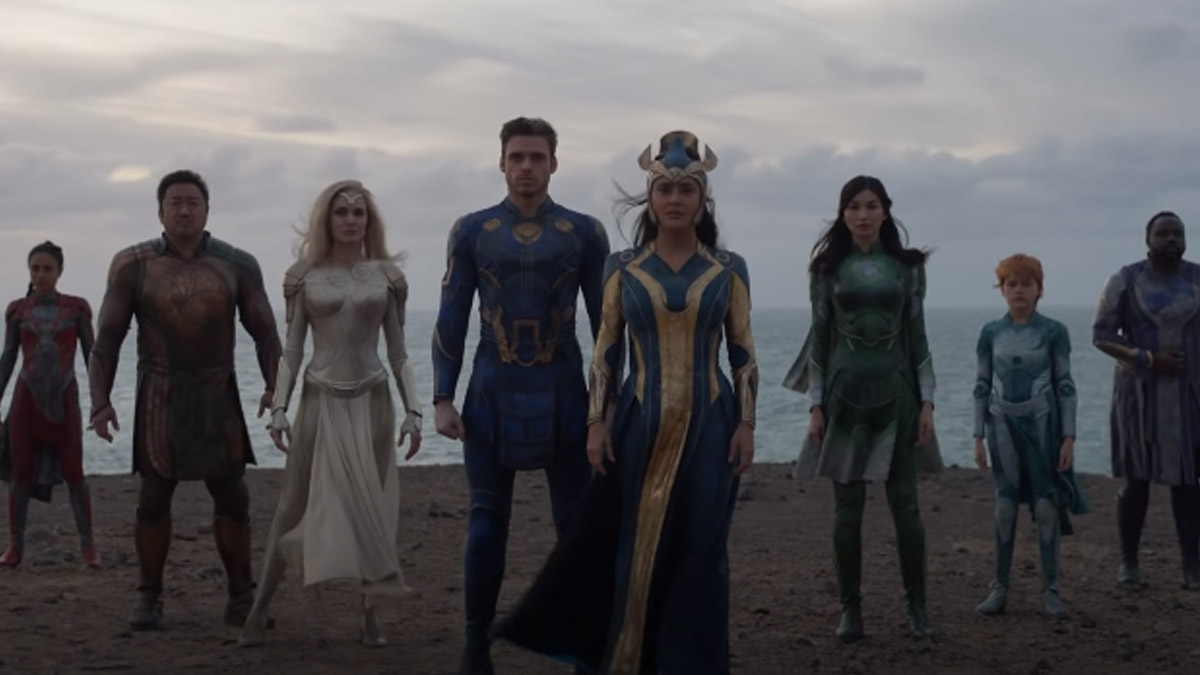 We finally have the expected appearance they deserved. The first teaser for The Eternals anticipates photography and direction like we’ve never seen before at Marvel. Far from being a small fragment where little is glimpsed of the product, this preview conveys the feeling of what this family of first and immortal beings are like. It is surprising the freedom with which Marvel lets the directors work for whom it bets, maintaining for what it seems that it will be in this film, the naturalistic look of an author as she is. Chloé zhao.

Multiculturalism and desert scenarios as of an immense nature to conquer and explore, it also seems that they will be reflected in this story of cosmic superheroes by the director of Nomadland. In the preview it is possible to discover each and every one of the members of its spectacular cast: Salma Hayek, Richard Madden, Don Lee, Lia McHugh, Barry Keoghan, Angelina Jolie, Kumail Nanjian, Kit Harington, Gemma Chan, Lauren Ridloff, and Brian Tyree Henry.

The first teaser of the Eternals shows with a divine sensitivity the development of these characters throughout the history of the earth, helping and teaching humans, but never interfering in their internal conflicts, until now. What were they doing before interfering? Why now all of a sudden do it? We still can’t know what is clear from its final fragment is that connectivity is somehow assured in the UCM. When the character Sprite, played by Lia McHugh asks who will lead The Avengers now that Steve Rogers and Iron man are gone, to which Ikaris (Madden) answers “I could lead them” and after a short pause they all start laughing. But Ikaris is one of the strongest Eternals in the comics, since he can regenerate thanks to cosmic energy, he does not get tired, throwing rays through his eyes, generates an impenetrable shield etc., toSomething like Marvel’s Superman.

The history by Los Eternos It covers the thousands of years that they hid among humanity, however they must come out to counter the antagonistic beings of their race, the Deviants or deviants. It still has a long summer to pass to get to its premiere November 5. What is certain is that this immortal family is here to stay.