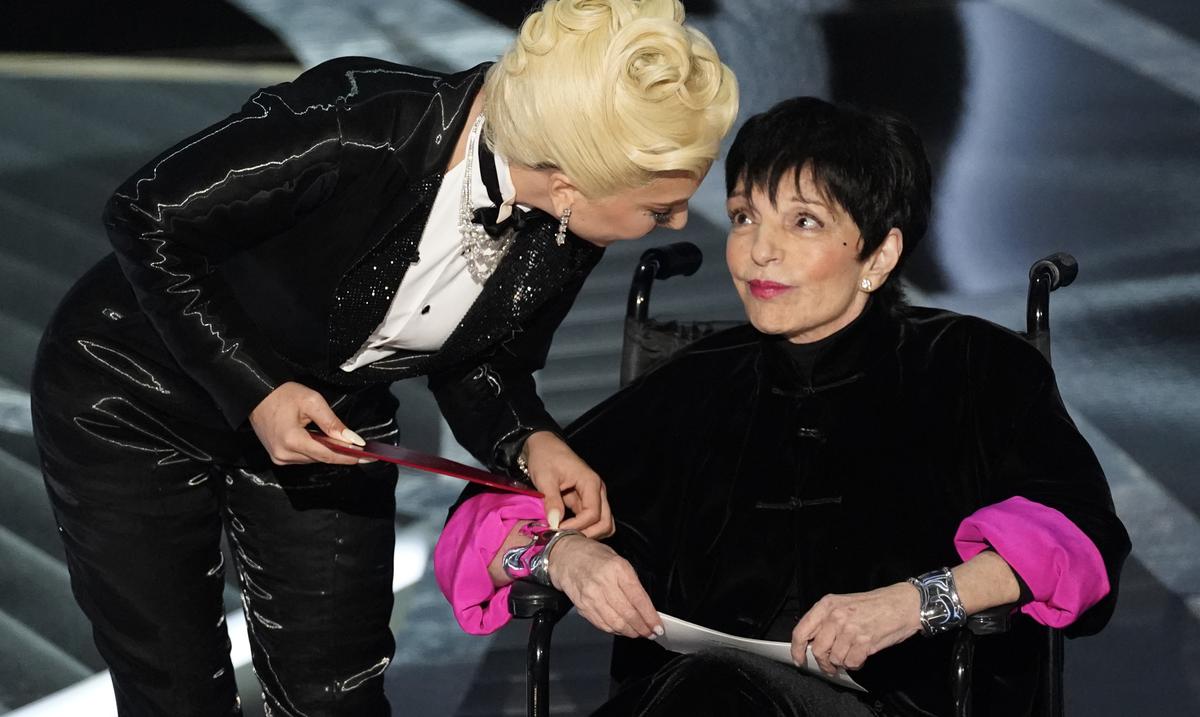 Hollywood history will remember this year’s Oscars as an unmitigated disaster. It is likely that in a short time no one will remember that CODA was the winning movie of the night but everyone will have in mind the so-called slapgate, the violent reaction, captured by the cameras, that Will Smith had in front of the joke that comedian Chris Rock made to expense of his wife, Jada Pinkett Smith.

And now a new nonsense is known, since what had been one of the few successes of the production of the gala, the appearance of Lady Gaga with Liza Minnelli to present the award for best film, seems to have been “sabotage” that left the legendary star nervous and bewildered seconds before appearing on the stage of the Dolby theater before the eyes of the world.

This was explained a few days ago by the singer Michael Feinstein, a friend of Minnelli, on the radio program The Jess Cagle Show, in which he told behind the scenes of the moment that all the chronicles of that night highlighted as one of the most positive sequences of a night to forget.

The image of Lady Gaga accompanying Minelli – an icon in her own right, daughter of Judy Garland and Vincente Minelli, two of the greatest legends of Hollywood cinema – with care and tenderness touched many as much as it worried them. the apparent state of disorientation of the artist. According to Feinstein, present backstage at the Academy ceremony, Minnelli was “forced” by the production to appear sitting in a wheelchair, despite the fact that she had made it a condition to present the most anticipated category of the night to be able to appear on stage sitting in a director’s chair.

“I know that talking about “sabotage” sounds a bit strong, but Liza only agreed to go to the Oscars if she could appear sitting in that chair, because she is having some back problems. She told them: ‘I don’t want you to see me limping. I want to look good and I wouldn’t want them to worry about me.’ However, literally five minutes before we went on stage, with her already sitting in the chair, I guess because of all the commotion of the ceremony, the assistant director said that she had to go out in a wheelchair, ”Feinstein detailed, referring to to the Smith incident and how, according to him, it affected all the plans of the Oscar gala.

Although, says his friend, Minnelli initially rejected the change, there was no time to get the production to change its mind. The disagreement, logically, caused a lot of nerves and discomfort in the artist, who won an Oscar for her role in the film Cabaret.

“She was shocked and disoriented by all the changes and that’s why she gave the impression that something was wrong with her but it wasn’t. Liza is very well, “said Feinstein, who, like her former press agent, Scott Gorenstein, made reference to some of the artist’s physical ailments.

As Gorenstein told the New York Post, Minnelli, who has undergone four hip replacement surgeries, three knee surgeries and one spinal operation in recent years, “is enjoying life without the need to appear on camera.”

“Since she was born, she was pressured to act and that is why in recent years she had the opportunity to relax and have a good time, without pressure,” explained the representative, who encouraged her to accept the invitation from the Academy, made at the express request of Lady Gaga.

“Liza is a legend and deserves to be at the Academy Awards,” his friend had sentenced, who, like the rest of the world, had no way of anticipating that this appearance would be marked by the most disastrous Oscar ceremony. that has ever been seen.