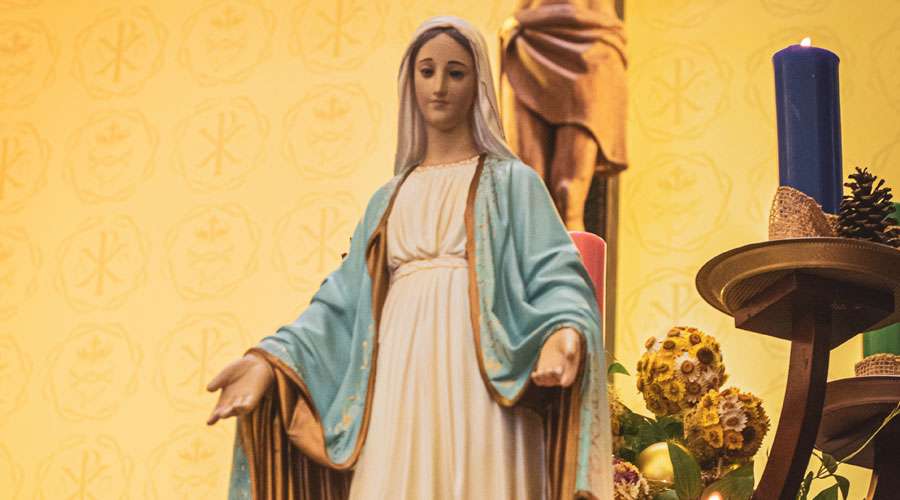 The international platform CitizenGO brought to London the more than 215 thousand signatures of those who reject the blasphemous film “Benedetta”, in which the lesbian relationship of two nuns is shown and in which an image of the Virgin Mary is desecrated.

CitizenGO took the signatures to the Royal Festival in London where the film was shown, and where the members of the platform warned “that it is a highly blasphemous film, which freely offends Christians.”

“This is simple pornography with anti-Christian hate content,” he lamented.

The platform indicated that they brought the signatures so that “the world of cinema would know that there is a social movement wounded by this gratuitous attack on our faith”, given that “they intend to release the film in cinemas around the world in the coming weeks.”

CitizenGO also promoted the showing of some signs on vehicles warning of the film in London. One of the messages states that “Making fun of Christians is not art!”

WARNING: The description may hurt the reader’s sensitivity

“Benedetta”, a French film directed by Paul Verhoeven (83) and produced by Pathé Films AG based in Zurich (Switzerland), was released in July this year at the Cannes Film Festival and has also been screened at the San Sebastian Festival .

The script was written by David Birke and Verhoeven, and is adapted from the novel “Shameless Acts” by Judith C. Brown.

The film tells the story of Benedetta Carlini, a woman who “supposedly had spiritual visions since she was a child”, would have received the stigmata of Christ and who “entered a convent in Pescia (Tuscany) in the seventeenth century”.

CitizenGO explains that “the director explicitly recreates” scenes that show Benedetta performing an “erotic-lesbian game with a cellmate, Bartolomea.”

At the end of September the Spanish newspaper El Mundo published an article stating that the director of the film “Paul Verhoeven (83) retains the same indecent and filthy look that he has been exhibiting for half a century, when he became known as a filmmaker with ‘Turkish Delights’ (1973) ”.

“Scenes such as Sharon Stone crossing her legs in ‘Basic Instinct’ (1992), the pole dancing in ‘Showgirls’ (1997) or the pistol aiming in the crotch of ‘Robocop’ (1987) are already part of the popular iconography. But age has not appeased the disturbing interest of the Dutch director, “adds the newspaper.

“The story of Benedetta serves Verhoeven to return to his obsession with the body and its processes of flowering and degradation”, the text refers.

CitizenGO also reports that the Huffington Post published this comment about the film “It was one of the worst films of my life …. I thought it was a film made by men for men. A kind of hyper-disturbing pornographic film (…) I did not expect such violent scenes. It is very crude ”.

The CitizenGO petition indicates that the filmmakers “not only gloat over the homosexuality of consecrated people, but also show them obtaining sexual pleasure with an image of the Virgin.”

“It has offended not only me but also the community of 2 billion Christians in the world. I am sure that they would never have dared to do such a barbarity if it were Islam or Muhammad. “

To sign the petition you can enter this link https://citizengo.org/es-lat/ot/204315-paremos-pelicula-blasfema-benedetta