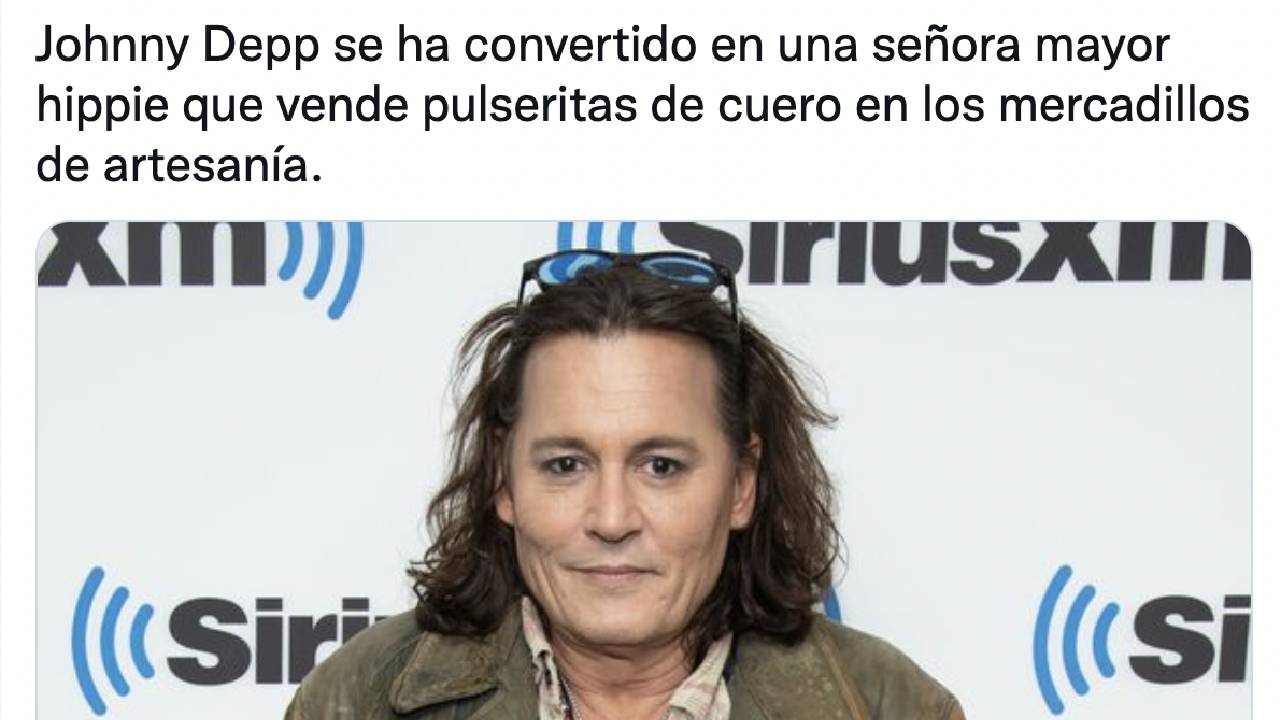 Shaving seems not to have been a good decision for Johnny Depp, now he is nicknamed “ma’am” or “aunt” for his appearance quite different from what we were used to

personal brand to Johnny Depp is relentless. From the time he became everyone’s idol thanks to his portrayal of Jack Sparrow in Pirates of the Caribbean, to the trial he won for defamation of his ex-wife Amber Heard, we’ve got a good look at him. This week, the actor caused controversy again for being chosen as Rihanna’s guest at the parade of her Savage x Fendy lingerie line.

To the interpreter of the main theme of Black Panther: Wakanda Forever they try to cancel it because of the little sorority shown towards the actress, who has been publicly humiliated, according to the point of view of many groups and the documentary Johnny vs. Amber: Judgment Day on HBO Max. The same thing happened when, a few days after emerging victorious from court in Virginia, Depp was an astronaut invited to the MTV Video Music Awards.

Shaving off his mustache and beard has not been his best decision either. In his attempt to rejuvenate and cleanse all the evil that the legal process against the Aquaman actress attracted him, he thought that looking hairless was going to be something positive. Perhaps for him, not so, the fans, detractors and trolls on social networks. “oh my god she looks like my mom” or “He already looks like Mickey Rourke”, are some of the comments that have been made to him.

This is the photograph that exhibits his change: hipster hat, long, disheveled, loose hair; outlined eyes, duck facewrinkles on the cheeks and bulging cheekbones, perhaps due to some cosmetic fix, and adding the filter that he has put on, shows him as a person much older than his 59 years. The funniest thing, obviously, all the opinions on Twitter where they give him nicknames.

Hopefully it is not the last thing in this social network that has already begun its decline as a result of the purchase of Elon Musk and the verification for eight dollars, whose first victim of identity theft was Tobey Maguire. Any way at all, memes are always the order of the day for the next independent film star La Favourite, where he will give life to King Louis XV.

“Johnny Depp has already metamorphosed into a lady“said @Natjiusshka__. The lady from Deep. “She has all the vibes of a lady who survives a zombie apocalypse,” “Aunt Juanita”, “The Denisse de Kalafe universe is expanding“, attached, this one, with some photos where he is compared with the singer and Fher, vocalist of Maná. “Johnny Depp has become an old hippie lady who sells leather bracelets in craft markets”, finished @DoggoAdicto.

They compare Johnny Depp with an old lady after makeover