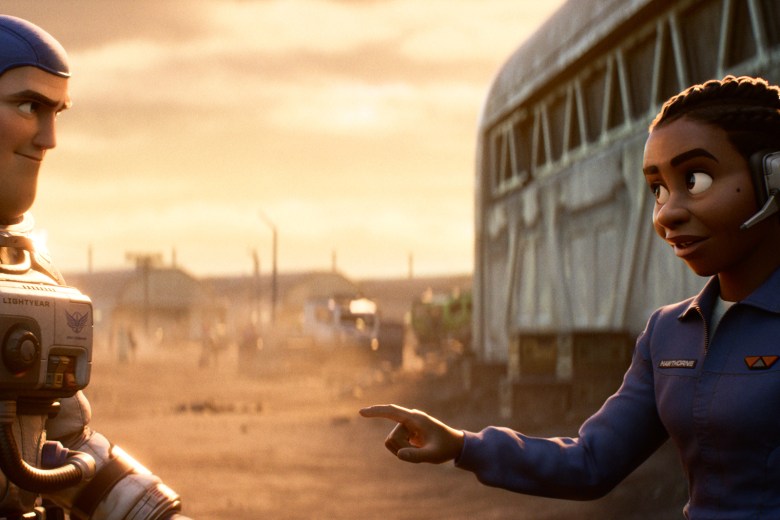 When homophobia is part of state policy, the least that can happen is that cultural works in which homosexuality is shown in a way consistent with knowledge of sexology and, of course, with inexcusable respect for human rights, are censored throughout a country. Thus, it cannot surprise us that Saudi Arabiawhere reigns sharia lawflatly refuses to allow the film to be released in its cinemas Lightyear (2022), the new Pixar.

The reason is a simple kiss between two characters of the same sex that they are a couple, something with little relevance in the plot of adventures and science fiction under the orders of Angus MacLane and that is included as a detail of normality. But the sad thing is that it rains pours on this matter. And not because the Saudis and company have already prevented the release of other feature films, from Eternals either West Side Story (2021) until Doctor Strange in the Multiverse of Madness (2022), by the same reasons.

During the controversy over the homophobic law “Don’t say gay” approved in Florida, with which it is intended to prevent teachers from explaining issues about sexual orientation to children from preschool to third grade, there were protests against The Walt Disney Company and Pixar itself for having eliminated of lightyear precisely the same kiss why they have now banned it in Saudi Arabia, and that were forced to restore on your footage.

‘Lightyear’, the fourth Disney film banned in the Persian Gulf for homophobia in two years

The countries of the Persian Gulf closed the door to Eternals by Brian Tyree Henry’s Phastos character and her husband, Haaz Sleiman’s Ben. In the case of remake of West Side Story, it was due to Anybodys, who is played by Iris Menas; and in that of Doctor Strange in the Multiverse of Madness, to Xóchitl Gómez’s América Chávez, who also has two mothers, Elena and Amalia, who are played by Ruth Livier and Chess López. Three films that are owned by Disney like the ones from Pixar.

Y Lightyear has joined the blacklist of Islamic homophobia for Commander Alisha Hawthorne, voiced by Uzo Aduba, and his partner. The United Arab Emirates Media Regulatory Office has not authorized its public screening because, with homosexuality outlawed, such a simple display of affection between two women constitutes a “violation of the country’s media content standards”. And the same is happening, unfortunately, in Saudi Arabia.