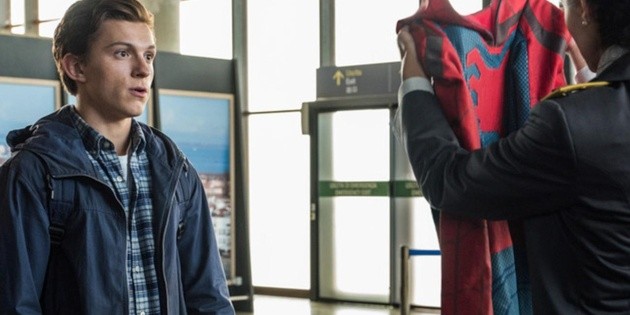 Spider-man: No Way Home is slowly approaching its release date of the December 17 and the public’s expectations are growing day by day. The film, which will be part of Phase 4 of Marvel, He is currently in a shoot that began last year. After the months of filming, the patience of the fans is running out and that’s why they ask for at least one trailer. The production gave them the pleasure, although it was not exactly what they expected. Look at the trolling!

“We finally have the trailer for Spider-Man: No Way Home that we’ve been waiting so long to see.”It was the post that went viral because I attached a photo of a truck plotted like the tape and not a video. The official account shared the image and In a short time he gathered more than 86.3 thousand likes on Twitter.

The truth is that since the recordings began in November, the film starring Tom holland kept a very low profile and just shared some pictures of the actor on the set. The latest news had to do with the name, that was presented on February 24 with a video that brought together the Spider-Man interpreter with Zendaya Y Joe Batalon.

In fact, everything is mysterious around Spider-Man: No Way Home. Since the inclusion of Jamie Foxx as Electro and the announcement of Alfred Molina as Doctor Octopus, they began to think of a multiverse. Even Feige confirmed that the movie will have connections with Doctor Strange in the Multiverse of Madness.

However, the rumors gradually fell away. The chance to see the Spider-verse, with the participation of the three versions of the character, they vanished when Holland totally dismissed it. In the last hours, Andrew Garfield also came out to deny his performance in the film.