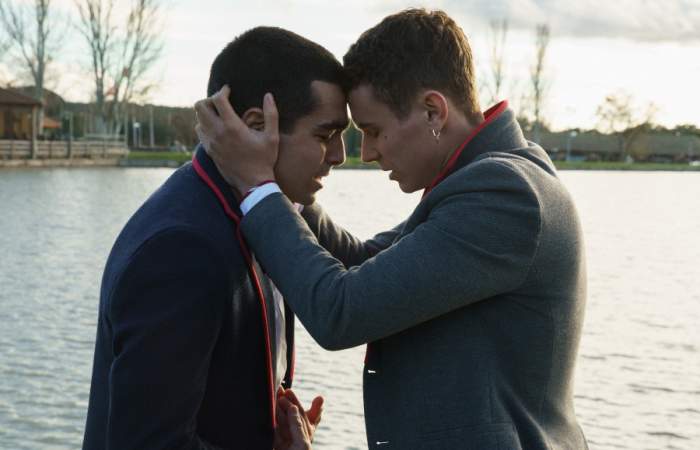 Like every month, the popular streaming service announced the movies, series, documentaries and anime that it will premiere next month.

In this opportunity, Netflix in June will arrive with some consilient successes, such as the series Elite, or with the movies of The house of flowers, but it will also bring some captive tapes to the screen, such as The KKKlan infiltrator.

Here you can schedule yourself with the premieres that you will see throughout the month.

June 4 will arrive Sweet tooth, the fantasy series based on the homonymous comic by Jeff Lemire. This film created for Netflix is ​​directed by Jim Mickle, which shows a post-apocalyptic world, where a child half human and deer, seeks a new beginning with his protector.

A few days later you can continue with the second season of Lupine (11th of June), the production created by George Kay in collaboration with François Uzan, and which stars Omar Sy, who plays a refined criminal whose life model is Arsène Lupine, the famous literary character created by the writer Maurice Leblanc.

Likewise, on the 18th of that month it will be the turn of the fourth session of Elite, one of Netflix’s most popular Spanish productions that debuted in 2018 with crimes, secrets and romances inside Las Encinas, the prestigious school for rich kids.

This time new characters arrive, such as a strict director (played by Diego Martin), who will redirect the venue. Next to him appear his three children adolescents and pampered who will be a new source of conflict.

If you like anime, then get ready for June 3, when the feature film is released. Pretty Guardian Sailor Moon Eternal, the sequel to the popular original manga by Naoko takeuchi. ANDsTa is situated in April, when a total solar eclipse occurs in Tokyo. It is in this context that the Earth is completely dark, and the Sailor Guardians must come together again to recover the light.

That same day you can hit “play” Dancing Queens, a Swedish film by director Helena Bergström, which tells about a girl from a small town who dreams of becoming a dancer. To achieve this, he pretends to be a man and shows up at a struggling drag club.

It will also hit the screen The House of Flowers: The Movie, about the De la Mora sisters, who hatch an evil plan to break into the old family home. Everything, to recover a hidden treasure (23 of that month).

That is not all, they will also present The KKKlan infiltrator, Spike Lee’s comedy and winner of the 2019 Oscar for Best Adapted Screenplay. The film is based on the book Black klansman by Ron Stallworth, and tells of Ron, who became Colorado Springs’ first black cop in 1979.

However, his superiors do not welcome him, because they are openly racist. It is in this context that this uniformed man and his fellow Jew Flip begin an almost suicidal mission: infiltrate the local Ku Klux Klan and dismantle it.

For boys and girls a must is Super Monsters: Once Upon A Fairy Tale (June 1), where they will enjoy the children’s songs and stories of Goldilocks or Hansel and Gretel, but reinvented.

Well varied in themes will be the offer of documentaries that will arrive on Netflix in June.

Feline lovers won’t want to miss outr Cats: an ode to cat love (June 5), with the adventures of a mischievous group of Dutch cats

If you prefer true crime stories, pay attention to the miniseries Sophie: a murder in West Cork (June 30), an investigation into the murder of the French Sophie Toscan du Plantier.

In addition, this month you will be able to see two titles related to popular music. One is Elvis Presley: the king of rock & roll (June 1), a docuseries on the legend of Memphis.

The other is This is pop (June 22), where different created people first relate unknown facets of pop.