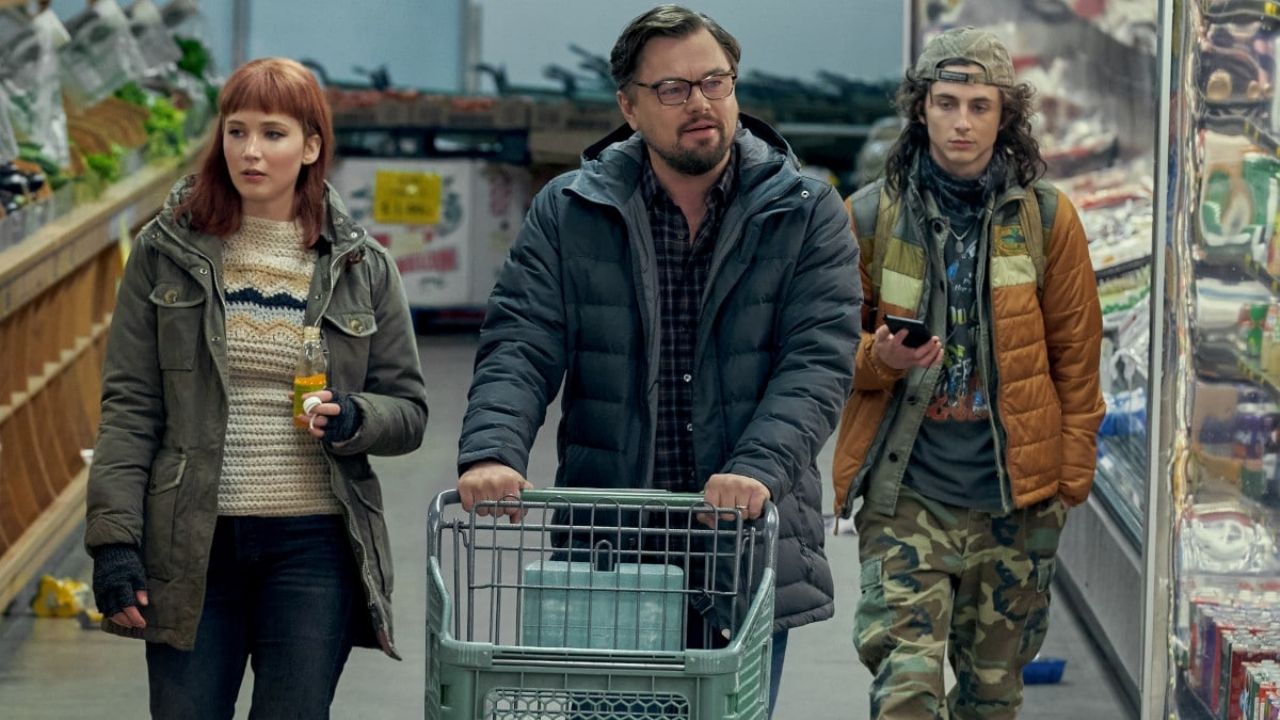 Netflix It is one of the platforms with the highest number of subscribers in the world. As usual every week, the service’s catalog is constantly renewed with new proposals that include a large number of films, series and documentaries.

Almost passing the last week of the year, the Netflix users have turned to see the recent releases of the platform, as well as to see some others that were outside of the latest trends. Here is a review of the most viewed Netflix titles in Latin America.

This is one of the latest Netflix releases. The film directed by Adam McKay that has a first-rate cast led by Leonardo Dicaprio, Jennifer Lawrence, Meryl Streep, Cate Blanchett, and many more.

The plot of Don’t Look Up follows a group of scientists who discover a meteor with destructive characteristics is approaching Earth, so they will try by all means to warn humanity that the end is near, but will they listen?

The popular spin-off of the Fast & Furious saga, which focuses on the characters of Luke Hobbs (Dwayne Johnson) y Deckard Shaw (Jason Statham), who clash again after Hobbs locked Shaw in jail after he tried to kill him. Now they must come together again to fight the terrorist Brixton Lore (Idris Elba |).

3. A not so cool Christmas

Another of the most watched Netflix titles is Grumpy Christmas. It is a Mexican production directed by Raul Martinez which acts as a sequel to Un padre not so padre, released in 2016.

This time, a family trip to the beach turns into chaos when Servando and Alicia, Alma’s aunt, start a ruthless competition to take control of Christmas.

4. Vicky and her mystery

This French production revolves around Vicky, a young woman who lives with her father, and who has been secluded after the death of her mother, to the point where she has stopped talking. When the father and daughter duo move to Cantal, they will have a new and life-changing member of their family, a puppy named Mystery.

One of the great holiday classics is El Grinch. This 2000 film is directed by Ron Howard and is inspired by the classic tale How the Grinch Stole Christmas !, written by Dr. Seuss in 1957.

The drama starring Sandra Bullock it continues to position itself at the head of the most watched Netflix in recent days. The Unforgivable follows the story of a woman who tries to rebuild her life after serving a sentence in prison, while searching for redemption and for the sister she should have abandoned.

The film stars Viola Davis, Vincent D’Onofrio, Jon Bernthal, Aisling Franciosi, Rob Morgan, Richard Thomas, Emma Nelson and Linda Edmond. Since its premiere, the film has received conflicting reactions from critics, so it is surprising that it continues to be the most viewed on the platform.

The first installment of the new Spider-Man trilogy starring Tom Holland. In this first adventure Peter Parker assumes his identity as Spider-Man, trying to balance his life as a teenager and trying to sustain his days as a superhero. Still under the tutelage of Tony Stark, Peter discovers a dangerous new villain who threatens to destroy everything: the Vulture (Michael Keaton).

8. A thousand kilometers from Christmas

This Spanish film tells the story of Raúl, a man who despises Christmas, mainly because most of the misfortunes of his life have happened to him during the holiday. That is why it will not be easy at all when you have to go to audit a nougat factory in Valverde, in a small town that goes out of its way for Christmas.

It is one of the first posthumous productions by Verónica Forqué, which also includes performances by Tamar Novas, Andrea Ros, Peter Vives, Fermí Reixach, Sergio Pozo, and Daniel Barea Cabrera.

Is Original animated strap from Netflix tells the story of a group of animals that live locked up in a reptile house in Australia and that day by day delight humans with their qualities. Tired of their life in captivity, they decide to escape to Outback, a place where they will fit in without being judged.

This 2007 feature film follows the story of Willy Beachum (Ryan Gosling), a young and ambitious prosecutor whose career is on the rise. At the same time, Ted Crawford (Anthony Hopkins), a middle-aged engineer, has just murdered his wife in cold blood. The fate of both will meet in an indecipherable trial, where the crime has become as complex and unpredictable as Crawford.

These are the 10 most watched Netflix movies in Latin America