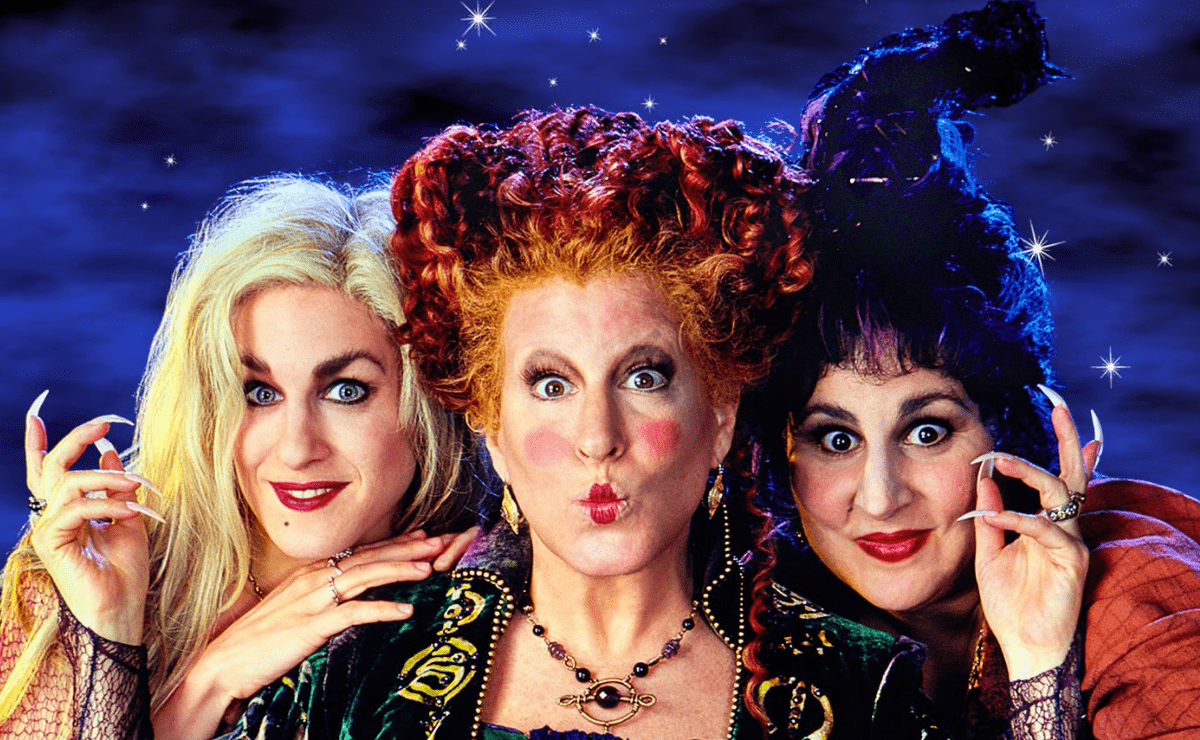 The 90s film announces its return with the original witches and they have finally announced the date it will arrive on the platform of Disney +, since it has become a Disney classic, which does not intend to end because the three witches will return.

The three cute witches of Abra Cadabra They will return with more adventures, as Disney has assured, since its sequel already has a return date and this time we tell you how long you can enjoy it.

Abracadabra, undoubtedly became a classic of children’s cinema, so Disney + will add the second part to its platform.

It may interest you: Sequel to Hocus Pocus, is the new Disney proposal

Hocus Pocus 2, the original name of this movie, will come with more adventures starring our beloved witches.

The film Abracadabra will arrive on the Disney + streaming platform after the first part was released 28 years ago, starring Bette Midler, Sarah Jessica Parker and Kathy Najimy, who played the Sanderson sisters.

It should be noted that at the end of 2019, the arrival of this sequel was announced; However, it was not known when it would be released and who would be the ones who would participate, so some comments arose from the fans, since they asked that the cast not be modified to avoid changes in the characteristics of the emblematic characters.

Given this, it was mentioned that the original cast will continue and that has brought great responses from the public who are already eager to see the sequel to Hocus Pocus.

Hocus Pocus 2 will be released on Disney + in Fall 2022; It is worth mentioning that it will only be exclusive material of said platform, since it cannot be seen anywhere else.

The first installment of Abracadabra follows the adventures of a trio of witches who arrive in a small town in the United States, where, coincidentally, they celebrate Halloween.

It may interest you: These are all the Disney + premieres for June 2021

After their arrival, the sorceresses begin their plans to regain the youth they have lost and, in this way, conquer the town, however, their plans are affected by the young Max, Allison and the girl Dani.

As for the second part of Abracadabra, it is unknown what the plot of this is, as Disney has not given more details, but assured that it will be full of adventures.

It should be noted that in principle, the sequel was going to be directed by Adam Shankman, but he had to give up his position to Fletcher since the filmmaker is immersed in the filming of another project that Disney has recovered for its platform: the second installment of “Enchanted “, Which this time will be titled” Disenchanted “, and will once again feature comedian Amy Adams as the lead.

The trend of reviving film and television classics continues to rise and that is how the next hit to be released will be ‘Hocus Pocus’ 2 with Sarah Jessica Parker, Bette Midler and Kathy Najimy, the original cast.

In fact, our dear Carrie released the news through her Instagram account and then her companions followed in her footsteps.

We are facing a sequel to the legendary 1993 film, directed by Kenny Ortega, which in our country was entitled ‘The Return of the Witches’.