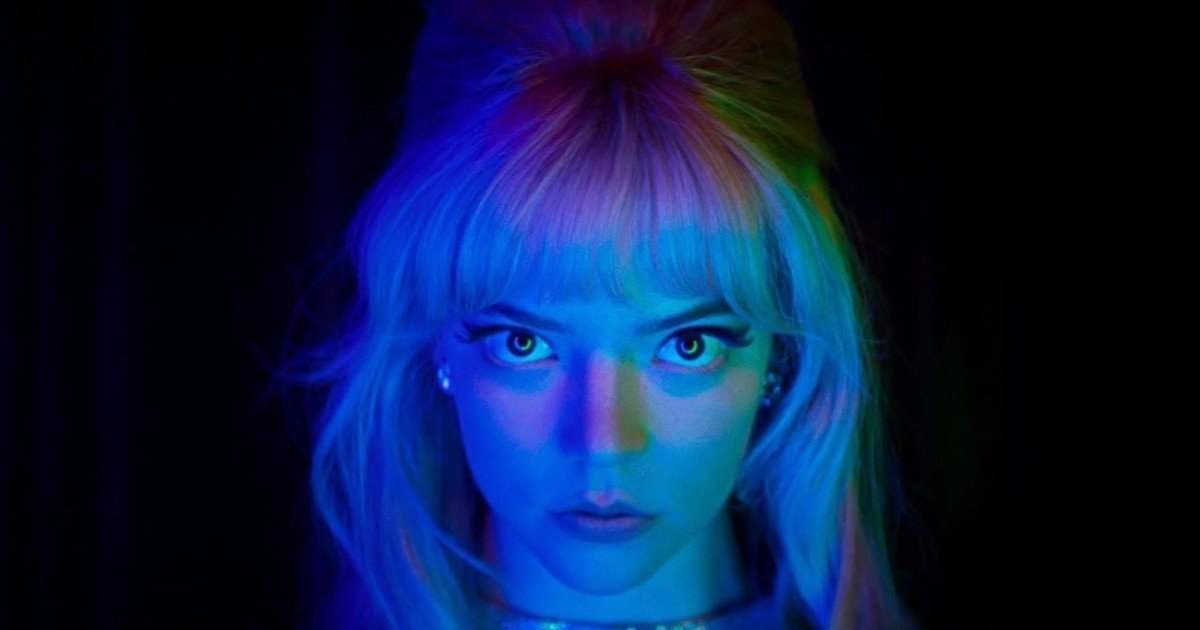 Anya Taylor-Joy, the actress of Lady’s gambit, from Netflix, is always news. This Saturday she was the host at Saturday night LiveHe spoke in Spanish and made reference to Argentina.

And a few hours later, the first teaser for his new movie, Last Night in Soho, has been uploaded to social networks.

To see the first trailer for Last Night in Soho, by Edgar Wright, we just have to wait until this Tuesday, May 25. What was released is the teaser, a brief preview in which only images are seen – without any dialogue – that are suggestive of what the film can be.

This is how Anya appears in “Last Night in Soho”. Photo: Focus

And in it appear Anya Taylor-Joy and Thomasin McKenzie (Elsa, the girl who was hiding from the Nazis in the house of the protagonist of Jojo rabbit).

“It is very claustrophobic. The colors are very intense. It’s a very well-run acid trip. I think people will like it, you definitely won’t get bored, ”Anya told Indiewire, with respect to the movie.

He continued: “Wright loves movies. Love any form of art. It’s really fun talking about music with him. He just knows everything. I don’t know how it all fits in his head. I loved. He loves choreography and things happen with rhythms. It is not quite at the level of Baby driver, in which exact car chases are coordinated to the beat of the music, but I perform in the form of rhythms in my head. I count them myself and he says them out loud. So it’s wonderful to do that. “

Anya with Matt Smith, Prince Philip in the first two seasons of “The Crown.” Photo: Focus

What is the film about

If to clarify a little what the film is really about, we appeal to the official synopsis, we are left with the following:

“A young woman with a passion for fashion design is mysteriously capable of stepping into the 1960s, where she meets her idol, a dazzling aspiring singer. But the London of the sixties is not what it seems, and time seems to be unraveling with grim consequences. “

Of horror. Thomasin McKenzie, the young woman who was hiding in the house of the protagonist in “Jojo Rabbit”, in “Last Night in Soho” Photo: Focus

Apparently it is Eloise (Thomasin McKenzie) who will become obsessed through a mysterious connection with Sandy (Anya Taylor-Joy).

Wright also gave his opinion. “There is something I have in common with the protagonist, and that is that I have a lot of nostalgia for a decade in which I have not lived. Think of the London of the ’60s. What would that be like? Isn’t that what she imagines? “

The film is from the same director as “Baby Driver”. Photo: Focus

“I know some of you may be disappointed (by the delay), but I hope more of you can experience it the way we intended: in the dark, on a big screen, with an audience. See you at the movies ”, the filmmaker had said on his Twitter account a short time ago.

And keep an eye out for the 47-year-old English director: it is announced that his next project is The fugitive (in English: The Running Man), based on the science fiction novel written by Stephen King, published under the alias Richard Bachman in 1982, set in a dystopian future in … 2025.

“Last Night in Soho” takes a trip back in time to Soho, the London neighborhood in the ’60s. Photo: Focus

Wright, in addition to the already mentioned pr Anya Baby driver, directed the horror comedy Dead of laughter, the comedy Fatal weapon Y Scott Pilgrim vs. the exes of the girl of his dreams, among other feature films.

The film will be released in theaters only on October 22, 2021, apparently, and despite the fact that it has had many changes in its premiere date due to the coronavirus epidemic, it would continue in post-production, and it is not ruled out that it will be part of the Festival de Cannes (will be known next week) or Venice.

The lead male role is played by Matt Smith, who played the recently deceased Prince Philip, Duke of Edinburgh, husband of Queen Elizabeth II in the first two seasons of The Crown.

Anya Taylor-Joy, in her appearance on “Saturday Night Live” this Saturday, May 22nd. Photo Capture TV

And we will see Matt Smith in House of the Dragon, the series that will serve as a prequel to game of Thrones, as Daemon Targaryen, a more or less close relative of Daenerys.

Also starring is the young Jessie Mei Li (who like Alina Starkov stars in the recently released Netflix series Shadow and Bone) and veteran Terence Stamp (The Adventures of Priscilla, Modesty blaise, or Theoremby Pasolini).

Matt Smith, as the Duke of Edinburgh in the first two seasons of “The Crown.” Photo Clarín Archive

And it was the last performance of Diana Rigg, who played Emma Peel in the television series The Avengers (nothing to do with Mavel’s Universe) and that she was Olenna Tyrell in 18 episodes of game of Thrones. Rigg passed away on September 10, 2020, at the age of 82.

In fact, and unfortunately, Rigg was too ill to participate in the additional dialogue recordings that were required to finish the film.

The script of Last Night in Soho is the work of the director with Krysty Wilson-Cairns, who was nominated for an Oscar for the libretto of 1917.