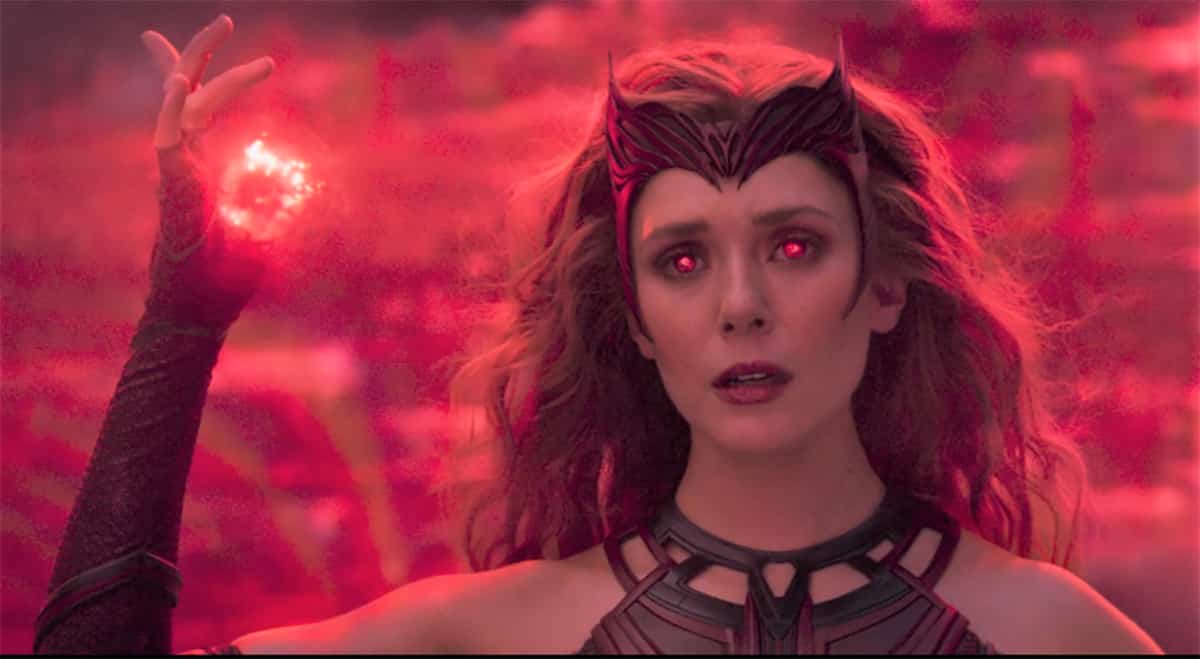 The first images of Doctor Strange have already been seen in the multiverse of madness, and with them the new look of Elisabeth Olsen as Wanda (notice of spoilers for Spider-man: No way home)

Now what Spider-Man: No Way Home is officially in theaters, the next Marvel Studios film production to hit theaters will be Doctor Strange in the multiverse of insanity. A film that will reunite the Sorcerer Supreme with Elizabeth Olsen’s Scarlet Witch, the sequel will see the duo meeting new ones in the MCU and more familiar ones as they go through the chaos caused by the Multiverse.

New filming for the film is expected to wrap up soon, and the additional footage has been reported to include more cameos and characters inspired by the success of the Loki series and the Spider-Man series.

The merchan for the Doctor Strange sequel has revealed that Baron Mordo and Wong will feature completely new costumes, as well as providing the first image of America Chávez from Xochitl Gómez and a mysterious green minotaur.

The fans who have already seen Spider-Man: No Way Home (and they stayed until the end of the credits) got to see for the first time what the sequel to Multiversal has to offer, including the new look for Wanda Maximoff.

Instead of the typical scene that usually anticipates what can come in the following Marvel projects or some inconsequential scene, No Way Home decided to present the first trailer of Doctor Strange in the Multiverse of Madness, somewhat unusual but for a Sony property, also to be expected.

The new footage offered new looks at what Scarlet Witch has been up to since WandaVision, now apparently living a rural lifestyle in isolation. Instead of staying close to the mountains like in WandaVision’s post-credits scene, Wanda is set up in a country house surrounded by white-leaved trees and rolling hills. He even has some sheep to keep him company.

But why the change of scenery? Is this an entirely new location that Wanda has moved to, or is it perhaps a new Westview-like hex that Scarlet Witch has crafted to isolate herself?

Wanda may still live near the mountains, but she has simply created a bubble for added protection against outsiders with a new atmosphere inside. Alternatively, the mountain aesthetic could have been part of a new Hex, with Wanda changing her surroundings to suit her mood.

Another explanation is that it was actually an astral projection that Wanda has placed as a decoy. The post-credits sequence of WandaVision showed that Scarlet Witch had mastered the ability to project herself while performing another task, so Wanda could be employing this tactic to trick the outside world into thinking that she is somewhere else. Perhaps a decoy is being used while Wanda continues to study magic in the mountains, or explores the Multiverse for her children.

How much do you know about the multiverse?

In any case, Doctor Strange has located Wanda to ask for her help. Wanda expects to be reprimanded for her pot going in Westview, but the former Sorceress Overlord is not interested in the matter at this time. Instead, Strange reveals that he needs a helping hand before asking him how much he knows about the Multiverse.

Many expected that WandaVision launched the MCU Multiverse, but it wasn’t until Loki about six months later that it officially kicked off. So why has Strange come looking for Wanda specifically? Perhaps the reason is his status as a Scarlet Witch, and his powerful magic that has motivated him to do so.

Marvel Studios has yet to fully explain the Nexus commercial for WandaVision and whether it connects with the notion of Nexus events set in Loki or the concept of Nexus beings that originated in Marvel Comics. If it’s the latter, this may be the connection Strange is looking for.

In the comics, Nexus beings can greatly alter the timeline of reality that exists by manipulating probability. Perhaps her status as a Scarlet Witch makes her a Nexus Being, granting Wanda powers worthy of playing with the Multiverse. Strange may need these powers in a pinch as he traverses the Multiverse.

Alternatively, Strange may have found out about Wanda’s multiversal call. The voices of Tommy and Billy Maximoff could be heard in the post-credits scene of WandaVision, which may have prompted Wanda’s search for how to access the Multiverse. Perhaps Wanda has amassed a great deal of knowledge about alternate universes, which Strange will need if he’s ready to travel insane.

Another moment in the trailer shows Wanda in a new outfit, her legs crossed over a circle of candles. The new Scarlet Witch costume is slightly different than what we saw on WandaVision, with this new version simply spreading the sleeves up to cover her shoulders. Otherwise, the suit looks fundamentally the same from tiara to tip. So why the change?

Maybe the costume change could mean something about Wanda herself. What if this Wanda is a variant?

Some rumors of the Multiverse of Madness indicate that Wanda will face a character related to Fox in the film, potentially positioning her in a more villainous role. The fact that there is an evil Doctor Strange in the trailer makes this even more likely, so why not have an evil Wanda? The sleeve variation could indicate which witch Wanda is, which could indicate a switch between the two to get the upper hand over Strange.

Either way, Wanda appears to be casting a spell right now, although exactly what is unclear. Perhaps he is trying to summon his children across the Multiverse, or at least versions of them that do not have their mother.

Wanda could also simply be looking out into the expanses of the Multiverse here to search for her little uncles. Strange struck a similar pose when analyzing 14,000,605 possible futures in Avengers: Infinity War, so this may be the optimal position for a sorcerer to look out into the universe for answers.

Now that Wanda has successfully risen to accept her title as Scarlet Witch, the Doctor Strange sequel is poised to explore much more than Maximoff is capable of. The Sam Raimi-directed film will unite Wanda with Stephen Strange, but there is always a chance that the Scarlet Witch’s own motives could defeat her. Let’s hope, for Strange’s sake, we don’t get to that.

Doctor Strange in the Multiverse of Madness will hit theaters on May 6, 2022.