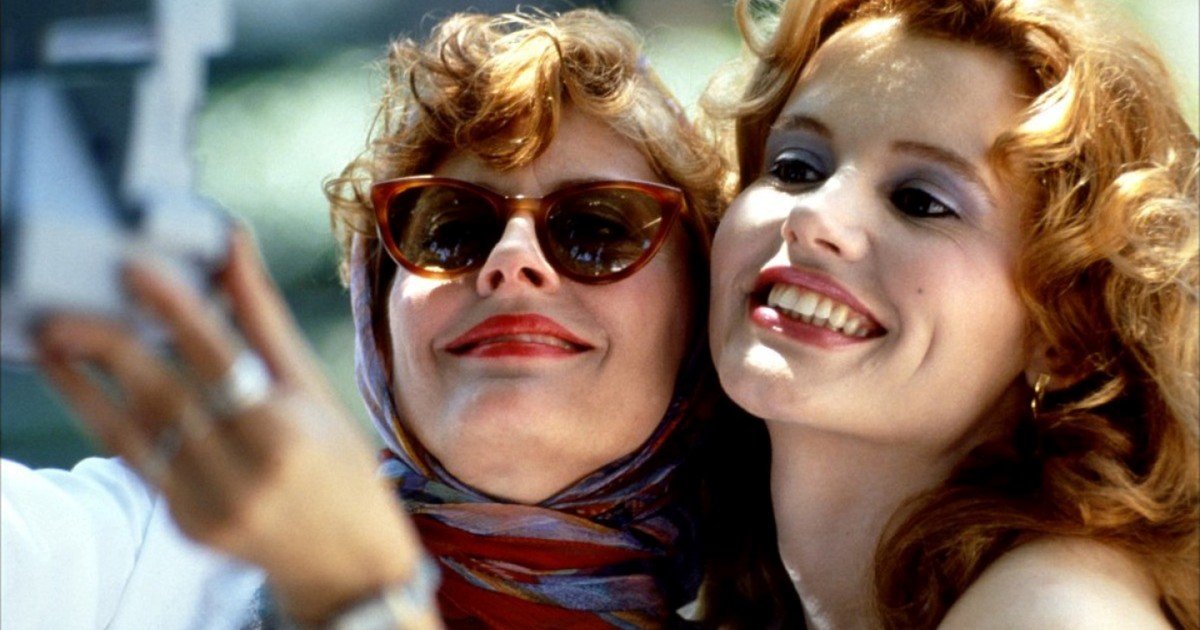 Two women, best friends, jumping into the void with their car to escape machismo and violence in their homes. The last scene of Thelma & Louise, directed by Ridley scott, it still impacts memory. The film, released in 1991, is turning 30 years old and its marks still remain in popular culture.

The road movie with its feminist and tragic heroines, starring Geena davis (Thelma Dickinson) and Susan Sarandon (Louise Sawyer), among other things, he broke schemes, he anticipated the MeToo, brought to the fore the sisterhood of two empowered women, launched Brad Pitt, and inspired the theme Two days in the life, from the most successful album of Fito Paez (The love after Love) and that the musician performed with Celeste Carballo and Fabiana Cantilo.

Callie Khouri was the brain behind this story. His script, which took the Oscar for Best Original Story, He had to overcome several prejudices before, such as the fact that the protagonists were two women who decide to make a radical change in their lives and go to the last consequences.

The screenwriter presented the project to Ridley Scott, who first thought of joining only as a producer. But faced with the refusal of many colleagues to direct it, he decided to take the lead.

The first actresses Scott and Khouri thought of were Michelle Pfeiffer Y Jodie foster. On the other hand, George Clooney auditioned for the character of the cowboy JD, a role that finally fell into the hands of a young man and then unknown Brad Pitt.

Evidently, those roles seemed destined for Sarandon and Davis, without which it is almost impossible to imagine this plot which is already part of the great history of cinema.

For the first time a friendship between women was shown in a different way, with depth and poetry, in a way in which the life of each one is modified by the bond between the two. And, also, far from the female stereotypes Hollywood was used to.

The film with Susan Sarandon and Geena Davis marked a milestone in the history of cinema.

The loyalty between them, a waitress and a housewife, in the face of the patriarchy’s mandates was an anticipation of the MeToo, to the I believe you sister and other movements that shook much of society in recent years.

And the best thing is that they did it without lifting the accusing finger, with a story in which there is humor, drama, police intrigue and an unexpected ending, coupled with great performances.

The motel sex scene between Davis and Pitt was a boldness little seen until then: he was encouraged to show freedom and surrender to pleasure without remorse. And it was also the great leap to fame for Brad Pitt.

“Thelma & Louise” With a young Brad Pitt, then an unknown actor.

Harvey Keitel, as the investigator in charge of the police case, and Michael Madsen as Jimmy, Louise’s boyfriend, they are almost the only male characters who try to understand the problems faced by these two women and your point of view.

One of the great successes of the film, which begins with the illusion of a relaxed weekend in Mexico, and ends up transformed into the escape of two common women, of an oppressive system that becomes more and more violent with them, to the point of cornering them and leaving them in front of a precipice, literally.

Two bullets echo through the film: one, the accurate shot that Louise hits the rapist of Thelma. The other, the one Thelma gives to the tanker, whose owner is a driver who delights in obscene gestures towards them, on the road. The explosion of the vehicle, in the desert before the astonished gaze of the trucker and the spectators, indicates that nothing will ever be the same for Thelma and Louise.

Aboard the Ford Thunderbird 66, with the desolate landscape of Arkansas and Arizona to the Grand Canyon of the Colorado, these two women are making their own way of heroines that It will end with a death, a symbol of freedom as a tremendous choice, in the face of a life limited by abuse and indifference.

The car with the name of a bird (Thunderbird means thunder bird, like the legendary creature of several indigenous peoples of North America) it is convertible because it allows you to take pure air from the desert in front of the hot flush of routine, drink the wind in that search for liberation.

The 24 police cars, plus the three helicopters and the dozens of uniformed men pointing their weapons at the two women in front of the abyss of the Grand Canyon was another metaphor that the film left as a gift: male power imposing itself by force against the indomitable will of two women that they only have their rebellion and their desire as weapons.

Khouri claims he wrote the script for Thelma & Louise starting with that final, puzzling and iconic sequence. And that scene was one of the ones that got the most resistance from producers and studios, before it was carried out. Even with filming underway, the director was pressured to find an alternative ending. But luckily Scott refused.

Sarandon and Davis were both Oscar nominees for Best Actresses for their performances, but that year, 1992, they lost to Jodie Foster for The silence of the inocents.

That first selfie taken with a Polaroid, where Thelma and Louise are seen, happy and beautiful, facing the holidays that lie ahead and the image of the car flying through the air in slow motion, summarize all the symbolic charge of this film .

A few years before it was released Thelma & Louise, only 29% of the central characters in major Hollywood productions were female, according to a report from the University of San Diego Center for Women’s Studies in TV and Film. And some specialized critics, at that time, did not welcome the film when it hit theaters.

From some important media, more than one considered that the film left men in a bad place and that it was only a story of revenge responded with violence. However, the film marked a turning point, made a dent, left marks.

Video: Two days in the life, the song that Fito Páez dedicated to Thelma & Louise

The musician performed it with Fabiana Cantilo and Celeste Carballo.

“I was excited and I waited with everyone else for something to change in the industry. And I waited. And I waited,” Geena Davis told The Hollywood Reporter, when 25 years of the premiere of the film were completed.

For the actress, in Hollywood, little and nothing has changed since then and that is why she decided to found, in 2004, the Institute on Gender in Media, a pioneering organization in researching the equitable representation of gender for women in the media.

For her part, Susan Sarandon had a similar reaction. “Things haven’t changed much in the last quarter century,” said the actress, also at the film’s anniversary tribute. “There was no epiphany among the movie studios, because they weren’t interested. And that the film made a lot of money, “he said.

Certainly in Hollywood there are still claims identical to those of three decades ago. However, many women around the world took feminist concepts as their own that he left as a legacy Thelma & Louise.

And, for example, a generation later, the singers Tini Stoessel and María Becerra recorded the video clip Lie to Me, with a clear inspiration in those women who led the way. With more than 40 million views, the video has to have many Thelma and Louise, on the other side, ready to go out and fight for theirs.