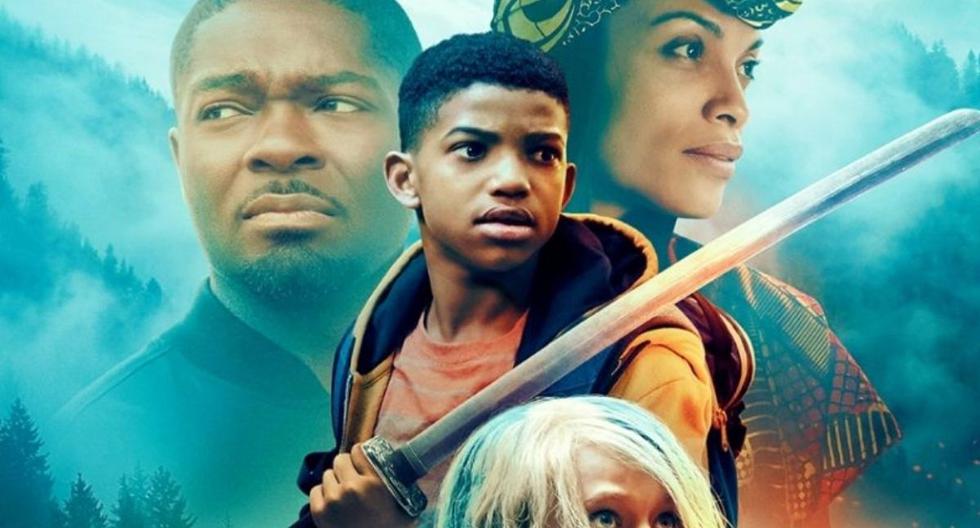 “The Water Man” (“The Water Man”) has become one of the most watched movies in Netflix. This film directed by David Oyelowo and written by Emma Needell tells the story of Gunner (Loonie Chavis), an eleven-year-old boy who lives with his mother Mary (Rosario Dawson), who suffers from advanced cancer.

MORE INFORMATION: Explained ending of “The Street of Terror (Part 2) 1978”

Far from resigned to losing his mother, the little boy decides to go on a journey in search of a mythical figure possessing the secret of immortality. For Gunner, the “Water Man” myth never seemed unreal because he hoped to help his sick mother; however, is this creature real? Here we explain it to you.

ENDING EXPLAINED OF “THE WATER MAN”

Gunner’s mother, Mary, is diagnosed with leukemia and as the days go by she begins to weaken more. Gunner, who was not fully aware of his mother’s illness because it had been hidden from him, embarks on a mission to find the “Man of Water”, a mythical figure who supposedly lived in the forest and had powers to raise the dead.

To undertake the search, Gunner goes to Jo, a girl who claimed to have had an encounter with the “Man of the Water”, since according to her it was the cause of his mark on the neck. Gunner pays Jo to take him to the place where he saw the mythical beingSo with backpacks full of food and supplies for the journey, the two boys head into the dark forest.

Gunner’s father, Amos, realizes that his son is missing and decides to go to the police to find him. While they were looking for the boy, it came out on the news that a part of the forest was on fire.

Later, the police discover that Gunner could have gone to the forest in search of the “Man of the Water”, that’s when Amos decides to go on his own to this place to find his son.

On the other hand, Gunner and Jo begin to argue because they do not know whether to return or stay to continue the search. It is at this moment that Jo reveals to Gunner that she had never seen the “Man of the Water”, So it was just a myth.

This eventually leads them to separate, Gunner decides to continue with the searcha, while Jo decides to return. As the boy is walking, he finds a house, which would be from “The Man of Water.” Gunner manages to enter the place and soon after meet this mythical being. He explains his situation to him and asks for help in order to save his mother.

MORE INFORMATION: “Damn,” why won’t it have season 2 on Netflix?

WHAT DOES THE END OF “THE WATER MAN” MEAN?

After Gunner finds “The Man of Water”, he tells him his story and the legend behind his existence; However, in the distance Jo’s voice is heard asking for help. It is at this moment that the “Man of the Water” makes Gunner see that it was his hope that made him believe in him. Hinting that nothing was real.

While Gunner escapes his imagination, he runs to help Jo, but the situation gets complicated and they get caught in the fire. Before long, Amos appears and helps the children cross the lake to safety. Days go by and in the final scene you can see the Boone family, accompanied by Jo, having dinner together at the table. This is how the movie ends.

Even if “The Man of the Water” was never real, the family and especially Gunner learned to value time with their loved ones, this being the moral of the story.