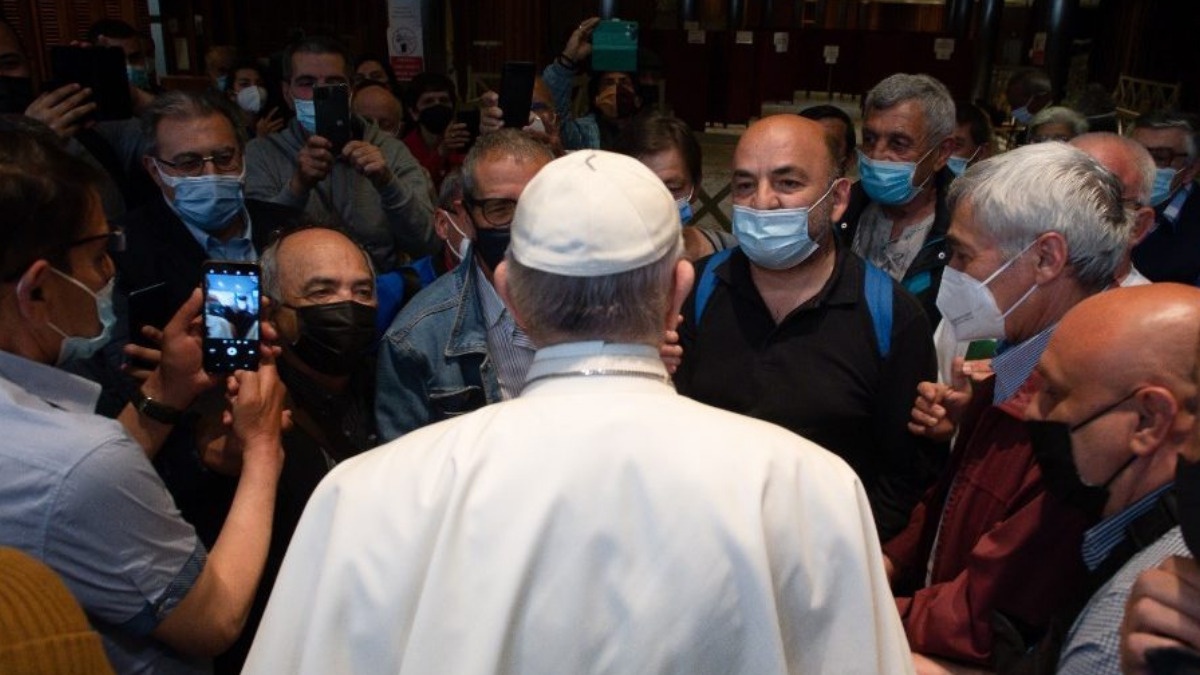 The director of the Press Office of the Holy See, Matteo Bruni, reported yesterday thatIn the afternoon, at the end of the projection of the documentary film «Francisco», organized by the director and the Laudato si ‘Foundation, Pope Francis went to the Atrium of the Paul VI Hall and met 100 people, homeless and refugees, invited to see the film while being distributed a food package, offered by the organizers.

But do you remember the aforementioned movie? ‘Francesco’ is a documentary that starred in a real earthquake in Vatican communication in October of last year. Made by Russian director Evgeny Afineevsky, the film contained part of an interview that Valentina Alazraki, a Mexican journalist for Televisa, conducted with Pope Francis in 2019.

The controversy came precisely from that extract from the interview with the Mexican journalist, which, incidentally, had not been published in the official interview. The Pope reflected on pastoral care for those who identify as LGTB. “Homosexual people have the right to be in the family, they are children of God, they have the right to a family. No one can be thrown out of the family, or make life impossible for that, ”the Pope said in the documentary.

“What we have to do is a law of civil coexistence. They have the right to be covered legally ”, assured Francisco. “I defended that,” he added. This piece of the documentary went around the world and the media sold it as an endorsement of the Pontiff to homosexual civil unions.

The Jesuit magazine America Magazine published what would be the context of the pontifical declarations. In his interview, Alazraki reminded the Holy Father of the battle he had against homosexual marriage when he was Archbishop of Buenos Aires and asked him if his more liberal appearance today is due to the grace of the Holy Spirit.

The Holy Father’s response, America indicated, was as follows: “The grace of the Holy Spirit certainly exists. I always defended the doctrine. And it is curious, in the law of homosexual marriage, it is an incongruity to speak of homosexual marriage. What we have to do is a law of civil coexistence. They have the right to be legally covered ”.

What was the context of the pope’s controversial statements?

Days later, the Vatican Secretariat of State sent a statement to the bishops of the whole world in which they tried to explain the context of the Holy Father’s words.