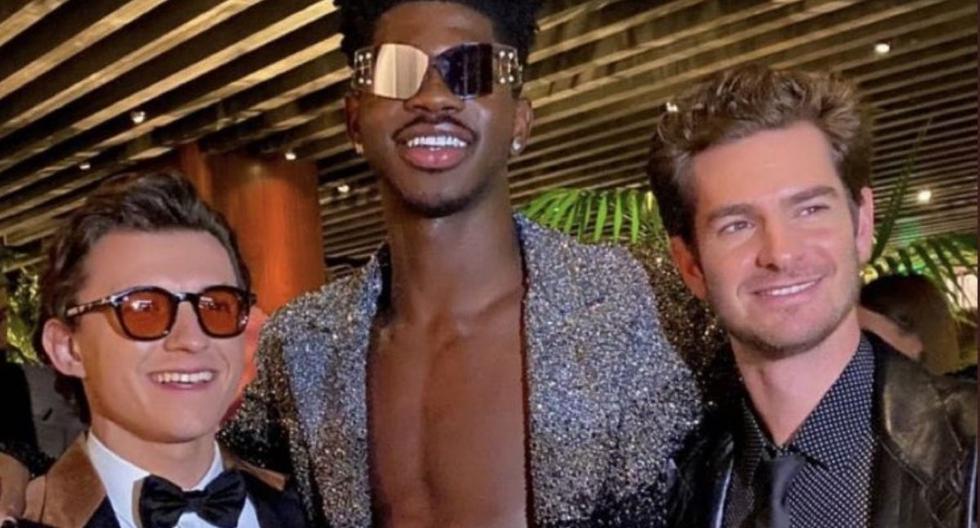 After the premiere of the second trailer for “Spiderman: No Way Home“(” Spider-Man: No Way Home “), fans of the arachnid still have hopes of seeing Tobey Maguire and Andrew Garfield alongside Tom Holland in this film, as it would bring together the three actors who have given life to Peter Parker.

MORE INFORMATION: Doctor Strange is the true villain of “No Way Home”, according to theory

Through social networks, fans have shared all kinds of theories about what will happen in the end of the trilogy that brought the Spiderman al Marvel Cinematic Universe (MCU). Also, possible clues to the spiderverse, something that undoubtedly excites many.

Although the protagonist of “Spiderman: No Way Home”Has said that neither Andrew Garfield nor Tobey Maguire will be in the film, some images that circulate on social networks have again unleashed the rumors of a possible spiderverse. Here all the details.

MORE INFORMATION: Reveal poster of ‘Spider-Man: No Way Home’ with the Green Goblin and gives clues about the villains of the multiverse

THE TRUTH BEHIND THE TOM HOLLAND AND ANDREW GARFIELD MEETING

A few days after the premiere of “Spiderman: No Way Home”, Tom Holland y Andrew Garfield have starred in one of the most anticipated moments by fans of the beloved Spider-Man.

Both actors attended the GQ Magazine Man of the Year event, developed in West Hollywood, United States. Images have circulated through Twitter where the artists look happy to see each other and even pose for the camera while embracing each other effusively.

Holland and Garfield were friendly in the photos, which hours after being shared on social networks went viral and caused all kinds of comments.

Some users on Twitter wondered where Tobey Maguire was, while others affirmed that there is a good friendship between the actors, which probably arose after they both worked on the recordings of the film. new spiderman movie.

Spiderverse confirmed? Nothing has been said yet, it only remains to wait until the premiere of the film, which will be in December.

DOCTOR OCTOPUS, ARE YOU NOW ALLIES OF SPIDER-MAN?

In principle, the new trailer for “Spider-Man: No Way Home” delves into the unexpected reappearance of villains from previous Spider-Man, because of Peter Parker himself and Doctor Strange after his attempt to return anonymity to ‘Spider-Man’ failed.

When it comes his turn to go into battle, Octopus reduces Spider-Man, but he can do no more when he discovers that it is not the Peter Parker he remembers. Later, locked in a kind of cell, he introduces himself properly to Peter, Ned and MJ and from his tone of voice, it seems that he wants to reach an agreement with the team. Why?

As well defined in the trailer, Strange has every intention of returning Octopus, Electro, Sandman, and the Green Goblin to their worlds to fulfill their destinies., die in combat with their respective Peter Parker. However, Peter is against it.

In this framework, the best way out for Octavius ​​is to ally himself with Spider-Man if he wants to stay alive. Will the rest of the villains follow in his footsteps? If so, the performance of the Sinister Six, if the team is completed in the film, would be radically different from what could be expected.

WHEN IS THE MOVIE “SPIDER-MAN: NO WAY HOME” RELEASED?

“Spider-Man: No Way Home” will be released on Friday, December 17, 2021 in the United States and Spain and the day before in several Latin American countries.

The truth behind the meeting between Tom Holland and Andrew Garfield