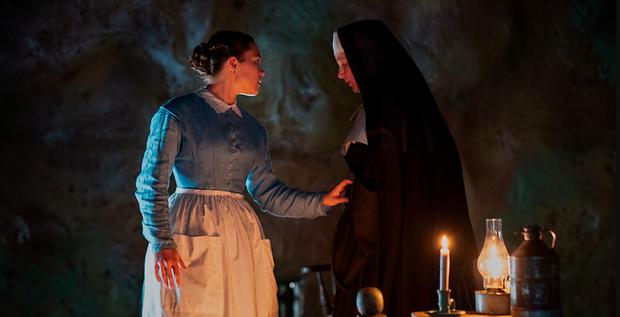 2022 has been a year full of premieres and new projects for Florence Pugh, who starred in “Don’t Worry Darling” together with Harry Styles and is now recording the second part of “Dune”. The most recent film of the actress is “The Prodigy” (“The Wonder” in English), a new proposal that joins Netflix.

The British actress rose to fame for her immaculate performance in “Midsommar”, an innovative horror film by Ari Aster. That same year, she landed a lead role in the remake of “Little Women,” directed by Greta Gerwig.

On this occasion, he has participated in “El prodigio”, made by the filmmaker Sebastián Lelio from the Chilean film “A fantastic woman”so already with those credentials, it increases all our expectations.

If you could already see the movie and you were left wondering if it is based on a true story, we will answer it here.

THE STORY BEHIND “EL PRODIGIO”, THE NEW NETFLIX FILM

“The Prodigy” is based on the eponymous novel by Emma Donoghue, who was also in charge of adapting her work to the big screen. Although the author did not capture a specific real case, she did take inspiration from several stories around what is known as “Fasting Women”.

These were young people who lived in the 19th century and he claimed that they could not consume any food for months, something biologically impossible. Donoghue set the events in his native Ireland, during the Great Famine that took place between 1845 and 1851.

“‘The prodigy’ is an invented story, but what inspired it was the very real phenomenon of ‘the fasting girl’, who claimed, or was said by others, to be able to live without eating. I came across ‘fasting girls’ in the mid 1990s, so long ago I can’t even remember where I first read about them”, explained the creator to macmillan bread.

The fictional story portrayed in “The Miracle” focuses on Sarah Jacob, a girl who claimed that she only fed on holy manna and did not consume any other food. This led to her being watched by doctors and nurses, to make sure she wasn’t lying, though this resulted in her death, as did many of her like her in real life.

Some of the logical reasoning that they tried to give to these social phenomena were that the young women did it to remain weak and not have to do their chores at home, while others ensure that it could be the first cases of anorexia.

WATCH HERE THE TRAILER OF “THE PRODIGY”

The true story behind “The Prodigy”, the Florence Pugh movie on Netflix