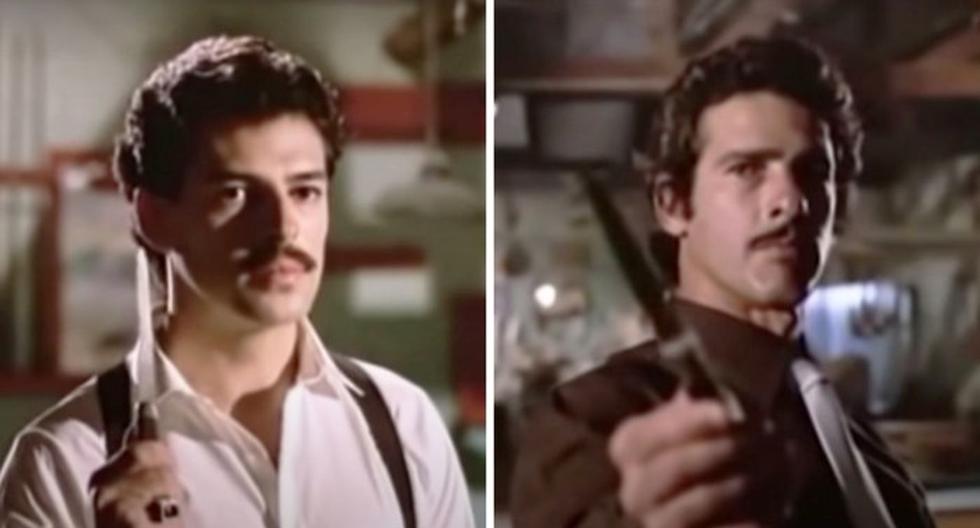 Mexican cinema has moments of action that left their mark and, without a doubt, one of them is the fight between the characters of Andres Garcia and Sergio Goyri in “Pedro Navaja”, a 1984 film directed by Alfonso Rosas Priego Jr.

MORE INFORMATION: Who is León Peraza, the actor who played Andrés García in “Luis Miguel, the series”

Andres Garcia Y Sergio Goyri They are two actors who enjoy a lot of recognition in the Mexican artistic environment. The 80-year-old Cuban actor established himself as one of the most popular soap operas, while the 62-year-old Mexican interpreter has stood out for almost always playing the role of villain.

“Pedro navaja”, tape based on the homonymous song by Ruben Bladés, introduces us to Pedro (Andres Garcia) a pimp who lives his good life and therefore attracts the attention of his enemies, among them is “El Cumbias” (Sergio Goyri).

Although 37 years have passed since its premiere, “Pedro navaja” It is considered a classic of Mexican cinema that left us with a memorable scene with the two famous interpreters. Do you remember it? Here we show it to you.

MORE INFORMATION: Andrés García and the interview that got out of control when he fired a machine gun

What few know is that it was directed by Andrés García himself, as revealed to the journalist, Gustavo Adolfo Infante.

“We were doing the fight in billiards, a fight that is world famous for how well done it is – I was directing it – so he wanted to direct it. (Alfonso Rosas Priego) argued with Goyri and told him, ‘If you want to direct, I don’t work,’ then Poncho got angry and left, he left the film, “the actor recalled.

“I already continued directing what was left, I do not remember if a week or more time,” he added.

Finally, Andrés García convinced the director and producer to return to finish the project, which became one of the most iconic of his career.

According to the synopsis of the Mexican Institute of Cinematography, “the exploiter of women Pedro Navaja lives with his lover and her brother, and is the rival of Cumbias, since they both want to control prostitution.”

“Navaja goes to jail because of a trick by Cumbias, who kills Navaja’s brother. A prostitute pays a teporocho to blame herself for Navaja’s alleged murder. Upon leaving prison, he kills Cumbias and stabs one of his former lovers for having cheated on him. Before dying she shoots him and he dies ”.

Curiously, the one who never agreed with the production was Blades himself, so he wrote “Surprises” as the continuation of the character’s story.