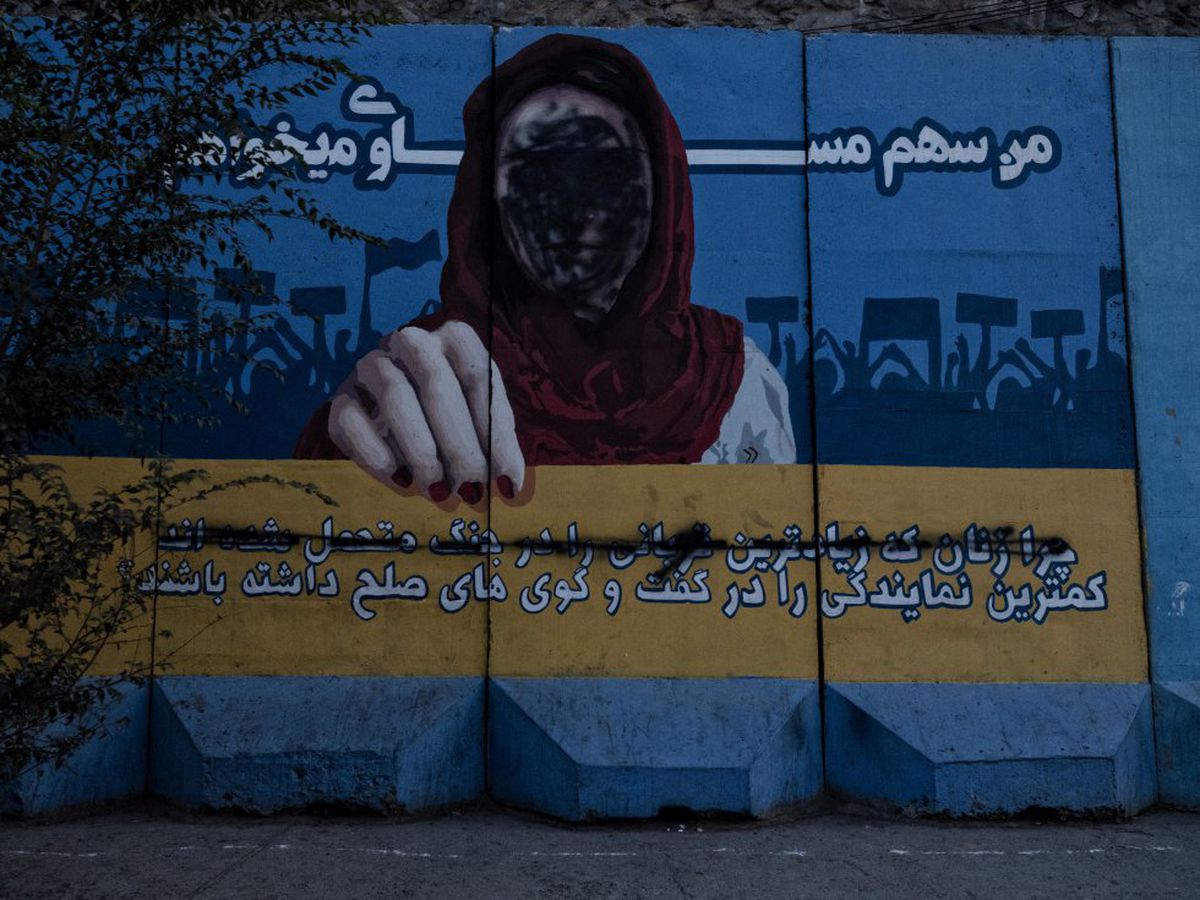 The Taliban regime has begun to make explicit its restrictions on freedom of expression, which until now it has claimed to respect “within the framework of Islamic law” (sharia). Among the guidelines that the Ministry for the Promotion of Virtue and Prevention of Vice has sent to the Afghan televisions they emphasize that they do not broadcast films that include actresses, that the men appear dressed from neck to knees and that the journalists of the news wear the Islamic veil.

In a circular sent to the media last Sunday, the ministry asks them not to spread “content contrary to Islamic law or Afghan values” and “not to promote foreign culture and immorality.” Specifically, it demands that television networks “avoid showing immoral films” and “soap operas and pink series in which women intervene.”

Television programs featuring “actors in the role of the Prophet or his companions” are prohibited. Also those in which men “are indecently exposed”, that is, they show without covering any part of their body between the neck and the knees.

But, once again, it’s the women those that carry most of the limitations. The ban on films with actresses not only reduces the repertoire to a minimum, but also makes female figures disappear from fiction, as if they did not exist in reality. Significantly, the Ministry for the Promotion of Virtue and Prevention of Vice last September replaced the Ministry of Women and took up its headquarters in downtown Kabul.

In addition, it requires that journalists “respect the hijab” when they appear on the air. It is not clear if this precision means that more than the scarf that the majority wear will be required of them, since since the Taliban took power there has not been a single television presenter to show her hair. It is also not known whether they attempt to ban satire with the requirement that “programs that insult a person are not produced.”

Contributing to the confusion, the spokesman for the Ministry for the Promotion of Virtue and Prevention of Vice, Hakif Mohajir, told the media asking for clarification that “it is not about rules, but about religious guidelines.” Those affected fear the worst.

Since coming to power last August, the fundamentalists have been advancing their agenda little by little without taking drastic measures that could provoke a frontal reaction from the Afghans. Journalists and media managers have navigated the ambiguity of a system that became visible without announcing itself, such as the visit of Taliban officials to television studios “to be interviewed”.

During their previous government (1996-2001), the Taliban went so far as to ban television and movies, making the act of having a receiver or video player a flogging offense. They also prohibited women from going out without covering themselves with the burka and without the company of a male. However, on their return to power they have tried to use the power of communication to their advantage, in particular social networks, and they have been somewhat less strict with women (they can go out on their own, but they have not been allowed to return to work).

At his first press conference, Taliban spokesman Zabihullah Mujahid welcomed foreign journalists and assured Afghans that they would be able to do their work with freedom “within the framework of Islamic law”. A few days later, reality belied his words when the militiamen forcibly dissolved the first demonstrations of women and several reporters were detained and beaten who had come to report them. Many journalists, especially women, have left the country since then. Or they try to do it burdened by the growing censorship of their activities.