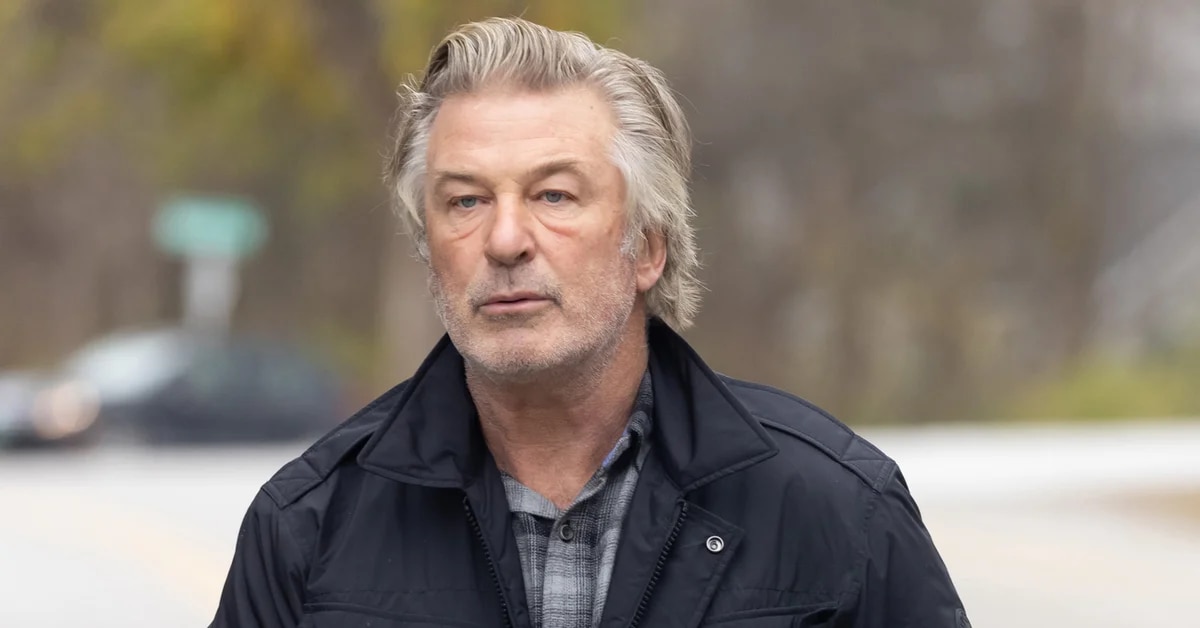 In the middle of the investigation into the death of Halyna Hutchins on the set of the film “Rust” in October, the father of the director of photography, Anatoly Androsovych, gave harsh statements to the newspaper. The Sun and blamed the actor directly Alec Baldwin for the tragedy. “It is clear to me that he is guilty of his death”, He sentenced.

During a rehearsal on the set of the western in New Mexico, Baldwin accidentally fired a prop gun that had not been properly discharged, episode that ended the life of Hutchins and injured director Joel Souza.

In early December, the American interpreter offered a prime-time interview in which he assured that he did not pull the trigger and that he has cooperated with the authorities in the investigation of the death of his partner. “If I believed that I was responsible for what happened, I would have killed myself “Baldwin said through tears. “Someone put live ammunition in that gun,” he said. “I can’t say who it was but it wasn’t me ”.

“I would never point a gun at a person and pull the trigger, never“Said the actor, who also assured that”not a day goes by that I don’t think” in fact.

“I can’t understand Alec’s behavior,” Androsovych added. “Why did you delete your tweets when it became clear that the shooting happened in a rehearsal? And why did you shoot during rehearsals? The revolver is a type of weapon that is not fired before pressing the trigger and Alec is partially guilty of causing that shot, “he told the aforementioned British media.

The assistant director Dave Halls, as well as the chief-at-arms of the film, Hannah Gutierrez Reed, are among other team members who have come under scrutiny. Baldwin, Gutierrez Reed and Halls are three people of special interest in the investigation since they were the last to touch the gun before the fatal accident.

On October 22, Baldwin took to his social networks to share his regret for what happened on the set of the film of which he is the producer: “There are no words to express my shock and sadness over the tragic accident that claimed the life of Halyna Hutchins, our deeply admired wife, mother and colleague. I am fully cooperating with the police investigation to address how this tragedy occurred, ”he tweeted then.

Hutchins’ father also expressed that he has no doubts about how the chain of responsibilities for the fateful event that could have also cost the life of director Joel Souza, who was hospitalized for minor injuries, is configured. “It’s clear to me that Baldwin shot, so it’s hard for me to understand how he can’t be held partially responsible for my daughter’s death.”, He said, and alluded to how Andros, his nine-year-old grandson, is doing. “I don’t know if he will ever fully recover. He is slowly returning to normal life, but this was a great shock to everyone. “, he remarked.

Halyna Hutchins was the cinematographer on Alec Baldwin’s new film

In early December, Baldwin, who is under investigation, deleted his Twitter account and so did his wife, Hilaria. Currently, the actor’s profile is active, but with his messages protected. Over the weekend, the actor shared a Christmas message thanking everyone who showed their support after the unfortunate incident.

“I received hundreds, hundreds of emails from friends, family and colleagues and people that I had not heard from in a long time to send me strength, good wishes and more. I am really grateful to them, “he added.

In the same way, the actor spoke about what happened during filming. “I am looking forward to some aspects being left behind. But for all of us involved we can never forget what happened. There isn’t a day that I don’t think about that. “

Baldwin, 63, said that at this time he is only keeping an eye on his family. “I just worry about my wife and children and moving on with my life and trying to get through a difficult time, a really difficult time.”

Baldwin concluded his Christmas message by stating: “I have nothing intelligent or original to say, only thanks to the people who sent me these great wishes ”.

And closing jokingly regarding the use of a mask and the COVID-19 pandemic, he added: “Don’t let Santa Claus go down the chimney without a mask.”

The most shocking scandals and events in the entertainment world in 2021
“I didn’t pull the trigger”: Alec Baldwin reveals his version of the fatal shooting in his first interview after the “Rust” tragedy
“If I believed that I was responsible for what happened, it would have killed me,” Alec Baldwin broke the silence after the Rust tragedy

The strong statements of Halyna Hutchins father against Alec Baldwin: “He is guilty of his death”