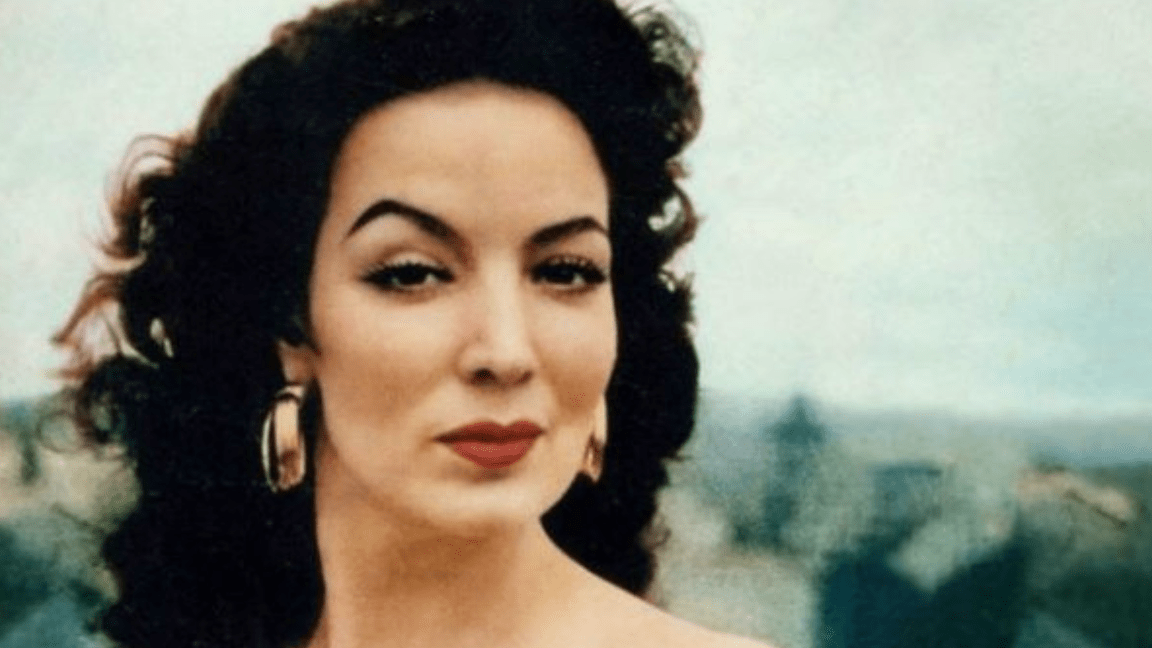 The name of Maria Felix It is written in gold letters in Mexican cinema. Putting national cinematography in style and attracting the spotlight to Latin America at a time when Hollywood, in full swing, monopolized each and every one of the relevant productions, the role of ‘Maria Bonita‘was the cornerstone in a project that decorated her as one of the most important personalities in Mexico and Latin America. The role of ‘The Doña‘transcended beyond international borders, it also broke the cinematographic barrier, which completely transferred to fashion, beauty and lifestyle.

“Maria Felix she was born twice: her parents begot her and she later invented herself ”, words like these from the Mexican poet and writer Octavio Paz, continue to resonate throughout Mexico (especially on the internet) to make it clear who was Maria Felix in life and why the importance of his legacy. Explaining a little to the new generations, that without a doubt we remember her on our grandparents’ television in black and white, that the legacy of the Sonoran woman will be forever framed in the history of the region.

Same legacy that rocked from the forties with great performances in ‘The china poblana’, ‘Miss Barbara‘ O ‘In love‘, and that they propelled her as’ The star ‘of the golden cinema in Mexico, however, curiously already at the end of her career, already in the mid-sixties, there was a film starring’The Doña‘who did not enjoy the same sympathy: Love and sex.

What is Love and Sex about?

Also known as Love and Sex (Sappho ’63) the starring by Maria Felix With Julio German, and directed by Luis Alcoriza tells the story of Diana, a mature woman who falls in love with Raúl, a young man ten years her junior. However, the plot finds its biggest twist when Diana’s biggest secret is discovered, a former lover whom she visits in prison every week.

What novel is Amor y Sexo based on?

The film, originally titled Safo ’63, is based on the nineteenth-century novel of the same name, Sappho (Sapho) by the French novelist Alphonse Daudet, best known for works such as ‘Letters from my mill’ and ‘Tartarín de Tarascón’. The 1884 novel describes in its synopsis “Sappho is the story of cruel love affairs. The life of a young diplomat unraveled by the evil of a creature from the Parisian underworld. Eternal history of the one who loves and is not loved ”. However, he does not find his first film adaptation in Mexico, remembering that Argentina ‘Sappho, story of a passion‘In 1943 he had already dabbled on Daudet’s novel. It was the premise and the performances of the Mexican adaptation that caused the film to be enveloped by a cloud of debate.

Why the controversy around Love and Sex?

María Félix starred in Love and Sex alongside Luis Alemán.

“In 1963 while in New York, Luis Alcoriza He spoke to me and I had to return to Mexico to film Love and sex that first was going to be called Safo 63. It was the 60s. The censorship had loosened a bit and Luis asked me if I wanted to do a nude “, reads the book by Enrique Krauze, María Félix: all my wars. And he continues, “Before I had only gone out in a tub covered with foam or showing my back, but here I did undress from the waist up. It was said that I did it to show that he had not spent time for me, as if I did not give a damn about the opinion of others. No sir, I did the nude because I wanted to. I consulted with my husband and Alex said: If you think you are pretty enough, go ahead. There is nothing like having a man by your side who will fan you and encourage you ”.

To tell the truth the first nude of ‘beautiful Maria‘On the big screen in his fifties, he was a certain topic of conversation in the most conservative society of Mexico in the 60s. However, and as we know, this question was’ normalized’ with the Mexican cinema of the 70s and 80s, for what we can say that it was the moralistic factor that sparked conversations around ‘The Doña‘but it was by no means the most important.

Remembering the value of the written press in the years when the internet was still far from reaching, the tabloid media and with it, the film’s promotions were responsible for generating a wave of expectations about the film released in 1964. “The forbidden movie that has broken the record of discussions ”, headlines the film’s own promotional, rescued by the newspaper library of the newspaper El Universal. In which, working with the most ingenious advertising tools of the time, they enveloped readers in a narrative that encouraged them to see the film. “The difference of the years, her love flagellated in front of a man … much younger than her …”, it was read in the official poster.

Maria Felix with 50 years and Julio German At 31, they were the focus of praise and criticism for the film. The age difference in a highly conservative Mexican society was what made popular criticism settle on Love and sexyes, ut toolilized to perfectionohn, since the cinemas where it was released, Roble, México and Las Américas, were packed. “200,000 people hail this sensational movie”, Headlines another promo in the 1964 pages of El Universal. So now, in this 21st century, we can say that ‘the prohibition’ turned to a tape where a love is given with a difference in age, was what entangled this tape, perfectly used for its promotion, and that makes a 57 years after its launch, we keep talking about it.