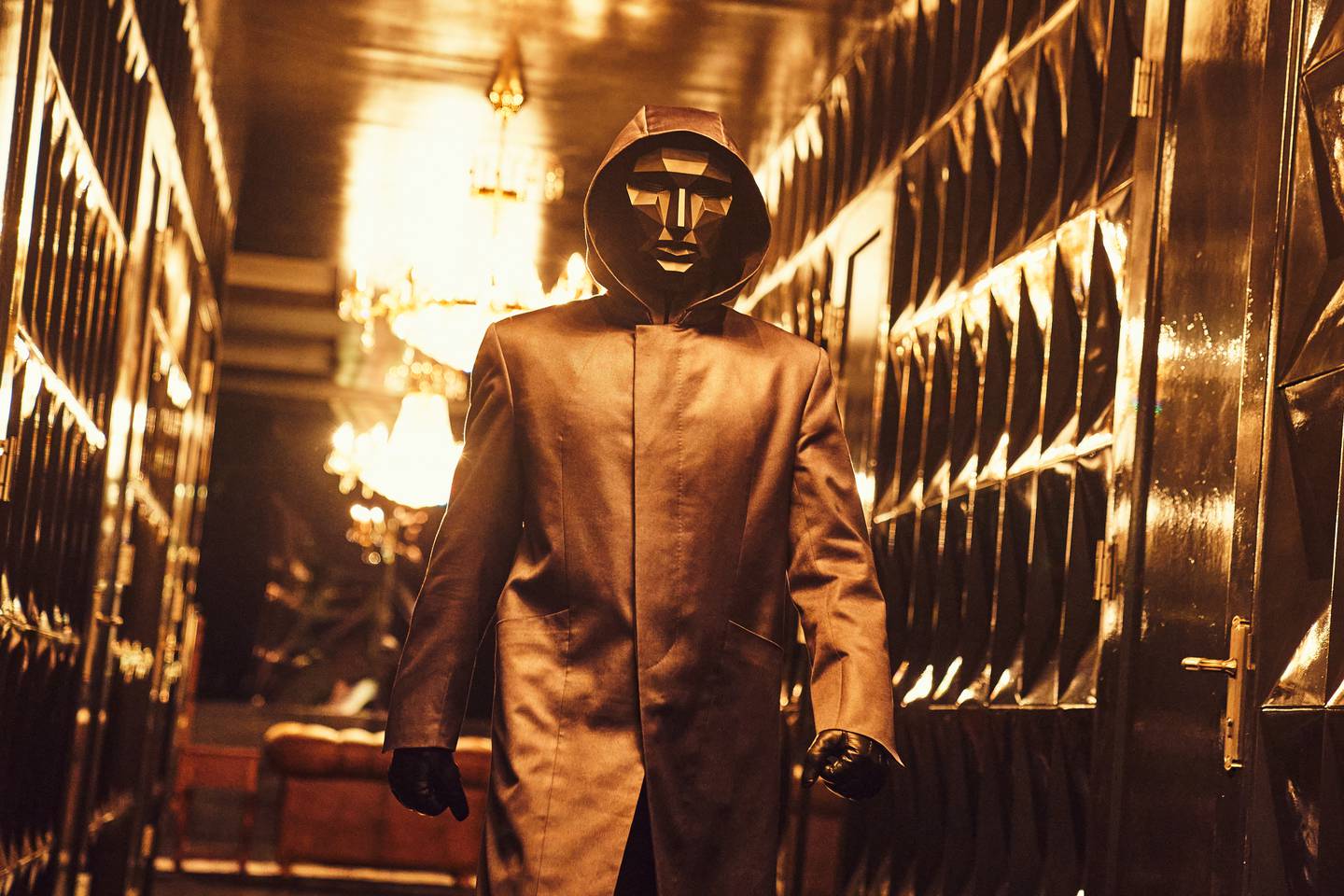 At first glance, it seems to be a very tempting and even rational option. There is a tremendous bag of money at stake and to win it, those interested only have to agree to participate in a contest of traditional children’s games.

A piece of cake, right?

The flashy offer prompts a total of 456 South Korean residents, all desperate for urgent money to get out of debt, to accept the mysterious invitation to the multi-round tournament of children’s games. In each stage, the less fit will be eliminated and those who advance will be closer to taking the juicy loot.

Locked in a secret place, the participants, women and men of different ages, coming from different places and whose realities are very different, find out too late that in the competition there is no room to fail, since elimination is literal: failure is pay with your life.

Despite the risk of death, despair may be stronger. In a group full of gamblers, scammers, heads of families in financial trouble and failed entrepreneurs, the possibility of getting out of their millionaire debts is the only thing that matters.

Nobody wants to turn back the game and, on the contrary, the best will not hesitate to sacrifice the lives of others in order to save themselves and move on in search of the prize and a new life.

From there it develops The squid game, Netflix’s new bet. It is a nine-part series that mixes drama with suspense in a kind of combination between The Hunger Games and Saw, where in the end, everything is a terrifying and chilling fight for survival.

The participants do not know who is behind this contest, much less what the objective of the game is. They only know that they all compete in the same green suit, that those who guide them wear red suits and their faces covered, that someone is watching them from afar and monitoring their every move.

“There is probably a metaphor here, something about the rich and powerful taking advantage of the despair of the poor, but fundamentally it is an exciting production,” he says. Forbes.

Netflix took the world by storm this week with the release of The Squid Game, a series of which nothing was known and that in a matter of hours catapulted into the consumption of service subscribers all over the planet. Throughout the weekend the production has been a trend on social networks.

The American company had already had success with other types of Korean productions, such as soap operas and science fiction films. However, this new series appears to be its longest-reaching Korean title, aiming to eventually emulate other Netflix international hits, as was the case, for example, with The Money Heist.

The South Korean series stars Lee Jung-Jae, Park Hae-soo, and Wi Ha-jun. It was created and directed by Hwang Dong-hyuk, who since 2009 has been planning such a series.

In an interview with The Korea Herald, the director affirmed that in that first attempt his proposal was not well received.

“The casting of actors and the investment were extremely difficult during these periods. The idea of ​​a game winner getting rich was not welcome. The brutality and cruelty of the games were cause for concern. I had to put the stage on the shelf ”, he detailed to the medium.

However, a decade later he noticed that the interest in survival games and cryptocurrencies had increased and decided to turn to Netflix. The giant of streaming gave the go-ahead to the production.

The idea of ​​the director is that people can read between the lines the message that the series carries with it, which shows the struggle for power, money and daily competition in different aspects of life.

“The director hoped that fans would be able to find relief from the pressures they face and break free from the competition in their daily lives by watching the series. But he also urged viewers to dig deeper below the surface and think about the reasons why we fight so hard to live and survive in our competitive world. “ The Korea Herald.

In the end, the game becomes a fight not only to take the money, but to regain freedom. At this point, the question is: will someone really make it out of the game alive?

The production is currently in the top 10 of the most watched in Costa Rica and each episode lasts approximately one hour.