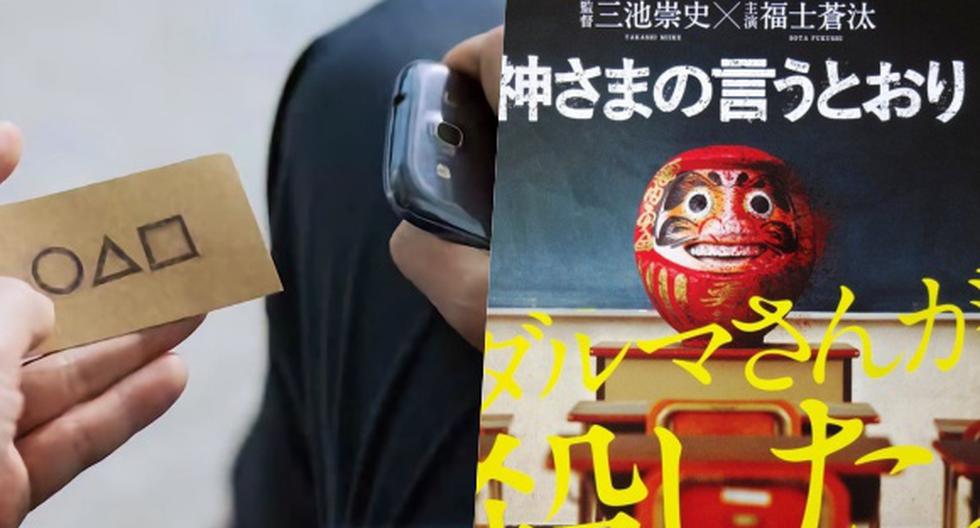 “The Squid Game” (“Squid Game”) Has exceeded 111 million views in Netflix since its premiere on September 17. Within a month of its release, the nine-part series has reported no less than $ 891 million. Impressive figure, considering that the production budget was only 21.4 million dollars.

SIGHT: “Things to clean”: all about the new Netflix favorite that overshadows “The Squid Game”

The South Korean drama, directed by Hwang Dong-hyuk and starring Lee Jung-jae (Gi-hun), Park Hae-soo (Sang-woo), Lee Byung-hun (the leader), Wi Ha Joon (Jun-ho) and HoYeon (Sae-Byeok), is also a phenomenon in social networks, where many memes and parodies are shared. Despite its success, fiction has not been immune to criticism or controversy. Here a review of all the inconveniences generated by “The Squid Game”.

The creators of “Squid GameThey placed a real number on the card they gave the players to confirm their participation in the deadly competition. The owner of the number received thousands of calls and was seriously injured, because it was the phone he worked with. The streaming giant had to suppress the scenes in which the number appears.

In the fourth episode titled “Do not abandon the team”, Gi-hun, the protagonist of the plot, along with another group of companions anticipate a night fight by the gang led by Deok-su. The leader, who already expected this to happen, orders the lighting to turn on and off. This effect creates an environment of greater tension on the images of fiction.

The scene produces a visual effect that forced Netflix to place a disclaim: “Some scenes have strobe effects that can affect photosensitive viewers.” The effect also multiplied the possibility of having a seizure of epilepsy.

Secondly, “The Squid Game”Reopened a legal problem that existed between Netflix and the telecommunications company SK Broadband. The company noted that the series has generated a large increase in internet consumption in South Korea, directly hurting them.

The justice of the Asian country has given him the reason in the first instance; however, it is quite likely that the dispute will continue for many years.

The series was accused of misogyny for the construction of Han Mi Nyeo’s character and how she is treated by Deok-su. He also received criticism for the use of nude women as statues during the VIP presence.

Hwang Dong-hyuk denied the facts claiming that in the first case it would be the behavior that “a human would have when they put him in the worst possible scenario.” On the second, he said that there were also naked men as statues in those scenes.

The series was also accused of plagiarism, it was even compared to the movie “As the Gods Will” (2014). On this subject, the creator and director of “Squid Game” said that he wrote his work a decade ago; however, it had been rejected by various producers. “I did it before ”, emphasized.

In various parts of the world there are children who have seen or are watching the series, which is suitable for those over 16 years of age. Not only do they do it through Netflix but in social networks there have been counts of the best scenes and also parodies to which minors have access. Regarding this fact, the director said he was very surprised and that the series was not made for children to see.

“The purpose of the series is to provide critical thinking to adults. I am perplexed that the children are watching it. If you have already seen it, I hope that parents and teachers are wise and can guide them well because minors do not have the ability to interpret the content like adults “Dong-hyuk said in a round table in which was Saltar Intro de El Comercio.

The series has caused a piracy boom in China, a country where the streaming platform is not available, but where millions have done their best to watch it. In addition, a controversy arose between this nation and South Korea, due to the uniform of the participants of the deadly game.

Various Chinese media assured that these divers are a copy of those used in a scene from the movie “Teacher, Like” (2019).

A Tik Tok user, who is fluent in Korean, says there is a problem with the production’s English subtitles.

“If you don’t know Korean, you’re not watching the same series,” said Youngmimayer, who has nearly 250,000 followers and 8.5 million “likes” on Tiktok.

After expressing her annoyance at the translation of the series into English, the user gave more details. For example, she explained that in a scene of Han Mi-nyeo (Kim Joo-Ryoung), player 212, she says, “I’m very smart, I just never had a chance to study,” but the captions read: “No I’m a genius, but I’ve done it anyway ”.

Something similar happens in the chapter “Gganbu”, in which the same title is badly translated, according to the woman. This is because this word would really mean that there is no sense of belonging between two people, which is key in the chapter.

“The reason why it happens is because the translation work is not respected and also because of the large volume of content. The translators are poorly paid and with a huge workload and it is not their fault. It is the fault of the producers who do not appreciate art “, sentenced the user of the popular social network.

Look behind the scenes of “The Squid Game”