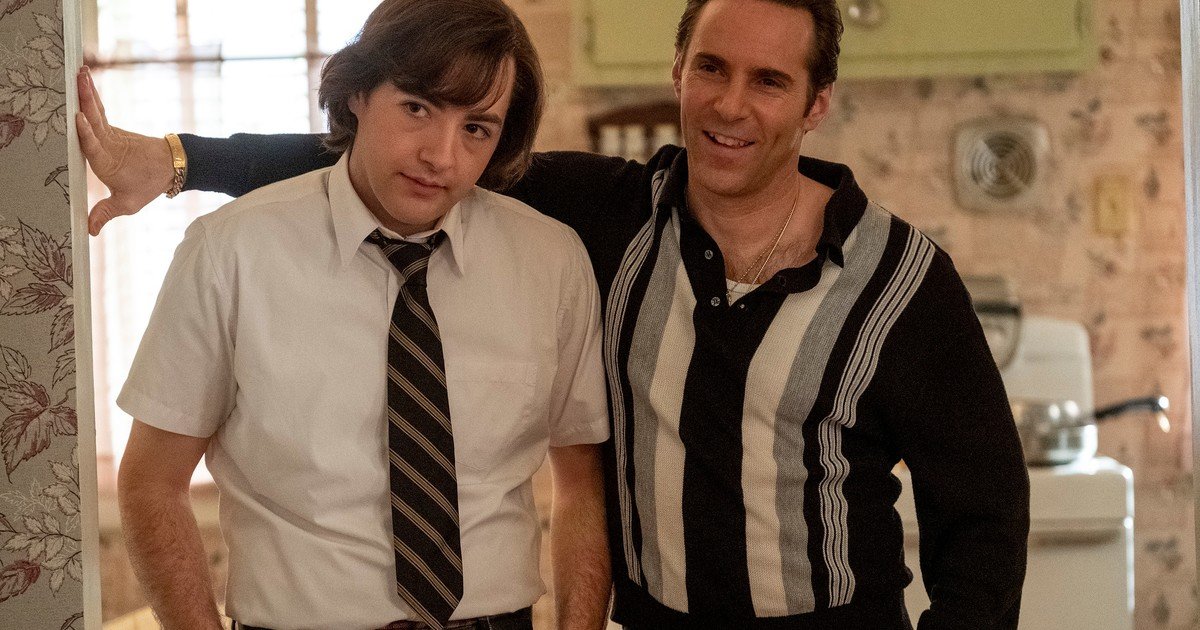 The Sopranos it marked a break in TV, it was one of the best series in history and fans have been asking to see more. So now what comes, 14 years after the broadcast of the last chapter by HBO, is a movie that serves as a prequel. And that it does not focus exclusively on Tony Soprano, the mafia boss, although it does focus on his childhood and adolescence, and on his mentor, Dickie Moltisanti.

Pros: It was co-written by David Chase, the author of the series, and directed by Alan Taylor, who won an Emmy for an episode aired in 2007, and later directed several chapters of Mad Men and Game of Thrones, and Thor, a dark world.

In other words, one can sit quietly in the armchair because, as a former president said, they are not going to disappoint us.

Some trademarks persist, such as humor that appears out of nowhere, as well as outbursts of unusual violence, and the strong construction of the protagonists.

Ray Liotta and Alessandro Nivola -the last ones on the right-. The film has the showrunner and one of the directors of the series as endorsement. Photo WB

It is not necessary to have seen the series

First of all, it must be clarified that it is not necessary to have seen any episode of The Sopranos. But also that having seen the complete series will mean better understanding the characteristics of the characters, certain hints.

The film starts with a camera pan between gravestones in a cemetery, because the one who tells is a dead man – we are not going to spoil who. The story will inevitably go backwards, to 1967, and will show us Tony Soprano as a child, and then in 1971, a teenager – in this instance he is played by Michael Gandolfini, with an incredible resemblance to his father James, which was Tony in the series-.

That look. The teenage Tony is torn between committing a crime or not. Photo WB

But as we said, Tony is not the protagonist, at least not until the middle of the projection. It is Dickie Moltisanti (in Italian many saints, paraphrasing the original title, which speaks of “many saints”), who runs the business. There are several points in common with Tony in the series, and they go beyond looking after the interests of the family. He takes charge of Tony when John, the boy’s father, ends up in prison. He is unfaithful, he lies, he has fears and he even needs a confessor (we will not spoil anything either).

Beginning in 1967, Chase places Dickie and the Sopranos (Johnny, mother Livia, and Tony’s uncle Junior-Corey Stoll from House of Cards-) in the midst of the raids against blacks in New Jersey, with the Black Power something more than incipient, and marking the rivalry and between the Italian-American and African-American mafia.

In fact, two friends from school, like Dickie and Harold McBrayer (Leslie Odom Jr., from Hamilton and One night in Miami, soon in The Exorcist) end up facing each other as a logical consequence of the dispute of more than gangs.

Tony is beginning to intuit much of what was seen in the series: first he does not want to know anything about crime, even if he raises bets at school and steals an ice cream truck with cronies, and the relationship with his mother (Vera Farmiga would even deserve a spin-off).

James Gandolfini in a 2007 photo, and his son Michael, today. AP Photos

Nor is it that Chase forgets that he has sitting in the audience primarily fans who devoured the show, but he does not take anything for granted, so the viewer who arrives a virgin will leave wanting to see the series.

There is a spectacular work in the reconstruction of the period, and in the soundtrack, taking advantage of the successes of yesteryear. But it is in the marking of the actors, and fundamentally in the looks and turns that some characters give to say what they need to express where it is noted that those who are behind the camera take care of the family and the product as a child of whom they are proud.

It is not known if there will be a sequel to Mafia saints. Chase noted that he has other ideas away from the Sopranos, and that if he did, it would take place before the series and with Terence Winter, the series’ writer, sitting down writing the libretto.

So be it, whether or not they took a pinky oath.

“The Saints of the Mafia”