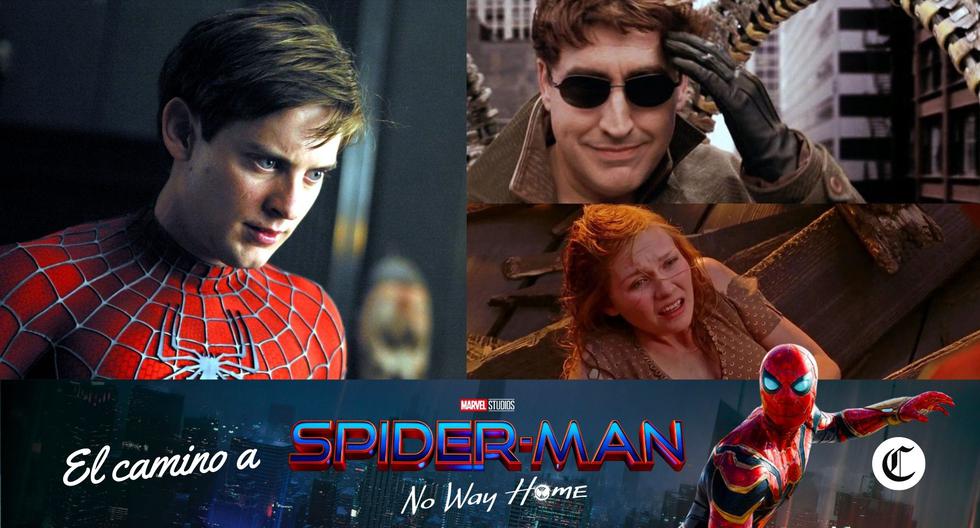 Countdown: El Comercio opens a series of special articles on the next premiere of “Spiderman: No Way Home” (“Spider-Man: No Way Home”), the most anticipated superhero movie of 2021, starring Tom Holland, zendaya, Jacob Batalon, Benedict Cumberbatch; etc. From Monday, December 6 to Wednesday, December 15, we publish reviews of every movie that the arachnid has starred in at the cinema. This time, it’s time to see the second film directed by Sam Raimi, which presented Dr. Octopus from Alfred Molina, which will return to the character.

The first thing I think about when revisiting “Spiderman 2” (Sam Raimi, 2004) is how satisfying it is. Better than the first installment? Yes, but not for the classic reasons, this is more action or new characters. To be a superhero blockbuster, we are facing a film whose heart is the conflict of man against himself.

Two years after his debut as a hero and the death of the Green Goblin, Peter Parker (Tobey Maguire) tries to find a balance between his life as a hero and that as a college student. Short of money and time, he seems resigned to his alter ego ruining his life, even more so when his friends Mary Jane Watson (Kirsten Dunst) and Harry Osborn (James Franco) prosper. For his part, Dr. Otto Octavius ​​(Alfred Molina), a scientist who is admired by Parker, suffers an accident that links him to metal tentacles with artificial intelligence, which upset his mind and lead him to commit crimes. And at the same time, Peter suffers the progressive loss of his powers.

In “Spiderman 2” the main conflict is not led by the villain. Alfred Molina does a good job as Otto Octavius; a kind guy, almost like Uncle Ben, who had the potential to be someone very positive in the life of Peter Parker and vice versa. But it is the young man and his secret life who sustain the conflict itself. Who are you? Spider-Man wonders. The applied student? Or the hero that many distrust? Peter, due to the circumstances of his life, is between two stories that he supposes incompatible and that has led him to lie to his loved ones. Thus, the hero is at a time in his life where he does not have fullness in anything he does.

Peter wants to change, but reality holds him back like a wall. Let us remember that the hero, to be one, not only requires courage, but also to be a magnet for problems. And Parker follows that rule when a robbery takes away the last chance to see the show from Mary Jane, who unlike him has not let her traumas control her. But it is too late for Peter to want to conquer her, she found someone else. And just as the problems of this double life reach their climax, when he realizes that being Spiderman isn’t that great, Peter loses his powers.

When I saw the film for the first time in 2004, at the age of 16, I did not understand why this was happening. No poison, no elaborate villain plan for Parker to hang up his suit. Instead a doctor tells him that it is possibly a psychological problem. Performance issuesTony Stark would say. But Peter, instead of taking this as a disgrace, embraces it as a blessing to regain the life he lost and leaves his suit in the trash. Spiderman no more.

But it’s not that Spiderman is a separate facet of Peter, it’s part of him. This is how we see him when, without powers, he saves the little girl from the burning building. And when he hears what others think of his work as a hero. The Peter-Spiderman relationship is not very complex, but it has its nuances. And Peter does like being Spiderman. Which is why it hurts so much when I tell Mary Jane to just be friends. Parenthesis: Peter is a loner, because he does not share his secret with anyone. Instead, when the character debuts in the MCU, he has support networks in his hero life. Perhaps this is why Tom Holland’s arachnid is not so brooding.

But there is no time to feel bad about the hero’s love life, as Octopus attacks. And here I return to the villain of Molina, also controlled by his powers in an evident echo to the Green Goblin of Dafoe. The film does not need to innovate so much with this villain, as Raimi concentrates on the previously seen themes, without this meaning that the antagonist on duty is disappointing. It is not by any means, and so it is written in the resolution of his character arc, when he is aware of his sins after Peter confronts him with his morals. So Octopus says “I will not die a monster” and puts an end to the biggest project of his life.

There are two characters that I really like because of how they have been worked. Mary Jane herself, who in her story arc is clear about what she wants to do, how she is going to achieve it and what she expects from Peter. “I know you think we can’t be together. But can’t you respect me enough to let me make my own decisions?”. That phrase is Mary Jane in its purest form, a development that elevates it far from what was seen in the previous tape. And the same with Harry Osborn, who had a rather small, utilitarian role, but when Raimi developed it, it is remarkable. He has the pain written on his face in the scene where he discovers that Peter is Spiderman and he cannot kill him, because he is his friend.

So far, with the plot, the photography and the correct performance of the actors, the scene that again made history in the cinema with the fight of the train and even the casual terror of Otto’s hospital massacre; It seems that Sam Raimi cannot fail, that his work is an endless gift. But it is over and as proof is the closing of the trilogy in 2007. Even so, “Spiderman 2” remains a monolith under which all the other films of this hero are compared. And that is why “No Way Home” has a duty to live up to it if it intends to continue some of its plots.

Sam Raimi has not only achieved an exciting second part, full of life and underlined, at the same time, with the darkest aspects. The director has also managed to make us believe that Tobey Maguire is the ‘spider man’. Nothing more ironic if we think that it is a very reserved person. Perhaps that is why the actor is ideal to give life to the silly Peter Parker. And too far to stand up to heroism at its finest.

You don’t seem to be comfortable with fame. It must not be easy to deal with the fans.

It’s actually not that heavy. Most of my ‘fans’ are children. And I like them. So I have no problem talking to you and giving you an autograph. All of that is fine. But the ‘papparazzi’. That is different. However, as in everything, you have to know how to live with it.

It is they who are trying to find love stories where there are none.

Yes. They made up a romance with Kirsten Dunst in the first part just because of the kiss in the rain scene. It’s silly. Movies are movies, nothing more.

Did that romance fabricated by the press bother you so much?

Not that it bothers me. I don’t care if they write it or not. The point is that it is a lie.

What are your heroes in the world of comics?

I do not have it.

It’s funny because you play the most popular of them. Also, I perfectly remember your character in “The Ice Storm”, always reading comics.

It’s true! But I have never liked comics.

So you read the “Spider-Man” ones just to prepare your character.

That’s how it is.

What do you prefer to read?

I prefer to go to the cinema.

And what movies do you watch?

All. Ancient, modern. Comedies, dramas. All that I can.

What has been the worst part of your job in “Spider-Man”?

Physical preparation! Staying in shape has been a very tedious process. I’m not the type to go to the gym for three hours a day.

This time you face a different villain. How was working with Alfred Molina?

He is an extraordinary actor. It has been a totally different experience for him. Alfred is a dramatic performer, he is not the actor you find in action films.

Have you thought about playing other characters while preparing the third part?

I do not know. There is nothing concrete. But there is more than a year and a half to start the third part. So I’ll try to do something different in the meantime.

Are you comfortable working with Sam Raimi?

Yes. She is a director who knows what she wants. That is not easy to find.

Do not stop seeing 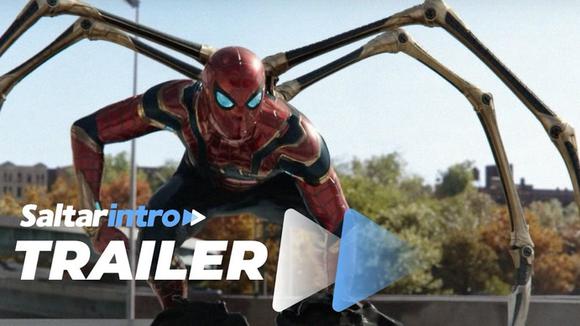 The Road to “Spiderman: No Way Home”: 17 Years Later, “Spiderman 2” Is Still the Definitive Hero Movie