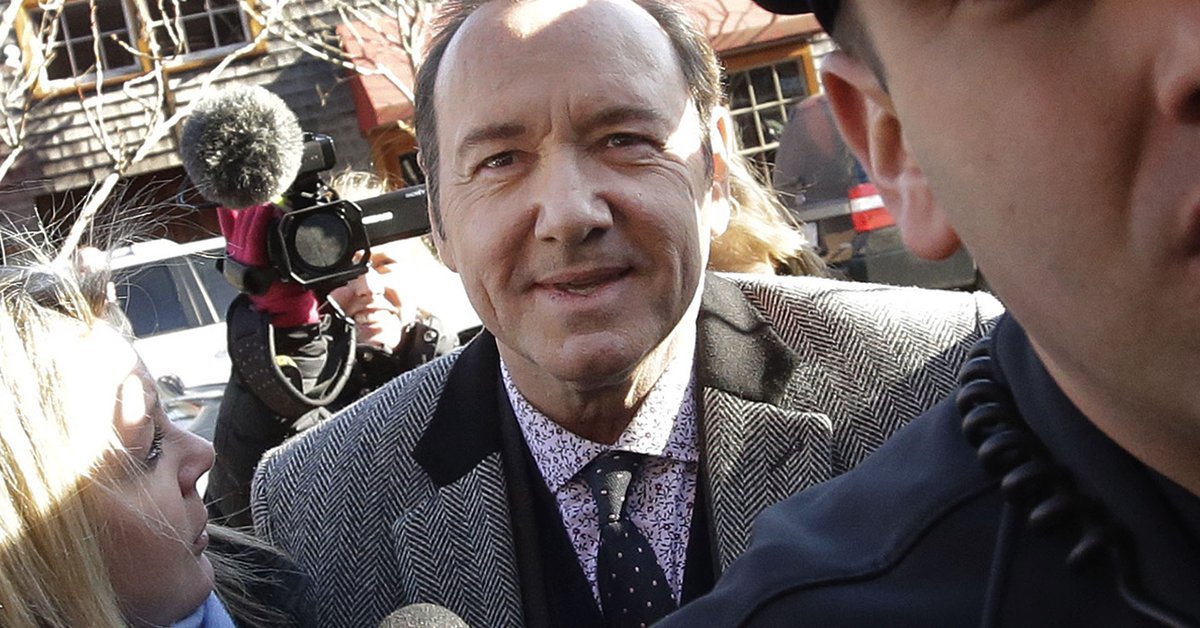 American actor Kevin Spacey landed his first movie role after being targeted by multiple allegations of sexual harassment. With two Oscars to his credit, the 61-year-old interpreter will star in “L’uomo che disegnò Dio” (“The man who drew God”, in Italian) by director Franco Nero, ABC News reported this Sunday.

“I am very happy that Kevin has agreed to participate in my film”declared Italian actor and filmmaker Franco Nero, famous for his work on the classic western “Django,” in 1966. “I consider him a great actor and I can’t wait to start filming “added.

It will be shot in Italy and will also feature the renowned actress in its cast Vanessa Redgrave, director’s wife. The actor will play an investigator responsible for a case involving accusations of pedophilia against a blind artist, said the aforementioned media.

The film has no release date yet.

Winner of two Oscars for his work in the films “The Usual Suspects” (1995) and “American Beauty” (1999) and considered one of the best performers of his generation, Spacey saw his career collapse after numerous accusations of sexual assault against him and that came to light thanks to the impulse of the #MeToo movement.

The first charge of sexual harassment against Spacey came from the actor Anthony Rapp in October 2017. He said Spacey sexually assaulted him in the 1980s, when he was 14 at the time. Spacey denied the charges. Subsequently, other similar complaints arose, which caused it to be fired from the political series “House of Cards.”

In response to the first accusation, Spacey said that he did not remember the encounter, but apologized for what he said that “it would have been very inappropriate drunken behavior”. He also declared himself homosexual.

At the same time, at least 20 men reported him for harassment and abuse between 1995 and 2013, during his time as artistic director of the Old Vic theater in London. In 2018, the US police formally charged him with sexual abuse due to an incident involving a teenager whose name was not identified on Nantucket Island, Massachusetts. The charge was later dropped.

In a controversial decision, the Los Angeles prosecutor’s office rejected requests to open a case against Spacey on two separate charges. The local authorities alleged the lack of evidence in one case and in the other, they desisted from the death of one of the alleged victims.

After the accusations, Kevin Spacey was fired from the series “House of Cards” (AP)

An anonymous man filed a lawsuit against Spacey in New York last year, alleging sexual abuse in the 1980s, when he was a minor. The case was also closed after the authorities did not authorize the continuation of the process without the identity of the alleged victim being made public.

Spacey’s last appearance in theaters occurred on “Billionaire Boys Club” in 2018. Since then, the actor has stayed out of the spotlight, with few public appearances. However, he does post short Christmas videos through his YouTube channel.

Recently Spacey was accused of groping a production assistant of the series “House of Cards” and, therefore, is involved in a private arbitration process with the production company, Media Rigths Capital, which would seek a millionaire compensation, according to the Hollywood Reporter.

Spacey filed a counterclaim alleging that the accusations were “exaggerated”, at the same time accusing the producer of owing him money, for not paying you after the first sexual misconduct allegations against him in 2017.

Kevin Spacey reappeared in a new Christmas video
Kevin Spacey compared his situation in Hollywood for allegations of sexual abuse with those fired by coronavirus: “I know how it feels not to be able to work”