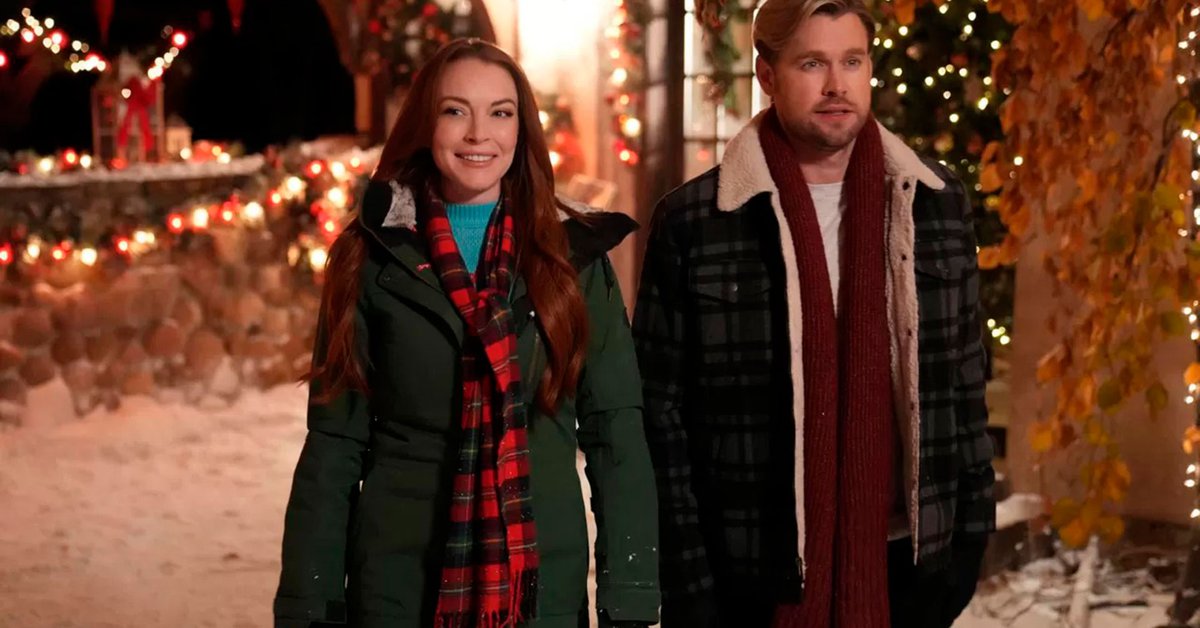 “Lindsay Lohan will star in a new romantic comedy about a newly engaged and spoiled hotel heiress who finds herself in the care of a handsome working-class cabin owner and her young daughter after suffering total amnesia in a skiing accident.” This was the tweet that Netflix published from his account and that immediately added more than 40 thousand likes. It is that Lohan-born in 1986 in the Bronx in New York City- knew how to be a great child star and then, when she reached adolescence, she had many mishaps with addictions that took her away from Hollywood. But now she seems to be willing to return and Netflix gave her a great opportunity.

Is about Christmas in Wonderland, which will be directed by Janeen Damian (A Christmas Waltz, Hot Tamale) and with the script by Michael Damian (Janeen’s husband) with Jeff Bonnett (Heroes) and Ron Oliver (Operation Christmas).

After the amnesia suffered by Lohan’s character, the young woman will receive a message about the value of kindness and love when she is greeted by the handsome young man who owns a cabin (played by Chord Overstreet).

The cast that will accompany Lindsay Lohan in the Christmas film. (Courtesy photo).

Of course, Lohan will not be alone in this new Christmas adventure. She is accompanied by a great cast including Chord Overstreet, known for his role in Glee, in which he played Sam Evans. And complete the cast George Young (from Malignant), Jack Wagner (who participated in The Bold and the Beautiful), Sean Dillingham (actor of Yellowstone) and Olivia perez (actress who participated in the film, In The Heights).

The production of this new film started on November 8, 2021. Filming will last approximately two months, with completion scheduled for December 15. Filming is taking place in Salt Lake City, in the state of Utah, in the United States. That is why This Christmas movie would be available on the platform for Christmas 2022.

The first images of the film were published on the Netflix Instagram accounts and the followers did not take long to talk about the photoshop used on Lindsay Lohan’s face. The comments pointed out that they could not recognize it due to the amount of retouching that the image had.

Lindsay Lohan and the photo that generated controversy among her followers. (Courtesy photo).

Remember that the actress was away from the entertainment industry in recent years. He was between Dubai and Mykonos, where he dedicated himself to the administration of bars and restaurants on the beach. But her initial profession is stronger and the actress is determined to take back the reins of her acting career. That is why he decided to return with this project on one of the platforms of streaming biggest in the world.

Over the past few years, the actress had only made a few cameos and small roles, and had forgotten to star in a film. His last big screen appearance was in the supernatural thriller, Among the Shadows, in 2019, a small film that had terrible reviews and once again plunged her into her own shadows. There he shared the bill with Charlotte Beckett, Gianni Capaldi, Dominik Madani, Reynald Bialès, Barry Jay Minoff and Kristoffel Verdonck.

Also, Netflix’s list of Christmas movies is very extensive and includes tapes like Princess Swap 3, Robin Robin and A Castle for Christmas. Also on the list are: Jingle Jangle: A Magical Christmas, A Christmas Prince and the two movies of Christmas Chronicles with Kurt Russell as Santa Claus.

The rebirth of Lindsay Lohan with a Christmas film