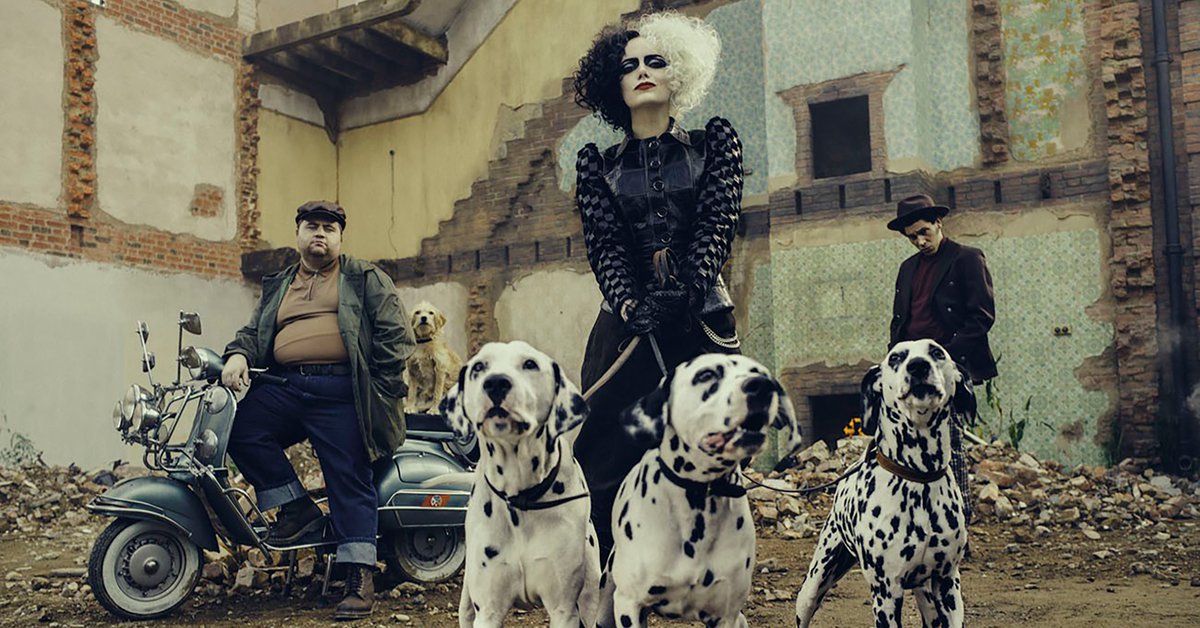 The origin of evil is located in the 70s in London, the scene of the punk revolution. Estella she is bright, creative and smart. And something else: scammer. She dreams of standing out in the world of haute couture, but she surrounds herself with a pair of thieves eager for her intrepid and adventurous spirit. Your life will change the day you meet the Baroness von Hellmanelegant yet devastating and sadistic, a fashion legend who will be captivated by the talent of this young woman. The link between them and the events that will emerge from there will wake up in Estella his wicked side, becoming Cruella de Vil, dissonant, edgy and thirsty for revenge.

That’s just the beginning of Cruella, the new film from the studios Disney that premieres this Friday on its platform (Disney +) and stars, under the direction of the Australian Craig gillespie (I am tonya), by two actresses who already knew how to raise their own statuette at the awards Oscar: Emma Stone What Estella (Y Cruella, Sure) Y Emma thompson in the skin of von Hellman. The counterpoint between the two pays for itself the price of any movie ticket.

“They saw something evil and terrible in me. And I appreciate it “, Stone was sincere in a dialogue with Efe on the Disney call, which had it as the only possible choice for Cruella, which in 1961 hit theaters with that classic cartoon called 101 Dalmatians, based on the homonymous novel by the British Dodie smith, published in 1956. In this way, Disney illuminated an evil woman who would end up being iconic, leaving a villain and not a heroine in the collective imagination.

To be feared: Emma Thompson and her Baroness von Hellman

After the success of the Maleficent from Angelina Jolie (2014), the production company decided to offer another reversal of its animated classics, this time immersing itself in the beginnings of one of the most renowned antagonists. It exists in Cruella the ability to generate an empathy with the viewer even greater than the rejection it provokes. “They are a catharsis for the public”, considers Emma about this class of personages. “We have always been interested in knowing what it is that leads a person to live on their darkest side,” he adds, “dwelling in those parts that one hides or comes to think about but that are too cruel or socially unacceptable.”

Stone, 32, knows that he inherits a role played masterfully by Gleen Close in the version of 101 Dalmatians 1996. “She is the best Cruella in the cinema,” he acknowledges. Nevertheless, Emma searched the pages of Dodie Smith for the tools necessary for her interpretation. “In the book it’s bad, but really. He puts pepper in all his meals and she’s cold even sitting next to a bonfire. He gave me many details to contribute to the character ”.

Cruella’s visual display is one of her greatest attractions

With a successful setting, the Cruella by Gillespie -which is executive produced by Glenn Close herself- stands out from the visual, with a wonderful wardrobe from the multi-award-winning Jenny beavan, a two-time Oscar winner. The looks of the villain and the styling could not be left out of this film that also promises a lot of action.

Cruella premieres today in Latin America simultaneously in available cinemas and in Disney +, through Premier Access. The value of Premier Access is $ 1050 in Argentina and $ 329 in Mexico.

Link to subscribe to Disney +
Cruella de Vil, and her Dalmatians

The return of Elite, the end of This Is Us and the farewell to La Casa de Papel among the most relevant news in the world of the series
The Incredible Hulk: the first Marvel superhero to make it on TV