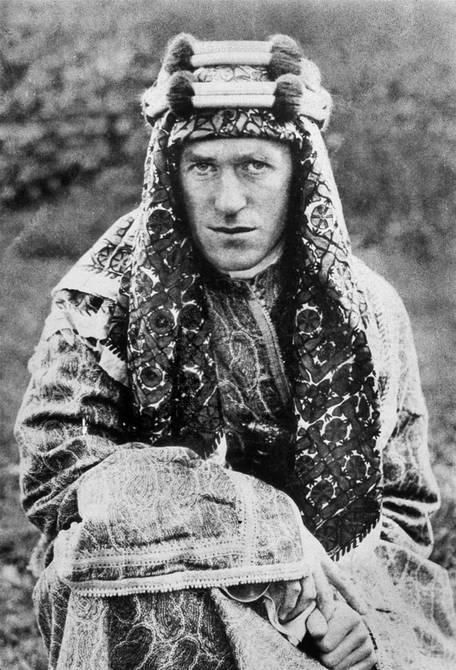 The British military TE Lawrence looks eternal for how he was portrayed in ‘Lawrence of Arabia’, a film that will turn 60 in 2022.

Thomas Edward Lawrence (1888-1935), better known as Lawrence of Arabia, He was a renowned British hero of the First World War. His role during the Arab rebellion (1916-1918), which served to defeat the Ottoman Empire (Turkey) on the Middle East front, made him a living legend. His memory having fallen into oblivion, the spectacular 1962 film, under the direction of his compatriot David Lean, it definitively reintegrated it to the pantheon of the immortals.

The film recorded for fourteen months on stages in Spain (Seville and Almería), as well as Morocco and Jordan, would become a classic, still being considered the greatest cinematographic work of the epic genre of all time. With a huge box office success, it would be credited seven oscars, including those of best film, direction and musical theme.

The cast comprised famous actors such as Alec Guinness, Anthony Quinn and Jack Hawkins, but at the same time two strangers, the Irish Peter O’Toole (in the role of Lawrence with whom he bore a remarkable resemblance) and the Egyptian Omar Shariff, that, with such accolade, they would become stars on the big screen.

The script was based on TE Lawrence’s autobiographical book, The seven pillars of wisdom, published in 1926, considered at the same time a classic of 20th century English literature, which gives an account of his adventures as an intelligence agent to organize the Bedouin tribes of the Heyaz, western region of the Arabian peninsula, in order to make them allies of the Anglo-French coalition against the Turkish-German entente.

The allusion to the seven pillars is nothing more than a metaphor for emblematic cities: Cairo, Smyrna, Constantinople, Beirut, Aleppo, Damascus and Medina, where the war conflict was staged, being at the same time the headquarters of ancestral cultures that he admired for his vocation as an archaeologist.

The extensive book reveals his deep knowledge of the Semitic cultures and the Arab people, in particular. It has the format of a war diary that describes the smallest details of a daily and heroic struggle. The narrative is entertaining and refined, although at times it tends to a monotony akin to the desert landscape that serves as a background.

Plot of the film

The movie begins with the motorcycle accident that costs him his life and his subsequent funeral, where a journalist tries to interview the attending personalities to find out who the real Lawrence was, since he was always elusive to fame and repudiated the media coverage of the alleged feats attributed to him.

At the beginning of the retrospective, the film gives way to images of the ocher desert with the blue sky vault, which become sublime when they are wrapped in the chords of the theme orchestrated by the Frenchman Maurice Jarré, whose notes exalt the desolate place but at the same time of an imposing beauty.

From that moment on, a succession of dramatic scenes is woven together that lead Lawrence to meet Prince Faysal, son of the Sherif of Mecca, who would turn the Arab rebellion upside down, about to be put down by the Ottomans at the end. 1916. The British commits support for military advice, weapons and supplies, in exchange for an alliance that allows the defeat of the common enemy. As a reward he offers, according to instructions from his superiors in Cairo, the constitution of a pan-Arab state with Damascus as its capital, at the end of the war.

The empathy between both protagonists it would be the basis for reversing expectations. Lawrence, who had 2,000 km walking tour of Syria and Palestine in peacetime to write his dissertation at Oxford University on the construction of medieval fortresses for the crusaders, he spoke a regular Arabic. He estimated that he knew about 14,000 words, enough for good communication, but his friend Feisal was amused by hearing him speak because of his improvised grammar and syntax.

Small in stature, measuring 1.64 m, he had a proverbial resistance to lack of sleep, water and food, which would earn him the respect of the Bedouins during their marches through the desert. They would nickname it Amir Dinamit or Dynamite Prince, for its explosive energy that would turn the advisor into a military leader. Faysal himself recommended that he change his khaki uniform, which was similar to that of the Ottoman officers, for the Arab turban that was familiar to him from its use during his academic pilgrimages.

The first significant military triumph was the capture of Aqaba in July 1917, the only port still held by the Ottomans on the Red Sea, which would facilitate greater logistical support for the rebellion. For the purposes of the film, a town of 300 houses was built in the Spanish Mediterranean to set the scene for the battle.

In this way the Arab host became the right flank of General Edmond Allenby, who led the advance of the British forces from Cairo in the direction of Palestine and Syria. Aware Lawrence that he did not have a regular army but a band of undisciplined nomads, he used it strategically to fight a guerrilla warfare in the Turkish rear, sabotaging their supply lines. He participated in the blowing up of 79 bridges and countless train rails.

In one of his forays to spy on the enemy’s positions, he was captured. Without being recognized, he was subjected to a multiple rape by the Ottoman soldiery that would traumatize him for life. Fortunately, he was able to escape from his captors.

Lawrence had a complex personality. There are those who called him a misogynist because of his aversion to dealing with women, an attitude that apparently hid his homosexuality. He was quiet and sparing when he spoke, being elusive when looking at the face with the blue / gray eyes always restless. He had vegetarian habits being totally abstemious.

His role as leader of the Arab rebellion ended with the taking of Damascus in October 1918. Aware that his bosses had deceived him When offering him a new state, when the imperial division of the Middle East between France and England was already decided, he chose, ashamed, to retire from the military career with the rank of colonel.

The final scene of the film captures his deep disappointment as he retreats home in a Rolls Royce, which is overtaken by a motorcycle as a symbolism by Director Lean for this hobby that would lead to his premature death at 46 years old. (I)