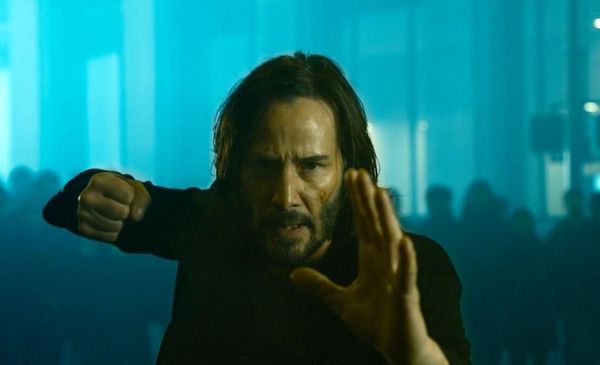 December 18, 2021 – 19:20
Next Thursday the long-awaited sequel to the franchise starring Keanu Reeves will be released in all theaters in the country. The film will have a simultaneous premiere on the HBO Max platform in the United States.

Matrix Resurrections ”, the fourth film in the iconic science fiction franchise, will be released in theaters on December 22 and simultaneously on the HBO Max platform in the United States. The film reunites Keanu Reeves and Carrie-Anne Moss as the iconic Neo and Trinity, in a new action adventure on an epic scale, set in a familiar but even more provocative world where reality is more subjective than ever. But, it is speculated that the premiere of the film in HBO Max Latin America and Spain would be given at the end of January.

The new movie “Matrix 4: Resurrections” is a continuation of the story established in the first Matrix movie (1999). Assemble Keanu Reeves and Carrie-Anne Moss as film icons Neo and Trinity.

“A mind-blowing new adventure with action on an epic scale, set in a familiar but even more challenging world where reality is more subjective than ever and all it takes to see the truth is free your mind,” describes its official synopsis.

The franchise, which helped define pop culture at the turn of the century, is back for a continuation and extension of the original film. With its game-changing action and visuals, it helped pave the way for many other films. ” Thus, taking into account this official synopsis, the fourth installment of The Matrix actually means an expansion and extension of the original delivery.

The latest preview shows Neo and Trinity facing what appears to be an infinite loop, so it will be time to trust to get out of it. Both are not recognized.

Later, Morpheus (Yahya Abdul-Mateen II, addressing the character originated by Laurence Fishburne) offers him the red pill and reopens his mind to the world of the Matrix. “We can’t see it, but we’re all trapped inside these strange repeating loops. But this is the time for you to show us what is real, ”Morpheus tells Neo in the trailer.

“They taught you well, they made you believe that their world was everything you deserved, but a part of you knew that was a lie. A part of you remembered what was real. Before she trusted me, now I will trust her ”, says Neo referring to what seems to be a test that Trinity will have to pass to save herself? or save who or what?

“Matrix 4: Resurrections” promises a lot of action to cover its realities, suspense and many special effects; but, above all, a story that will leave you wondering if it is real or we are living in The Matrix. Lana Wachowski directed Matrix Resurrections from a screenplay she wrote with David Mitchell and Aleksandar Hemon.

The premiere of Matrix 4: Resurrections is getting closer and closer