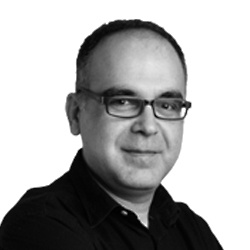 the script you wrote Francis Ford Coppola from the novel mario puzzo it is a prodigy. The filmmaker is very faithful to the source material, an entertaining book that he turns into a work of art. He raises his pages to another dimension, without needing to betray them.

Between the two, they also leave us dozens of phrases to remember, sentences that made a fortune since the premiere of the film and that have since been imitated a thousand times, not only in the cinema and in popular culture. His machismo and his evident load of violence was not an obstacle, in a more incorrect time, but in which the public still distinguished what was good from what the characters did.

The mafiosi themselves began to adopt customs and ways of speaking that they saw in a film that reflected their cruelty, in a portrait that was flattering despite everything. The world of finance, so similar in many respects, also shamelessly copied what the Corleones said, like the classic: “I’ll make you an offer you can’t refuse”. If the reader does not know what he means, at some point he explains: “Luca Brasi put a gun to his head and my father assured him that his brains or his signature would be on the contract.” Luca, by the way, was played by Lenny Montanamobster in real life.

Let’s review some of the other more memorable lines and dialogue. Warning: include plot details that those who haven’t seen the film would do well not to read:

It is one of the mottos that is repeated the most, in the mouths of several characters. Michael tells him (Al Pacino) to Sonny (james caan), but also the lawyer Tom Hagen (Robert Duvall) to Sonny himself, who takes the affront more to heart: “Even shooting your father was business, not personal, Sonny!” he insists unsuccessfully. Outside the family, also Sollozzo (Al Lettieri) repeats it to Michael in Sicilian after the failed attack: “I’m sorry. What happened to your father was business. And young Corleone understands.

Michael reinforces the concept with another valid idea in any field: «never hate your enemies, because it affects your reason». That coldness of mind is what makes the one who seemed the weakest take the reins of the family. The young man is also a sponge with the advice received: «My father taught me many things here, in this room. He told me: keep your friends close, but even closer to your enemies ». He tells Frank Pentangeli (Michael V. Gazzo) in the second part of ‘The Godfather’. Don Vito has time to leave us with other vital lessons: “A friend must always underestimate your virtues and an enemy overestimate your defects.”

The concept of family is another classic, torn apart by the betrayals of some of its members. “Fredo, you’re my big brother and I love you, but don’t ever take sides against the family. Never!” says Michael to the character played by John Cazale. Don Vito teaches his son Sonny a more subtle idea: “Never speak your mind to anyone outside of the family again.”

In those family meals many pearls are released. Conny (thalia shire, sister of Francis Ford) remembers some of the rules: “Dad never talked about business in front of the children” and since not everyone listens to him, Sonny repeats it. But the best known phrase is surely the one that the Don says to Johnny Fontane (Al Martino): “A man who doesn’t spend time with his family can never be a real man.”

It is interesting to see how they look. There is a dialogue between Michael and Kay (Diane Keaton) very significant:

Michael: My father is no different from any other powerful man, any man who is responsible for other people, like a senator or a president…

Kay: Do you know how naive you sound?

-Kay: Senators and presidents do not kill men.

–Michael: Who is being naive?

In such a violent environment, weapons are also always present. A modern criminal, the father once again illustrates his smartest son: “A lawyer with his suitcase can steal more than a hundred armed men,” he tells her. He also listens, when he meets the fleeting Apollonia (Simonetta Stefanelli), that “in Sicily, women are more dangerous than shotguns”.

The Godfather’s own idiosyncrasies creep in through the other characters. One of those who knows him best is the faithful lawyer: “Mr. Corleone never ask for a second favor when the first one was rejected”, he clarifies to another character who has not fully understood who he is negotiating with. Shortly after, he says another sentence to Jack Woltz that would alert the most clueless: “Mr. Corleone is a man who insists on hearing bad news immediately.”

Don Vito, by the way, is in no hurry to collect favors, although he is a usurer of loyalties. To Bonasera (Salvatore Corsitto) explains it to him in two lines as soon as the film begins. “Someday, which may never come, I will ask you to do something for me. Until that day, consider this a memento of my daughter’s wedding.”

Tom Hagen himself listens to some unforgettable lesson, like this one from Michael: “If history has taught us anything, it is that anyone can be killed.” But the best advice of all, the one that saves his son Michael’s life, is this phrase from a sick Don: “Listen, whoever comes to you to offer you a meeting with Barzini (Richard Conte), that’s the traitor. Never forget it”. «Barzini will organize a meeting with someone you absolutely trust, guaranteeing your safety. In that meeting, you will be killed », he tells her at another time, in a more graphic way.

The phrases of ‘The Godfather’ that popular culture could not reject