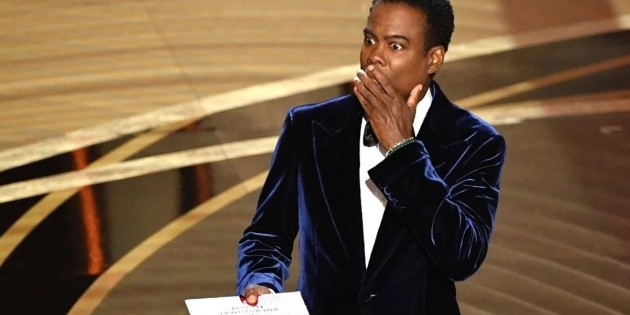 The Board of Governors of the Hollywood Academy will advance its next meeting to this Friday, in which it will decide the sanctions that will apply to Will Smith for slapping comedian Chris Rock during the Oscars.

The president of the Hollywood Academy, David Rubin, communicated the advance in an internal letter, distributed by Variety magazine, in which he explains that since the actor left the organization of his own free will, it is no longer necessary to meet the deadline. 15 days for him to contribute his vision of the facts.

Although Smith decided to leave the institution, which has almost 10,000 professionals from the world of cinema, its board of directors will continue with the open process.

“It is in the best interest of all involved that this is handled in a timely manner,” Rubin said in the letter.

After the actor’s departure by his own feet, expulsion is no longer considered as one of the punishments, which could still include the veto for future nominations or ceremonies, permanent or temporary, as well as the withdrawal of the Oscar, an unprecedented measure. in the case of behavior problems.

“Following Mr. Smith’s resignation from his Academy membership on Friday, April 1, suspension or expulsion is no longer a possibility and the legally prescribed calendar no longer applies,” summarized the president of the institution, who accepted “immediate” the resignation of the protagonist of “King Richard”.

More than a week after the Oscars, reactions to the moment continue to make headlines, including in British tabloids such as The Sun, which claims that Smith checked into a rehabilitation clinic to manage his stress.

Likewise, Netflix and Sony suspended production on the two films — “Fast and Loose” and “Bad Boys 4” — in which he was to star.

Will Smith decided on Friday to leave the Academy after describing his performance at the 94th Oscars as “shocking, painful and inexcusable,” according to a statement sent by his management agency.

Smith took that position two days after the disciplinary file was opened.

The Academy then urged him to issue a written statement about his controversial slap in the face of comedian Chris Rock at the Oscars after he joked about Smith’s wife, Jada Pinkett-Smith, having alopecia.

In this sense, the interpreter stated that he will accept “more consequences” from the Academy.