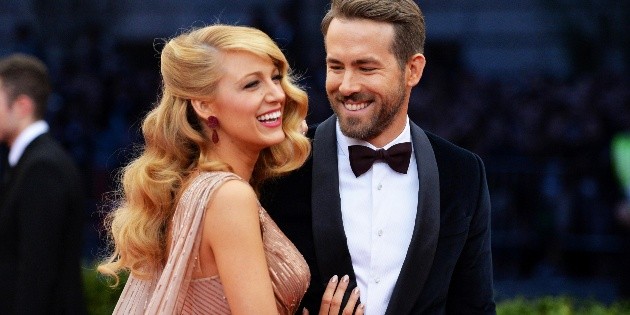 The Cinematographic Universe of Marvel It has multiple films and many actors who were part of the productions. As we already showed you, some of them met on the recording set and they started a romance, but it is something that does not happen in the same way in DC Comics. In fact, only one couple was formed on the tapes and here we bring you everything about them.

After the photos that were leaked and made it clear that Zendaya and Tom Holland are dating, we remember that there is a tradition in Marvel with the last two Spider-ManTobey Maguire had an affair with Kirsten Dunst, and Andrew Garfield followed suit with Emma Stone. On the other side, the opposite happens: there are almost no courtships.

Up to now, the only actors who coincided in the filming of a film and from there they formalized a relationship are Ryan Reynolds and Blake Lively. They are currently one of the most acclaimed marriages by fans, and you should know that they they met during the filming of Green Lantern in 2011, after he parted ways with Scarlett Johansson and she left Gossip Girl partner Penn Badgley.

Although they seemed to get along from the start, neither of them made the first move. They both confessed that their first date was double, but each was with a different person. “It was the most uncomfortable because there were fireworks between us. It was strange at first, but we had been friends for a long time. I think it’s the best way to have a relationship: to start as friends.”, assured Ryan.


The truth is by 2012 they were already celebrating their wedding and Blake revealed: “Right now, I have a lot of peace. I have never been so happy in my life”. Together they have two children and Reynolds has stated that the birth of their first child made the relationship stronger.: “When we had that baby I became more in love with my wife than ever in my life”.