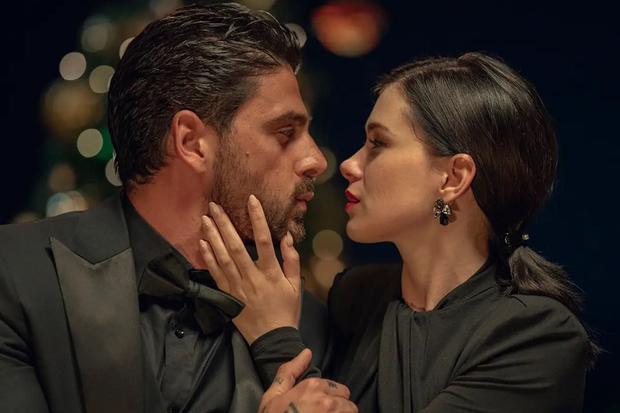 MORE INFORMATION: What does the end of “365 DNI: That day” mean?

Although those who already read the last novel, “The Next 365 Days”, already know the fate of the characters played by Michele Morrone and Anna-Maria Sieklucka, it is possible that the adaptation of the popular streaming service will take a different course, since the fans were not very happy with the end of the books.

At the end of the sequel to “365 DNI” (“365 Days” in English or “365 dias” in Spanish), Massimo and Nacho join forces to rescue Laura, who, seeing Adriano and Anna, understands that she fell into a trap. Having his brother face to face, Adriano does not hesitate to torture him, revealing that Laura lost her son because of the Matos. Laura takes advantage of this situation to escape from her, but before she can run into her husband’s arms, Anna shoots her in the back. In response, Nacho shoots that woman and Massimo, his twin.

MORE INFORMATION: Absolutely everything about “The Next 365 Days”

The second film adapts and modifies some events of the last novel, for example the death of Massimo and Laura’s son. While in the series NetflixBiel loses it due to the attack in the tunnel ordered by the Matos, in the book, he suffers an attack and Torricelli must choose between saving his wife or his son.

In the book “The Next 365 Days”, Massimo chooses to keep Laura alive, but makes his wife believe that she had a miscarriage. This loss causes Biel to shit in a spiral of alcoholism and become more dependent on Massimo.

The excesses also their work. When he loses control of his company, he takes refuge in a dog he adopts and calls Prada, as well as her increasingly close relationship with Nacho, a mobster rival of the Torricellis.

Of course, this provokes the jealousy of Massimo, who begins to use drugs and in a fit of rage kills Prada and sends his body as a warning, although he later denies any responsibility.

Laura falls in love with Nacho and leaves Massimo, who in order to get Laura back brings another woman to Olga and Domenico’s wedding. After turning Laura against Nacho, she manages to take her back home with Massimo, but she soon discovers her deception and tries to escape from her.

“The Next 365 Days” ends with Laura breaking free from Massimo and starting a new life with Nacho, whom she marries and is expecting their first child.