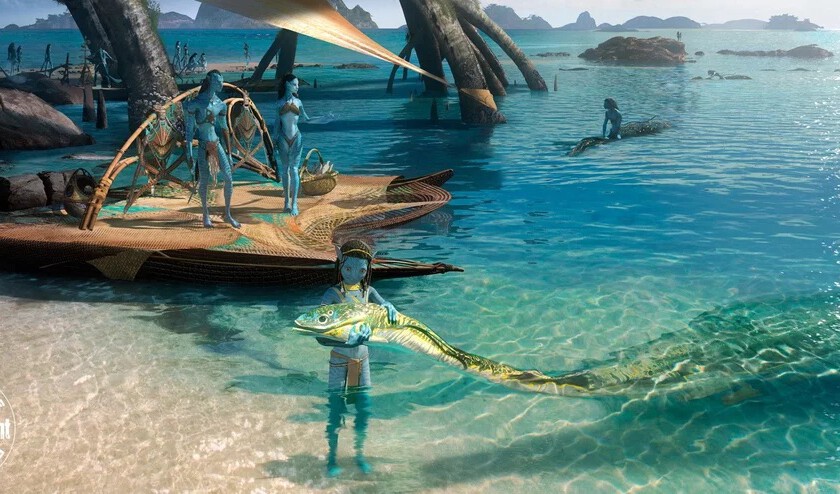 In a exclusive report for Entertainment Weekly, James Cameron has had the opportunity to show some new images from the first sequel to his landmark ‘Avatar’, the highest grossing movie of all time. Also, incidentally, he has expressed some doubts about his potential at the box office, an attitude to which the director of ‘Terminator’ is not accustomed to us.

“The big problem is: Are we going to make some bloody money? “He says, focusing on how the film landscape has changed after the pandemic, as there is no longer room for medium-sized films: “Big and expensive films have to make a lot of box office. in a new post-COVID, post-streaming world. We may never see the box office data from before again. Who knows? This is all a very risky gamble. “

But These aftermath not only serve to make Cameron tighten the rope of the industry’s financial resistance, preparing three sequels at the same time without knowing if the first of them will be a success. Also, with their success or failure, they will determine if there are still infallible author names in the business, in times in which creators fade after the fame of a franchise or of some characters: Cameron has never faced a failure that Put your career at risk, and yes to many hits that have endorsed your last name as a name, such as Spielberg or Scorsese, which alone sell a movie.

For now James Cameron says that he is combining his two passions with this film: the aquatic world and the cinema. “I’m in the ocean when I’m not making movies,” he says, “so if I could combine my two great loves, one of which is exploring the ocean, the other making feature films, why wouldn’t I? do?”.

It is fair one year for the premiere of ‘Avatar 2’, which is scheduled to hit theaters on December 16, 2022. Its $ 250 million budget will put Disney’s finances to the test, since they add up to an amount that is becoming increasingly difficult to see to sustain films in a panorama as unstable as the current one.