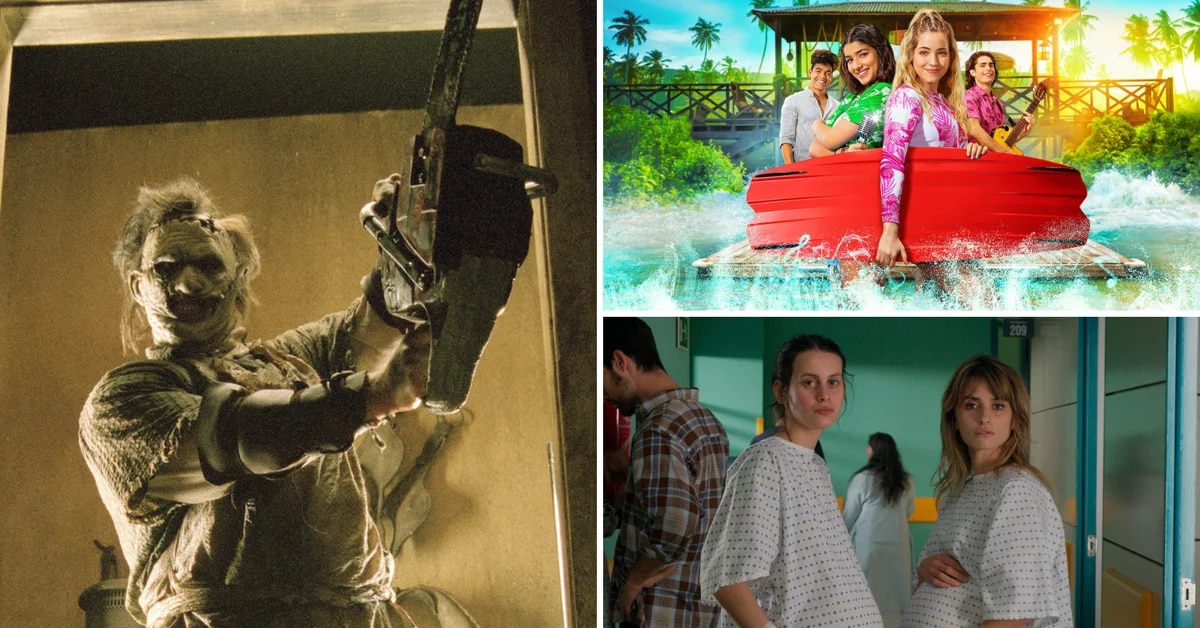 The week begins with premieres for all tastes and generations. Productions that will entertain you, and that will surely also make you smile. Here are some series and movies that you can see in the coming days in Netflix.

Next Wednesday, this youth series that unites sports, music, comedy and romance will arrive on the streaming platform. Production takes place in the hotel big sky, a place that is in its worst economic moment and that is why it will become the home of a wakeboard competition, with the aim of obtaining enough money not to let it die. There the spectators will meet the different characters and their storieswho will spend an unforgettable season.

Steffi, Luz, Julián, Tony and everyone at Cielo Grande are ready to live an unforgettable season of wakeboarding, karaoke, mysteries, adventures and much more.

It is a documentary divided into three parts, in which the life of this music star is revealed. “The directors walk dark alleys, but they are unabashedly in love with their protagonist and it is not difficult to understand: he is not the first man with narcissistic tendencies to turn out to be someone unexpectedly lovable,” says the criticism made by Variety.

The lives of a rising superstar and a filmmaker meet in this intimate three-part documentary on Kanye West’s career.

Keeping Up with the Kardashians: season 9 and 10 – February 17

“The kardashian They get together to talk about something very serious. khloe fight anxiety. Now that the Jenner finalized their divorce, the family must face the challenges of adapting to its new structure, ”says Netflix about what will happen in those seasons of the famous reality show.

More chapters of “Keeping Up with the Kardashians” arrive on the streaming platform. (AP/Matt Sayles)

The new tape Pedro Almodovar It will arrive this week on the streaming platform with a story that begins in a hospital. There, two mothers who are about to give birth will meet and have a unique connection that will lead them to share their different life experiences. The production stars Penelope Cruz.

“Parallel Mothers” is the new film by Pedro Almódovar.

“After almost 50 years in hiding, Leatherface returns to terrorize idealistic young friends who, by unfortunate accident, disrupt their meticulously protected world in a remote Texas town.

The film will continue with the original story of the 70s and an example of this is the return of Sally Hardesty (Olwen Foure)who will reappear in the film to take revenge, after being the only survivor of his infamous 1973 massacre.

The first trailer for the series was revealed. The Lord of the Rings: The Rings of Power and the expectation continues to grow
Murderville: a police comedy that wants to be original but ends up being confusing and not believable
Series and movies that arrive on streaming platforms the week of February 14 to 20

The Netflix premieres that you cannot miss this week