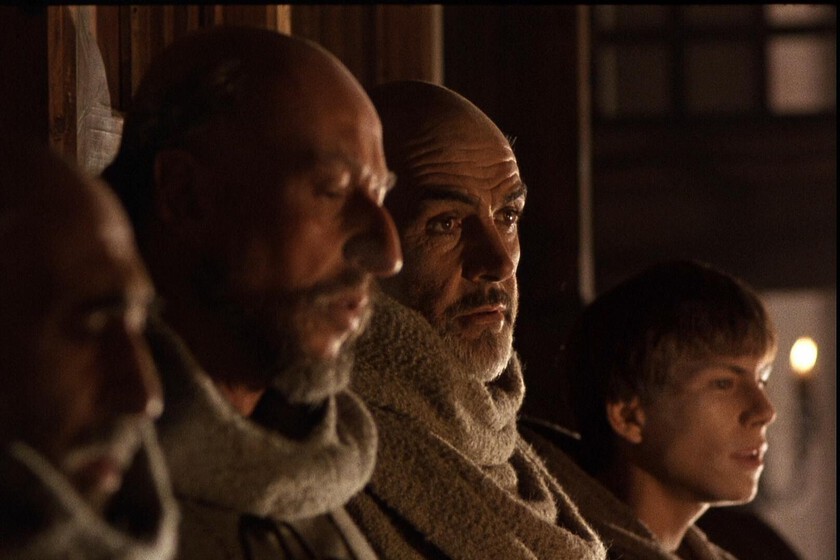 the world of dubbing It is a box of surprises. Criticized by many, praised by many others, it has given us iconic moments adapted to our language, it has caused us gigantic anger —it seems like it was yesterday when our eardrums suffered with ‘Idhun’s memories’— and has always generated a debate that, despite not always being healthy and moderate, is exceedingly interesting and complex.

Are you naming me vice queen?

But what we are going to remember next transcends any offense, any choice of “star talent” over professional actors and any phrase uttered by Lola Indigo in ‘Space Jam 2’. The infamous dub that is about to caress your eardrums belongs to that wonder entitled ‘The name of the rose’ by Jean-Jacques Annaud and, if you haven’t heard it before, you may doubt its authenticity.

The excerpt that you have just heard – I am truly sorry – and which has made noise again in Twitter belongs to a deleted scene from the adaptation of Umberto Eco’s novel which was released on a DVD edition released in 2004. This excerpt was not dubbed at the time, so someone thought it was a good idea to take the first available voice to lend their vocal cords to the characters of William Hickey, Sean Connery and Christian Slater. Overwhelming.

Unfortunately this is only one of several examples illustrating this type of treatment to Spain’s Spanish dubbing of a deleted scene —in Latin America it was subtitled—. Without going any further, great titles such as ‘All the president’s men’ or ‘Gremlins 2’ they suffered similar desecrations —I’ve been browsing YouTube and other places for a while and I haven’t found any samples, that’s what we saved ourselves—.

The good side of all this is that, no matter how supportive we may be of the original versionappreciating a good dubbing seems much simpler.

‘The name of the rose’: the insane dubbing of this deleted scene remains the great mystery of the film