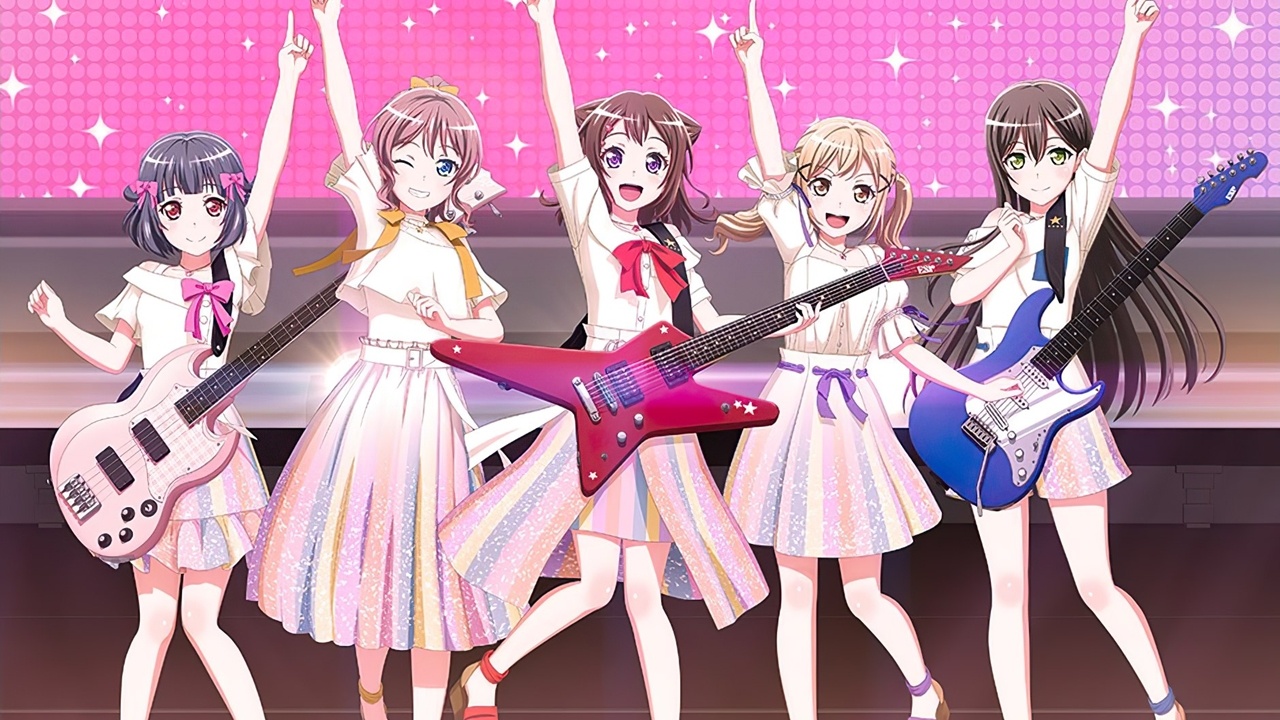 On the official Twitter account for the multimedia franchise of BanG Dream! a special video was published for the next feature film, titled BanG Dream!: Poppin’ Dream!. The video shows a new promotional image of the project, while keeping the premiere date scheduled for January 1, 2022 in Japan. The description of the feature film confirmed that it is a direct sequel to the third season of the original series, and the story is described as follows:

«The story begins with the appearance of a mysterious woman in front of Kasumi and her friends after their successful concert at the Budoukan, and takes place in a foreign country. The visual teaser shows the members of Poppin’Party reunited at dusk. The trailer shows Kasumi and her friends sitting side by side on a pier by the sea, and the members of RAISE A SUILEN hanging out indoors.». It has also been announced that on December 13, starting at 8:00 p.m. (Japan Time), a special program will be broadcast on the franchise’s official YouTube channel to offer more information about the film. The five members of the voice cast of Poppin’ Party will participate.

For its part, the anime adaptation has three seasons to date. The first was produced by Issen (the collaboration of the studios OLM with Bushiroad) and XEBEC, and aired in January 2017. Subsequent seasons were produced by studios SANE and released in the Winter-2019 (January-March) and Winter-2020 (January-March) seasons.

When Kasumi Toyama was camping as a child, she listened to the rhythm of the “Star Beat” while admiring the starry night sky. This sparkling, throbbing sound left a lasting impression on him, and since then he has been constantly seeking to rediscover that emotion. Now, as a newly enrolled student at the Hanasakigawa Girls’ Academy, Kasumi is more determined than ever to find that lost feeling again. She tries a wide variety of school club activities and even considers taking a part-time job, but none of them feel right for her.

That is, until he stumbles upon a star-shaped guitar in an old pawnshop’s warehouse. He takes her to a live concert stage where she is enthralled when she sees a live performance for the first time. Driven by adrenaline, she instantly decides to form a band without even really knowing why. However, such an adventure forces her to face various obstacles with new friends she makes along the way, all in her quest to find that twinkling, throbbing ardor once more.