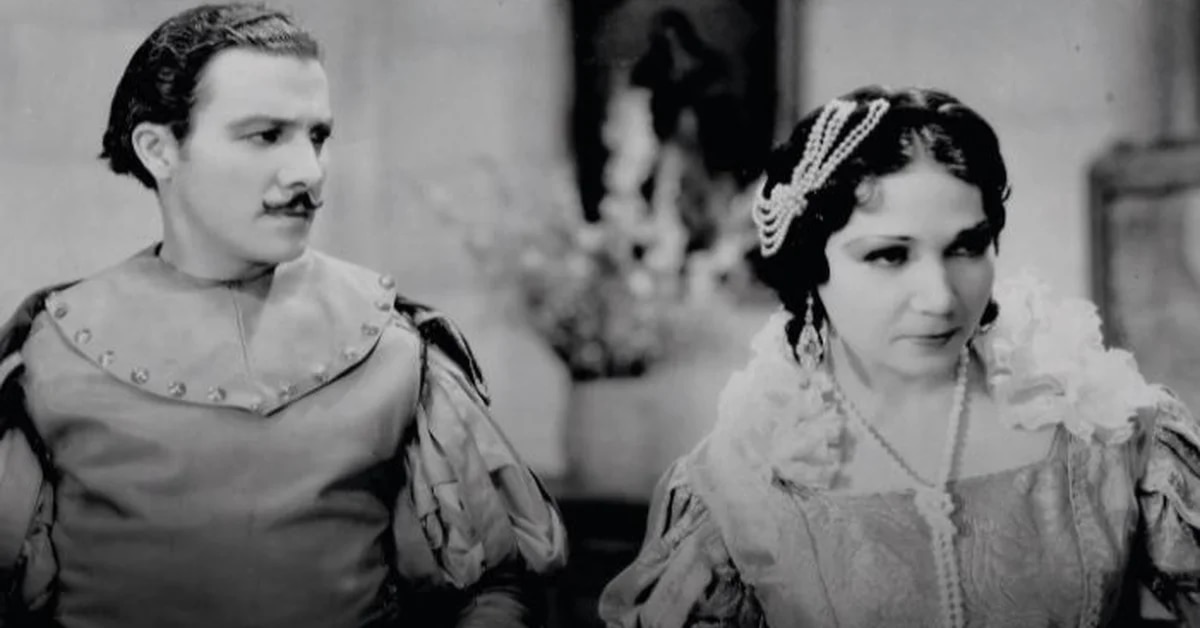 The Golden Age of Mexican cinema left some of what are currently considered the best films that have been made in Aztec lands. However, some tapes have suffered a Uncertain destiny due to the time that has elapsed since they were created.

The Film library of the UNAM, as well as the Mexican Institute of Cinematography (IMCINE), have been dedicated to safeguarding Mexican audiovisual heritage for several decades, which is why it is known of the existence of tapes of which their negatives They got lost forever or they disappeared of the facilities where they were housed.

One of the historical events that caused much of the destruction of these materials was the fire who suffered the National Cinematheque in 1982.

“The blood stain” has been one of the few lost and found films (Photo: Arcadía UNAM)

Almost two decades ago the Filmoteca published its first list of the 10 most wanted lost movies so that Mexicans can approach this institution if they know the whereabouts of said tapes. Fortunately, the list was updated in 2008 as two titles had been found: Devil cross (1934) by Fernando de Fuentes, and The Blood Stain (1937) by Adolfo Best Maugard, films that it was even believed that it did not exist.

This new list has not been updated for 11 years.

1. The light, triptych of modern life (1917) by Ezequiel Carrasco. It is a silent movie. His script is inspired by the Italian film The Fouco (1915), by Piero Fosco. His footage is known to be between 4 and 5 rolls.

2. In self defense (1917) by Joaquín Coss. It is also a silent tape. His script was written by the same protagonist and producer, Mimi Derba.

“In Self Defense” was one of Sara García’s first films (Photo: IMDb)

3. Juan soldier (1919) by Enrique Castilla. It is known that this film, also silent, was produced by the Secretary of War and Navy, created for your army.

4. The plot (1921) by Ernesto Vollrath. Silent film about which little information is available, such as the fact that it is based on the novel by José López Portillo y Rojas, in addition to the fact that its protagonists are Luis Ross and Carmen Bonifant.

5. The marble colossus (1928) by Manuel R. Ojeda. It is a callista propaganda film, also silent. Its title refers to the Palace of Fine Arts.

“Stronger than duty” was one of the first to use the Ex Convent of Churubusco as a location (Photo: Facebook / National Museum of Interventions – Ex Convento Churubusco)

6. Stronger than duty (1930) by Raphael J. Sevilla. It is considered one of the most important films in Mexican cinema as it is the first voiced with records. It is known that a fire removed the original negatives, but it is hoped that there are copies.

7. The anonymous (1932) by Fernando de Fuentes. Its importance lies in the fact that it was the film with which Fuentes debuted as director.

8. An impertinent spectator (1934) by Arcady Boytler. It is known to be a 25-minute short film, produced by a boytler experiment. The director was looking to mix a screening with his live performance. From this movie audio was found.

The audio of Boytler’s film was found at the Cineteca Nacional (Photo: Twitter / @ CinetecaMexico)

9. Michoacan (1937) by Elena Sánchez Valenzuela. It is a documentary made from the request of Lazaro Cardenas, who was then president. Valenzuela was the founder of the first Filmoteca de México.

10. The china poblana (1943) by Fernando A. Palacios. Was the María Félix’s first color film. It was premiered at the Lindavista cinema, which meant that a bus service had to be provided from the Palacio de Bellas Artes to bring the public closer to the theater.

María Félix came to express her happiness at the loss of this film because it was of very low quality (Photo: INAH)

Most of these tapes have information about their whereabouts, but it is uncertain because some are rumors or it is known that the reels will never be accessible due to different restrictions.