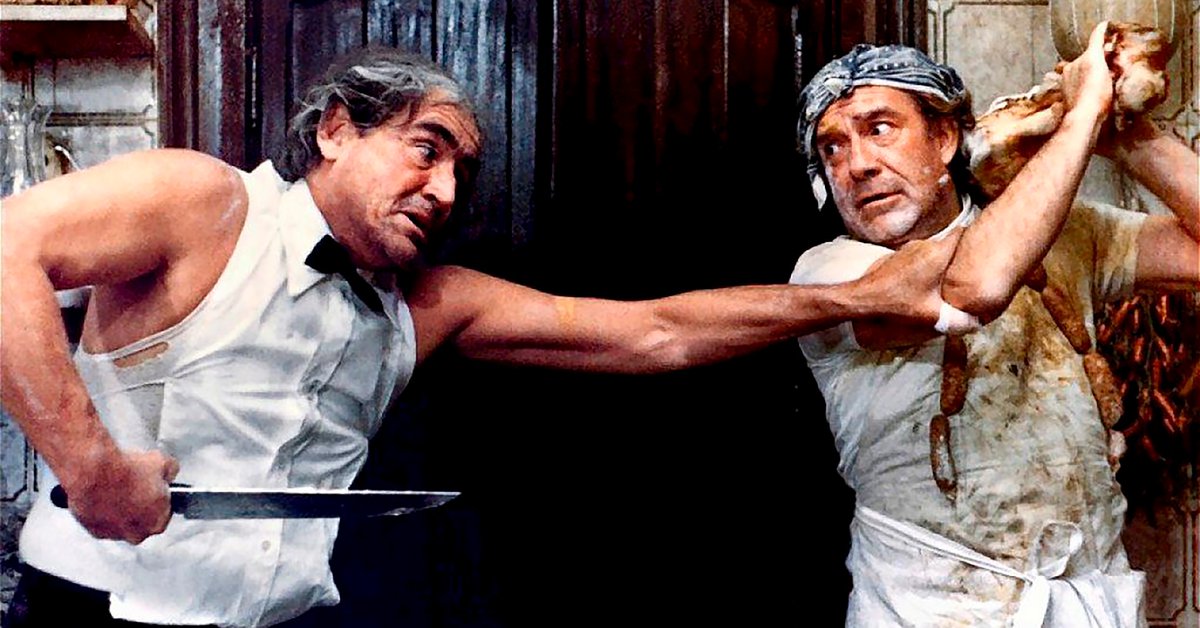 After the Second World War, Italy shocked the world with great films gathered under the name of Italian neorrealism. The harshness of these titles was followed by other great filmmakers, being Federico Fellini the most prestigious of all. And there behind, with a look as sharp as it is brilliant, the italian comedies, who would reign for a couple of decades.

At the end of the 50s the genre was in The old strangers (1958), from Mario Monicelli, the exact tone that would be an indelible mark in the history of cinema. The veteran actor geek crossed with the young Vittorio Gassman Y Marcello Mastroianni. From that band of losers who dreamed of giving a great blow, Italy made a cruel and hilarious portrait of its inhabitants.

The Italian comedy would stand out for those actors who must be added to Alberto Sordi Y Ugo Tognazzi. Many other names deserve a section, but in the Gassman, Mastroianni, Sordi and Tognazzi quartet the comedy would find a poker of aces that would become a legend. They were world famous, but Argentina immediately adopted them as their own. Next to Nino Manfredi, another master of comedy, Vittorio Gassman came to film the comedy in our country An Italian in Argentina (Il Gaucho, 1964), proof of this direct connection.

Vittorio Gassman and Ugo tognazzi, in “The monsters”

The director of this title was Dino Risi, one of the true architects of this genre, the director of The monsters and, together Mario Monicelli Y Ettore Scola, from The new monsters. This trio of filmmakers are key pieces of this very particular phenomenon that it became so close to our identity as a society. For better or for worse, his films were very close to us and the Argentine public laughed with the certainty that there was something of their own in each of the characters.

The monsters it is a film of enormous freedom. The vignettes, the sketches that make up the plot have a variable duration: some are complex stories and others, subtle and fast, fly by. A father who breaks all the traffic rules in front of his son, giving him lessons in immorality without any problem, is the start of 20 stories of dark humor, social criticism, political satire and even sex comedy. Vittorio Gassman and Ugo Tognazzi play a dozen roles each, such as a film version of the Italian art comedy. The viewer recognizes them and allows them this game throughout the movie.

In these stories we see very Argentine characters, boxers, politicians, members of the church, rogues, treacherous, deceivers who end up deceived, cynics without fix, in a very funny but also somewhat distressing map. This is not an amoral film: the film takes the time to show the consequences of these acts in several cases. The final story is devastating, reaching Tognazzi and Gassman the highest point of pathos as two losers who with boxing plan a triumph that ends in disaster.

The poster for “The New Monsters”

The new monsters, a sequel that arrives 14 years later, has fewer stories and an even darker tone. The 70s brought, for Italy and – coincidence or not – for Argentina a darker and more pessimistic climate, even more than the previous film. The look is still stark, but the world has become even more dangerous and violent. To prove it, the two characters that he plays are there Ornella Mutti, whose endings leave the viewer breathless. And Gassman and Tognazzi, the two protagonists, are joined by the presence of Alberto Sordi, in charge of giving the film a closure so that it is not so overwhelming. Again the blackmaids, the snobs, the cowards, all within the framework of a society that seems to have deteriorated.

The histrionic Gassman and the sober Tognazzi won by The monsters the award for best actor, shared, in the Mar del Plata Film Festival, another demonstration of the enormous affection that their work provoked in our country. They were already a legend in the 70s, but they continued to enjoy enormous popularity. Italians, whose heritage came to Argentina with good and bad, and who always seem to be talking about us at the same time as they are talking about themselves. In particular when it comes to comedies, where Italianness and Argentinianness seem to merge into the same identity for the duration of the films.

Crazy Cars: The Mystery Behind the Unforgettable Characters and Fame of a Series That Only Had 17 Episodes
The adventures of Jim West: all the curiosities behind the delusional secret agent of the Wild West