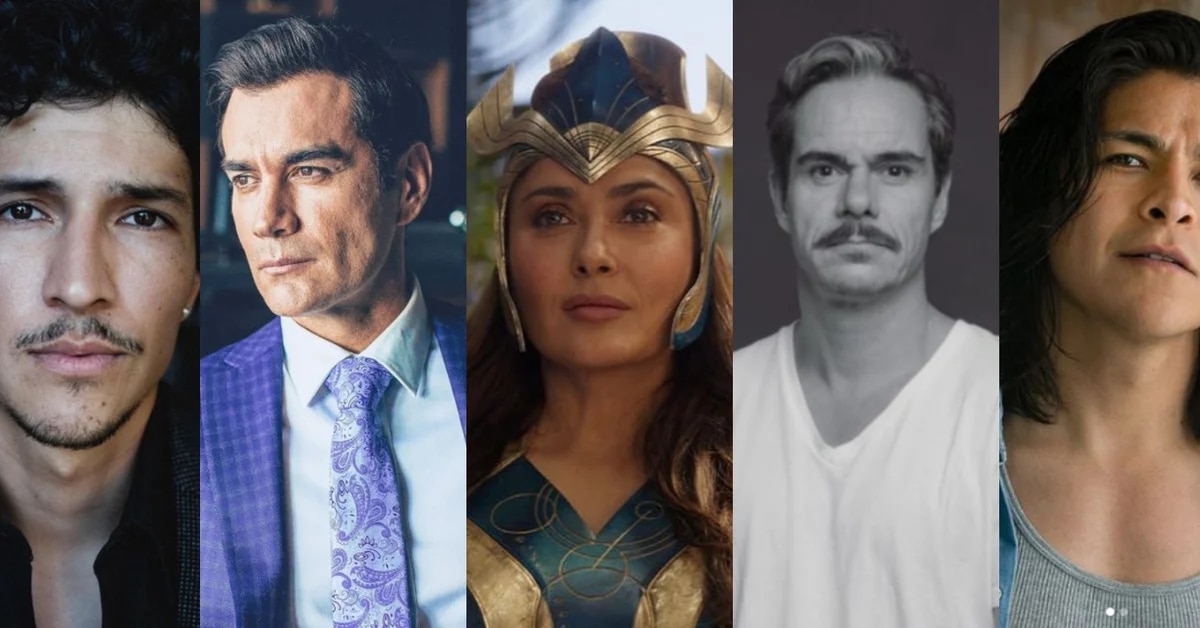 2021 was a very successful year for Mexicans who collaborate with Marvel Studios. Various compatriots ventured into some of the series and films presented in phase four of the Marvel Cinematic Universe that the following year will continue to bring surprises to the millions of followers of the Marvel Multiverse.

Throughout the year, Mexicans selected by Marvel had the opportunity to work on the Phase Four process that began with WandaVision in january Y which concluded with the Disney + series, Hawkeye December 23th. In the process, various actors with Aztec roots rose to fame after participating with the film giants: Disney Production and Marvel Studios.

The first to rise to fame was the American actor of Mexican-Colombian origin, Danny Ramirez, who had the participated in the development of The Falcon and the Winter Soldier and in which he stood out as a faithful friend of Anthony Mackie in the role of “Sam Wilson / Falcon” and Sebastian Stan in the role of “Bucky Barnes / Winter Soldier.”

The Ramirez’s role was very important to the plot of the Marvel series, as he described it The Hollywood Reporter. The arrival of the actor has awakened relevant theories that it could be he who finishes drawing the future of the Marvel Universe by taking the role of “Joaquín Torres”, who becomes the new Falcon.

Likewise, it is important to remember that within the series, in the fourth chapter, titled The whole world is watchingAfter one of the action scenes that the new Captain America has, “John Walker” (Daniel Brühl), one of the villains manages to escape through a drain and points out that the escape fIt was copied from the Mexican drug trafficker, Joaquín Guzmán: “I can’t believe he imitated ‘El Chapo‘”Said Falcon and who is played by Anthony Mackie.

Another character who was involuntarily involved in the development of the Marvel films was David Zepeda, when the important Mexican histrion appeared in the post-credits scene of Venom: Let There Be Carnage where Tom Hardy “Eddie Brock / Venom” is lying on a bed while they watch the soap opera Cornered (2007).

Even if Zepeda’s presence in Venom: Let There Be Carnage will not have any relevance in the UCinematographic Universe of Marvel, it was a very emotional moment for the Mexican fans who made the extra scene of the film directed by Andy Serkis a trend.

Skipping a few months, until November 4 and hoping to revive theaters after the arrival of COVID-19, the last film produced alone by Marvel Studios in 2021, Eternals, which was received with great acceptance by the public, since it had a great cast such as Angelina Jolie “Thena”, Richard Madden “Ikaris” and the Mexican, Salma Hayek como “Invite”.

In the film, the native of Coatzacoalcos, Veracruz, had the possibility to interpret “Ajak ”who, according to Marvel, in the comics created by Jack Kirby and Stan Lee, is a member of the Polar Eternals, a group of immortal beings, since their appearances date from 2500 BC hence the origin of the name “Eternals”; the character played by Hayek, as well as being one of the most important characters in history, is a scholar in archeology after her interaction with ancient cultures.

It should be noted that another of the protagonists of Eternals es (Makkari) Lauren Ridloff, who became Marvel’s first deaf superhero, has Mexican ancestry thanks to her father being Mexican-American.

To begin to end this count of Mexicans who rose to stardom during 2021 with Marvel, it is worth highlighting the Mexican-American histrion, Tony Dalton, who gave life to Jack Duquesne, an important swordsman and who is an expert villain in swords, according to Marvel comics.

However, at the end of the season of Hawkeye, it was the opposite, since he became an ally of Kate Bishop (Hailee Steinfeld) y is expected to return in some new production of Marvel Studios in the future.

On the other hand, one of the new faces in Mexican acting is the young actor, Christ Fernandez, born in Guadalajara, Jalisco, and which has made its way into several considerable productions in United States as the Apple TV + series, Ted Lasso.

Although it is important to mention that the young man born in Jalisco had a smallcalving in the first post-credit scene in Spider-Man: No Way Home.

Cristo Fernández, gives life to the bartender who attends and tells Eddie Brock (Tom Hardy) on the death of Iron Man (Robert Downey Jr.), the existence of Hulk (Mark Ruffalo) and the five years that the victims of the click of Thanos (Josh Brolin), that is, he narrated everything that happened in Avengers: Infinity War y Avengers: Endgame.

Venom turns out to be one of the casts into the universe of MCU (landed on a Mexican beach), consequence of the fracture of the multiverse due to Doctor Strange (Benedict Cumberbatch). The symbiote confirms this by feeling how it slowly disappears and Venom he yells: ‘no, not again, we just got here’. And it disappears. But a child of the symbiote remains on the bar and slides before the end of the scene.

These are the famous Mexicans related to the Universe of Marvel superheroes
Tony Dalton made his debut in the Marvel Cinematic World with the first two chapters of “Hawkeye.”
“Spider-Man: No Way Home” could reach HBO Max Mexico and Latin America in 2022

The Mexicans who triumphed in Marvel during this 2021