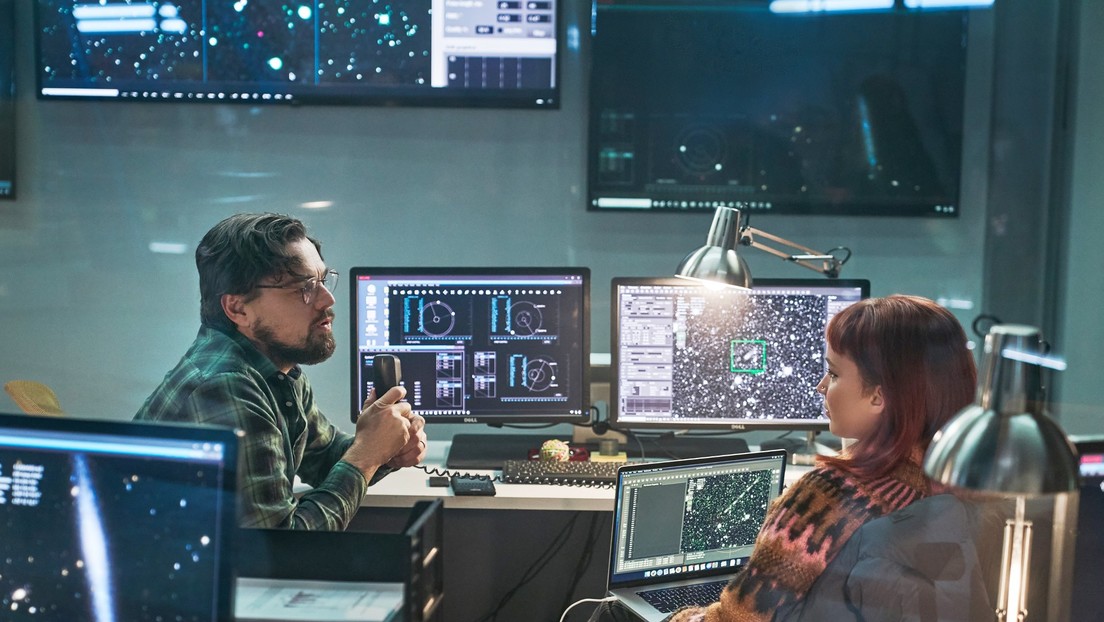 Speaking recently of the shoot, screenwriter Adam McKay confessed that DiCaprio’s phrase was about to not come out due to the emotional impact it generated on the team.

Adam McKay, writer and director of ‘Do not look up’, spoke with the magazine Variety about the end of the successful Netflix production and revealed that Randall Mindy’s final phrase of the film – played by Leonardo DiCaprio – was devised and improvised by the Hollywood star himself.

“The thing is we really had it all. Do not believe it? I mean, if we think about it, “Randall says wistfully at dinner in the last few minutes as everything around him shakes.

The effect of the performance and the meaning of the words in the background of the film, and as a conclusion, have remained in the memory of many viewers. “That phrase was DiCaprio’s idea.”says McKay.

The director says the actor approached him and script supervisor Cate Hardman and said, “You know, I feel like I should say something.” “Y [DiCaprio] she said the phrase, she didn’t even read it in her character, and immediately Cate, a tough Texan, and I we cry immediately, and I broke a little voice, “he detailed.

However, McKay confessed that DiCaprio’s phrase he was about to not appear in the movie due to the emotional impact it had on him, and while working with the editor, Hank Corwin.

“[La frase] It scared us in the editing room because it hit us so hard. We kept her out of the montage for a while. And then towards the end, we think, ‘You know what, we have to try it.’ And it was the strongest blow of all, “says McKay.