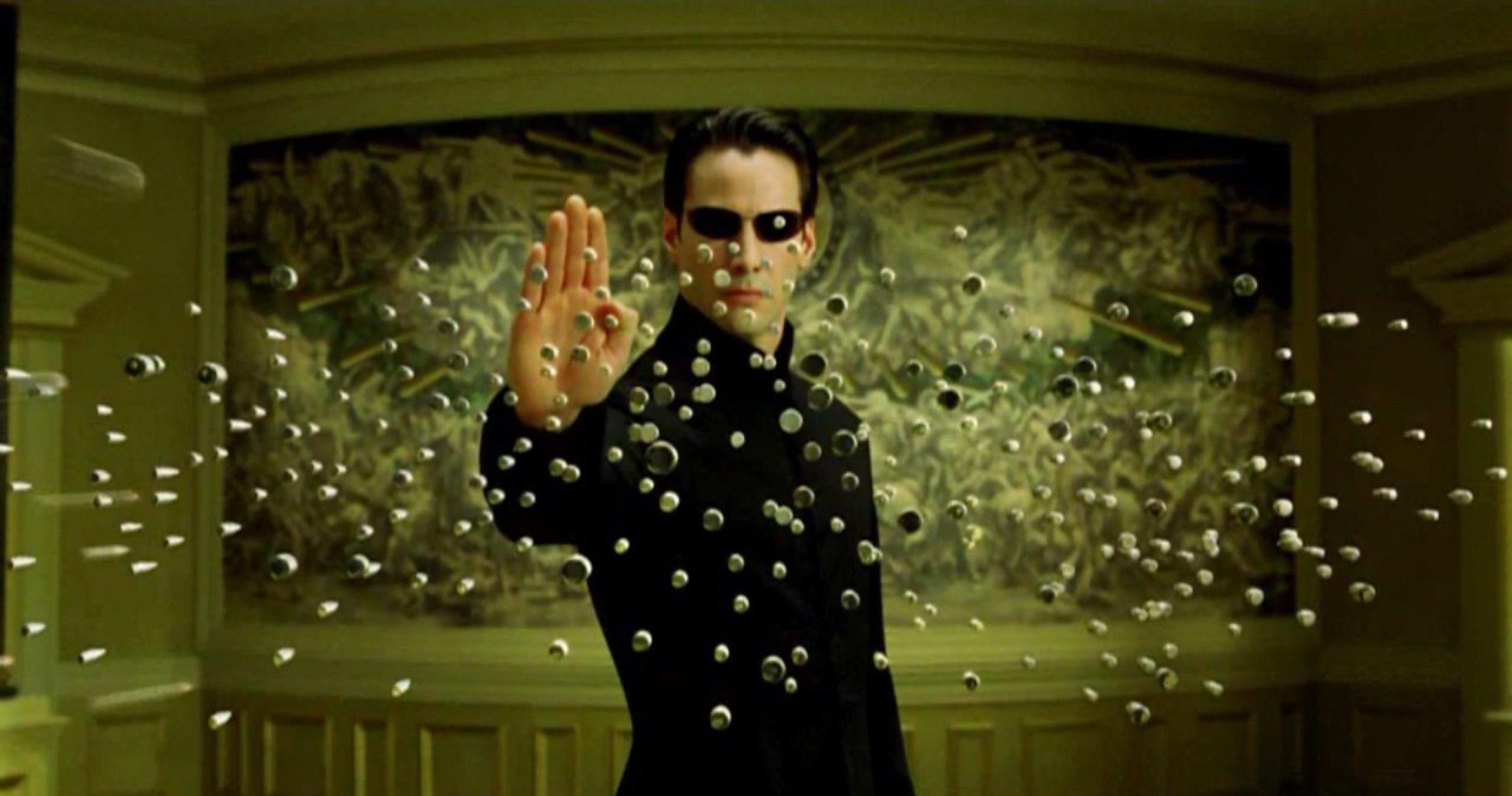 A Warner Bros. executive and a producer are sitting in a room. “Hey,” they say to Warner Presidents Bob Daly and Terry Semel, “I have an idea. We have hired these two brothers who direct and write together. They made Bound, a lesbian crime movie, for $ 4 million. Now they want to make a $ 60 million science fiction movie. Or maybe it’s a spiritual allegory. Nobody really understands what it’s about, but it doesn’t matter, because they want to use amazing special effects. The technology hasn’t been planned yet, but it doesn’t matter. Brad, Leo and Will were interested, but we have Keanu Reeves, who is so overcome that he is back in the game. All the stars will do their own stunts. But if there is a fatality, the great thing is that we will not see it happen because the brothers are going to take our 60 million dollars and they will go to make this film in Australia.

Thus related Entertainment Weekly the supposed ins and outs of the germ of Matrix at the Warner offices. It was 1997, and the Brads, Leos, and Will they were referring to were Brad Pitt, Leonardo DiCaprio, and Will Smith.

That Matrix get ahead it was a wonder in itself. And the movie was the wonder. A film released in 1999, a magical year for cinema with many premieres, but it was planned for the end of March, a few weeks after George Lucas returned with Star Wars con The Phantom Menace. For many, then, Matrix it was going to be yet another unglued movie until the big premiere.

But the promotional mechanisms used to push the (then still formally) Wachowski sisters’ film were also unusual. At a time when for example The Blair Witch Project I had changed the rules of marketing with that guerrilla proposal that dissipated the difference between reality and fiction through the technique of found footage, The Matrix took advantage, curiously as it is now with Matrix 4 The Matrix Resurrections, the latest great technology at your fingertips. As if it were an allegory of his own world.

What is the Matrix?

Matrix was presented to the general public with a classic proposal. A spot in the Super Bowl in which several scenes were seen with the bullet time technique, the cyberpunk space behind Matrix, and some height special effects.

Watching your trailer, Matrix It could be an action movie in a novel context, but it did not show the great allegorical proposal that it concealed. It was no different from other aesthetic movies cyberpunk released during the 90s as a queue still of what would be a Blade Runner but just up and eager to go. Johnny Mnemonic (1995) with Reeves, or her own Bound of the Wachowskis drank from that fountain.

The real trick was that Morpheus, Laurence Fishburne’s character, ended the spot with a glove thrown at the audience: “Unfortunately, you cannot know what the Matrix is. You gotta see it for yourself”.

From the use of the web to the NFTs

At a time like the present in which we are used to numerous trailers and more than one with too much vocation for gutting the film, ultimately, in the trailer of Matrix From 1999 it all came down to the fact that they showed off their best tricks in that simple Super Bowl teaser, but they did it in a way that didn’t spoil the movie itself.

Simply Morpheus’ question led anyone interested to go to a computer (then not yet present in all homes) and search to get to a website called WhatIsTheMatrix.com. There, with a website created in flash, they could get a little more information, although not much.

Matrix It was not the first film to have a website as promotional material, far from it. Star Trek Generations (1994) is the one that is established that did it first. But it was the first to make an intelligent use of it so that potential fans would turn to a computer, the very context of much of his film, to be interested in a screen that showed them those mythical waterfalls of green code falling.

Today, for the promotion of Matrix Resurrections, now only under the baton of Lana Wachowski, their trailers have not revealed more than necessary. A few days after its premiere we don’t have much idea why Neo or Trinity return to the Matrix or why Morpheus is no longer played by the same person.

And as for the use of the latest avant-garde at the internet level, although the metaverso surely they are still very incipient, have opted for NFTs to increase expectation. A new digital proposal that, due to its unique value and its own self-reference to the online world compared to the physical world, fits perfectly again with the proposal of Matrix.

Later this month, Warner Bros. released a collection of non-expendable tokens inspired by the Matrix franchise and the upcoming film: a kind of tokens in which you could purchase representations of citizens of Matrix.

Unlike other Hollywood IP-based NFT projects, the Matrix project draws inspiration from some of the more popular NFT art projects, such as CryptoPunks and Bored Ape Yacht Club, in which buyers acquire a unique avatar of those worlds.

The Matrix NFTs were released in collaboration with the Nifty’s platform, which created 100,000 avatars. They were a success, and they all sold for $ 50 each.

But there more. On December 16, all buyers will be able to choose between taking a “blue pill”, which will keep their avatar in the Matrix, or a “red pill”, which will transform them into a resistance character. In the coming months there will be other challenges and options, which will allow users to improve their avatars or win new NFTs.