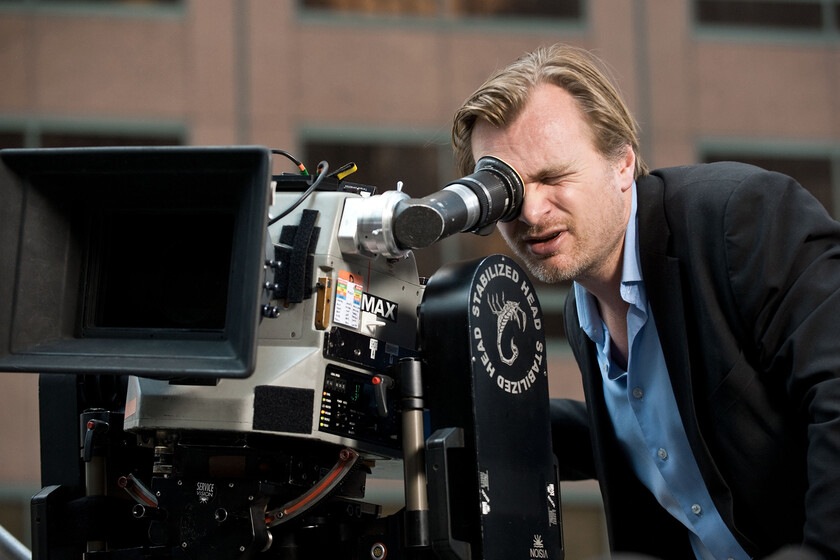 Christopher Nolan has grabbed a multitude of headlines because it has already decided that his next movie will revolve around the role it had J. Robert Oppenheimer developing the atomic bomb. It will be your first job away from warner in more than two decades, as Universal accepted your tough demands.

At Espinof we wanted to take the opportunity to review other films that Nolan launched throughout his career that ultimately went undone, similar the one we did about Quentin Tarantino a few weeks ago. Among them we have left out ‘Larry Mahoney’, as he did it – it would have been his debut film instead of ‘Following’– but was not satisfied with the result and chose never to show it to the public.

Nolan got down to business with a biopic about the tycoon Howard Hughes shortly after finishing filming ‘Insomnia’. In fact, he spent a whole year working on a script that years later he himself would describe as the best thing he had ever written. I even had decided that Jim Carrey would be its protagonist, with the actor enthusiastic about the idea. It was nothing short of his dream project.

The problem was that Nolan had a hard time coming up with a definitive version of the script. By the time it did, Martin Scorsese I was already working on ‘The Aviator’, his biopic on Howard Hughes. That led to Nolan scrapping the film and not long after he accepted Warner’s offer to take over ‘Batman Begins’.

Over the years, Nolan has come back to this project. For example, in 2012 left for dead the project, but during the promotional campaign of ‘Interstellar’ He said it was unlikely and that he had written it a long time ago, but that he did not rule out the idea. Already in 2020 he was even more open assuring that “I’ll probably take a look at it soon“But what is certain is that it will not be his next movie either.

‘The keys to the street’


Another project that Nolan considered after completing his participation in ‘Insomnia’ was a film adaptation of ‘The keys to the street’, the novel by Ruth Rendell published in 1996. Its protagonist was to be Gemma Arterton with Fox Searchlight taking care of the financing.

Nolan wrote a first version of the script with which he was very satisfied, but ended up discarding it because reminded him too much of his first three movies:

I think the script is very good, but I don’t think it’s the next thing I’m going to do. Another director will do it. It’s a really cool script, but it has a lot in common with the three movies I’ve done.

After the departure of Nolan, the project was stumbling around Hollywood and do not rule out the possibility that it will finally be done, but it is also true that almost 20 years have passed and the thing is still stopped.

Movie of ‘The Prisoner’

Director of ‘Memento’ was long interested in making a movie of ‘The prisoner’, the mythical television series starring Patrick McGoohan. In October 2006 came to affirm that “I think I have discovered the way to do it”, pointing out that I was looking forward to reading the script they were preparing David y Janet Peoples –’12 monkeys’-.

The project did not leave much news until three years later it was learned that Nolan had decided to abandon it and focus on ‘Origin’. It was never known what made ‘The Prisoner’ rule out, but surely the fact of premiering a new television version of the story starring Jim Caviezel e Ian McKellen that same year it did not help to keep his enthusiasm intact.