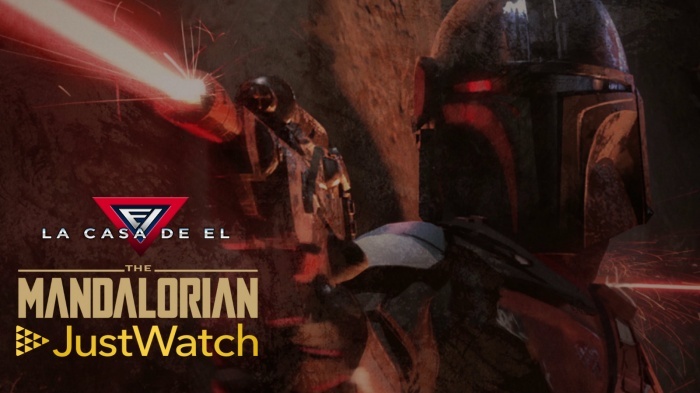 The Mandalorian It is the most watched Star Wars production in streaming on Disney +. The series created by Jon Favreau and Dave Filoni has dazzled millions of fans, as shown by the statistics published by the medium Justwatch which is dedicated, among other activities, to finding movies, series and television shows to watch and where to legally watch them in streaming.

Speaking in terms of audience when the content to be measured is streamed by a platform dedicated to it, see Netflix, HBO, Amazon Prime Video or as in this case Disney +, is always an arduous task.

More than anything because the multinationals that are dedicated to it are very jealous when it comes to sharing data, which obviously is a lot, since there is no true tool for measuring content on mobile phones, laptops, tablets or televisions that allows us know exactly these details if we are not part of the company that issues the content.

According to the JustWatch graphic The Mandalorian brushes off everything else

Despite this, Justwatch gives us a graph that shows that the series The Mandalorian indulges in all the other Star Wars productions that are on Disney +.

Obviously we know that the other films and series of the saga are contents that are not new, and, therefore, it has the circumstance that it is a novel product that is already in its second season at the expense of the filming and premiere of a third season confirmed. That’s an incredible boost that makes you stand out above the rest.

But we must not forget that if he occupies the position he occupies, it is undoubtedly due to the quality of the series. The Mandalorian according to the JustWatch chart brushes off everything else, and there is no more truth than that. The legion of fans around the world certify, along with the incredible positive reviews from the specialized media, that The Mandalorian is a jewel in the Disney + and Star Wars catalog.

From now on you can listen to the one hundred and sixty-first program of the podcast of His house. On this occasion we have gotten together to discuss the second season of what is undoubtedly one of the series of the year.