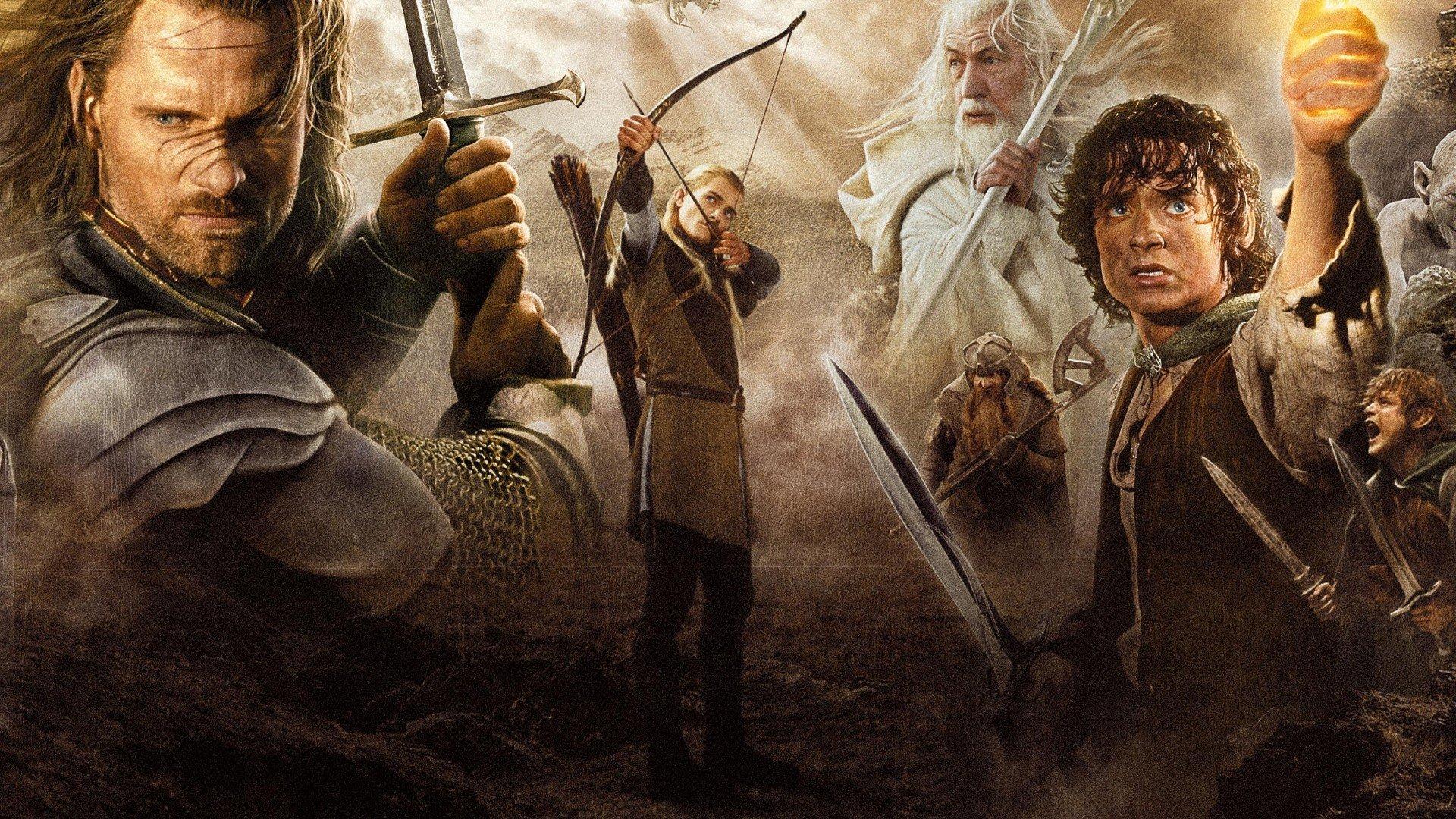 The trilogy literary of The Lord of the rings JRR Tolkien’s is one of the foundational works of fantasy literature. Also one of the most complex, rich and detailed fictional universes in history. With its own language, mythology and geography, it is a work that ranges from the religious to the philosophical. And in fact, it creates a joint perception of a series of elements that support the narrative even in its smallest details.

Tolkien devoted considerable effort to retelling a reinvention of the hero’s journey, and to endow each point with astonishing depth. The result is a generational phenomenon that has become a point of meeting for readers of all ages. Also, of course, from generations of fans who profess a more than deserved devotion to the text of The Lord of the Rings

Now, for decades the big logical question was how to bring such a story to the cinema. Was there a way to be able to narrate all its beauty in the cinema, power and poignant elegance one of the most revered texts in history? To do so required the technical resources and the visual ability to translate a faithful adaptation to Middle-earth. Could such a level of virtuosity be achieved with The Lord of the Rings? Until 1978, the question was unanswered.

The first attempts to tour Middle-earth

In 1978, director Ralph Bakshi directed and produced the animated film J. R. R. Tolkien’s The Lord of the Rings. It is a partial adaptation that narrates the events of the books The Fellowship of the Ring and the first half of The two Towers. Bakshi strove for the film, which used the rotoscope for animation, to be an overview of the literary universe. But despite overall good reviews, the film ran into several problems.

To begin with, that version of The Lord of the Rings was an incomplete work. The script hints at the end of the confrontation against Sauron, but due to production problems the film could not be completed. To that should be added that the script took all kinds of liberties and a free look at Tolkien’s work.

The result was a wise first attempt, but one that lacked the elegance and depth of the original work. The question again became whether it was possible to translate all the substance of Tolkien’s world into other languages. After all, it wasn’t just about summarizing the points of a dense story. You also had to build a whole universe around the premise of The Lord of the Rings. If in animation it had been complicated, What could be expected for a future project with real actors?

But despite its flaws, the film did something else. Astonish and mystify Peter Jackson, who since then became obsessed with the possibility of adapting the work. A long-term project that, decades later, would come to fruition with an extraordinary trilogy that marked a milestone in the cinema.

On the way to Mordor from The Lord of the Rings

For Jackson, Bakshi’s Lord of the Rings movie was a revelation. It showed him the breadth of the Tolkien universe, and it showed him the possibilities of an adaptation. One that took a tour of each of the magical territories that the animated film could barely show. Years later, Jackson would claim that understanding the possibilities of Tolkien’s story in the big screen “obsessed him”. In fact, the director confessed that reading the books in light of the possibility of translating the images on screen was “an unforgettable experience.”

In 1995, the director and his wife and producer of the films Fran Walsh, began to evaluate the possibility of such a project. That included, of course, negotiating with the Tolkien family, a long and complicated process that changed the history of adaptation. Due to a rights problem, and to avoid a long legal journey, Jackson gave up the possibility of adapting The Hobbit. So the first thing to come to the screen would be the trilogy that tells the story of Frodo Baggins in The Lord of the Rings.

But the problems did not end there. After the tussle with Tolkien’s heirs, it was time to negotiate with the studios and production. Jackson explained his plan for a trilogy to MIRAMAX, the first production company in charge of the project. But the cost of 150 million dollars seemed disproportionate for a work without guarantees of being a success. Jackson was pressured to shorten the length of the films, synthesize the story in two, and ultimately just one. The script was written more than a dozen times and included significant changes to the original story. From Arwen – and not Éowyn – battling Pelennor to Rohan and Gondor being one kingdom. The changes eventually became insistent demands.

Jackson refused, declaring that such a story (and with such a following) should be filmed with respectful fidelity. Finally, the project passed into the hands of New Line Cinema, which not only provided the necessary budget, also supported the idea of ​​the trilogy on screen.

After overcoming considerable financial resistance, it was the turn of choose the right actors. Sean Connery turned down the role of Gandalf for “not understanding it.” It was offered to Nicolas Cage that of Aragorn, who rejected him for “family obligations.” Eventually, Jackson offered the role to Viggo Mortensen, who accepted it to please his son Henry, a devoted book fan.

For his part, Jake Gyllenhaal auditioned for Frodo with disastrous results. “The worst audition of all,” he would insist later. Stranger was the studio’s insistence on hiring Ethan Hawke and Uma Thurman to play Faramir and Éowyn. The couple, then married, were already going through the first disagreements in their marriage and an uncomfortable scandal surrounded them.

Still, the actor insisted, “Ethan was a huge fan of the books and was very interested in participating. Uma was less certain and rightly so, because we were literally reviewing how we viewed Éowyn’s character as we went along. In the end, Ethan let him go with some reluctance, “Jackson said in the additional material for the extended version of the trilogy.

And in the end, the on-screen prodigy of The Lord of the Rings

A few days ago, James Cameron shared some images from the filming of the long overdue sequel to his hit Avatar 2. And there was considerable discussion among fans as to whether the slow and still unfinished production could be compared to that of The Lord of the rings. After all, they are both trilogies involving technical advancements, formidable production, and convoluted production processes. However, the difference between Avatar and the trilogy of The Lord of the rings it is obvious.

Cameron’s work is carried out at a slow pace and has been transformed through its progressive advance towards its culmination. But the Lord of the Rings trilogy was an ongoing job that required creating an entire universe. Do it in addition from the artisanal and respecting a text loved by generations of fans. From the Elvish language – entire dialogues in Sindarin and Quenya – to the sights of Lothlórien. It tried to reproduce a universe with its own patterns in which there was little room for experimentation. The fidelity was amazing.

Shooting the trilogy based on Tolkien’s work spanned 483 days of filming in endless days of 20 hours or more. Filming officially began on October 11, 1999 and ended on November 22, 2000. However, Jackson added additional material immediately after filming.

It was an arduous recording that took place for the most part in natural settings and required artisanal manufacturing. Most of the center shots were created from visual experiments of scale and light. The production team also created more than 48,000 armors, 200 masks for different creatures, and 1,800 pairs of hobbit feet. In addition to the central cast, Jackson included a multitude of extras for towns and armies. For the last scenes of The return of the King More than 2,400 people had been hired for the shoot.

But the effort was worth it. Turned into a work of cinematic art and a milestone in epic cinema, it is also an example in the world of adaptation. The trilogy of The Lord of the rings reaches its twenties still causing surprise and wonder. But especially, moving millions of fans of the work and the book around the world. Perhaps the best legacy of Peter Jackson.

‘The Lord of the Rings: the most ambitious film production, even more than’ Avatar ‘