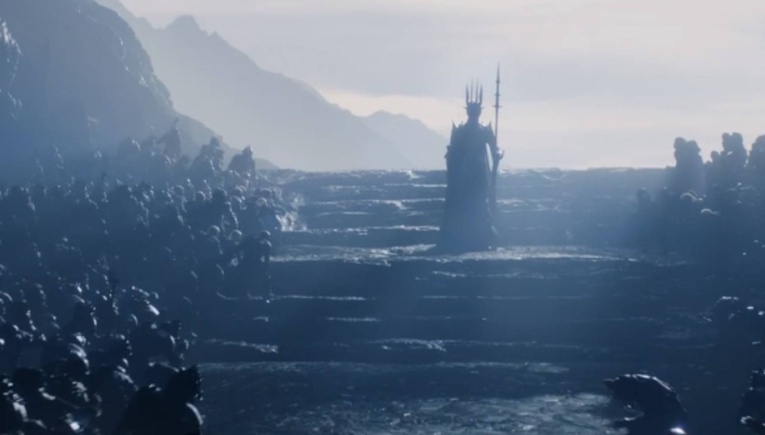 Did you like the movies? JRR Tolkien? We do not know, or at least we lack elements to affirm or deny it. But we can be sure of one thing: the creator of Middle Earth hated Walt Disney since 1938, when he went to see Snow White and the Seven Dwarfs accompanied by his colleague CS Lewis, the author of The Chronicles of Narnia.

The following year, in fact, the writer was allowed to send ‘Uncle Walt’ to do heck when he discovered that his publishers were behind his back negotiating a possible animated adaptation of The Hobbit with the father of Mickey Mouse. And in 1965, eight years before he died, he was still railing against a guy he thought was talented, but “irremediably corrupt”.

Another attempt to adapt his books while he was alive, prompted by the literary agent Forrest J Ackerman in 1956, he left abundant epistolary proof that the Oxford linguist liked micromanagement better than a hobbit his second breakfast. Morton Zimmerman, an inexperienced screenwriter, he irritated Tolkien with his changes from the original and received his fair share of verbal slaps: “He is hasty, insensitive and incompetent. Besides, he doesn’t read books”, the professor exploded in one of his letters.

In 1968, shortly before selling his film rights to United Artists for just over $100,000, Tolkien grabbed another tabardillo upon learning that the producer Dennis O’Dell wanted to take his novels to the cinema… with the Beatles as protagonists.

Subject to a thousand and one legends (John Lennon would have reserved the role of Gollum Y Paul MCCARTNEY the of Frodo) this project that would have courted filmmakers like Stanley Kubrick, a David Lee in the unemployment queue after the failure of Ryan’s daughter and (water) michelangelo antonioni it was vetoed by the author, which is not surprising: another of his letters, from 1964, contains heated insults against the “beatle group” (sic) that was rehearsing at the time near his house in Oxford.

Regarding the script written by peter shaffer (Amadeus) In those years hardly anything is known, except for the fact that it has remained unpublished.

Thus, Tolkien’s death in 1973 freed him from laying his eyes on the possible version of The Lord of the rings most irreverent, brilliant and insane ever projected: the one that John Boorman and the screenwriter Rospo Pallenberg, both drugged up to the eyebrows, they had been plotting for three years before. If the writer had ever read that, his anger would have scared away a balrog.

That Frodo and Galadriel… what?

What does the project of Boorman and Pallenberg have to outrage, even today, the pro Tolkienians? Where to start… Determined to present a mystical-initiatory reading of Middle-earth, and forced to compress the story into a single feature film, director and screenwriter included elements now unimaginable (a sex scene between Frodo and Galadriel, for starters) along with others of intriguing delirium, such as that masquerade “between kabuki theater, rock opera and the circus” that would summarize the story of Sauron and the One Ring.

There is no doubt that such a chive would have ended in disaster, and it is enough to remember the picture of that Sean Connery post-apocalyptic and with thong on Zardoz (Boorman, 1974) to verify it. However, the countercultural spirit of the attempt has a peculiar nobility, and the fact that its ashes were the raw material for a film as beautiful as Excalibur (1981) makes it clear that there was more to her than dilated pupils.

Throughout the 70s, the popularity of Tolkien and his work only grew, which explains the appearance of two other projects, both animated, that did manage to be released. The first is the animated adaptation of The Hobbit released in 1977 by Rankin Bass, studio famous for its television specials made in collaboration with the Japanese workshop topcraft, where some such worked at that time Hayao Miyazaki, Toshio Suzuki and Isao Takahata.

With John Huston lending his voice to Gandalf in VO, this version of the adventures of bilbo reveals in some scenes the hand of the founders of StudioGhibli, and pours into images with great respect a darker novel than is usually remembered. As for the second of these films, which did make it to the big screen, it was the version of The Lord of the rings premiered in 1978.

Produced by the unscrupulous saul zaentz (Some one flies over the cuco’s nidus) and directed by Ralph Bakshi, pioneer of adult animation, this film has no shortage of defenders today. Which is understandable, because the love for the original is very noticeable and its use of rotoscoping in some scenes is very appropriate to capture the ghostly side of the story.

However, its flaws are also obvious: the libretto (half-signed by Peter S Beagle, the author of The last unicorn) It progresses in fits and starts and its images show a lack of means, something that led the director to fight fiercely against the usual executives. Also, designs like that boromir wearing a horned helmet, or that Galadriel who seems to lead a tribute band to Fleetwood Mac, often fall into the clichés of the most vulgar fantasy.

Sauron or Weinstein: is there a difference?

Ralph Bakshi’s film did well at the box office, but received scornful reviews and lashings from fans who saw it as flawed and incomplete. (his footage adapts the first volume of the trilogy and part of the second), with which the director was left with the desire to finish off the work. In fact, although Peter Jackson declared his admiration for the film, it has spent decades being something of a minor embarrassment to Tolkien fandom.

Once Baskhi’s effort was thwarted, the closest thing to a vision of the fall of Mordor that could be seen on a screen was the adaptation of The return of the King, also animated and with the Rankin-Bass label, which came to television in 1980 after a legal dispute that entangled the studio with Saul Zaentz and Tolkien’s heirs.

With graphics similar to the one used to narrate Bilbo’s adventures, the telefilm turned out to be a disappointment for the fat women: Despite containing notable moments, the film drags a scarce footage (98 minutes that give to cover the siege of Minas Tirith and little else) and songs of those whose lyrics rhyme king with “ring”. Those responsible for him were the first to admit that they hadn’t done very well, and he quickly fell into oblivion.

With these precedents, it is not uncommon to adapt The Lord of the rings to the cinema was seen for decades as an impossible endeavor. Even when Peter Jackson (known until then for his horror movies and the very arty heavenly creatures) tried to get a new project up and running, ran into a thousand snags in the process.

For example, Harvey ‘Scissorhands’ Weinstein wanted to take the trilogy out of the hands of the New Zealander, turning it into a single film by John Madden, the director whose pavisosa Shakespeare in Love had covered from Oscar to Miramax in 1999. Luckily, Jackson found shelter in new line cinema, production company that even encouraged him to shoot three films instead of two, as was his original intention.

To the grave annoyance of Christopher Tolkien, son and literary executor of the writer, who accused them of destroying his father’s legacy, Jackson’s three films grossed millions and caused rivers of ink to flow, so their details are well known: from the last-minute substitution of Stuart Townsend by Viggo Mortensen What Aragorn Until the eleven Oscars that rained on The return of the King in 2004.

In fact, the effect of the trilogy on the Hollywood industry opened the door to the era of franchises that we live in (and suffer from) now, something that the filmmaker himself verified when Paramount forced him to convert The Hobbit in three rather mediocre films (2012-2014), in which the efforts to hypertrophy the original were noticeable.

Now, the Amazon series reminds us that Middle Earth has gone from being a literary eccentricity to a gold mine for producers. And, in the process, it also reminds us of a basic theme in Tolkien’s work: power, whatever its disguise, always corrupts.

"I have no respect for these governments": 'Eternals' gay actor on the film's ban
Who is the boyfriend of Anna-Maria Sieklucka from “365 DNI”
The Netflix movie based on true events that shows a fierce rivalry between partners