It sounds implausible to say that a horror movie is capable of predicting a pandemic. Nevertheless, the last zombieby director Martín Basterretche, can boast a bit of that. Because, unwittingly, his script is full of words that are common to us today, such as quarantine, infections and epidemiologistsbut that in February 2020, when the film finished shooting, they were not so. After a successful run through international festivals, the film arrived in theaters in Argentina on Thursday so that horror fans (and those not so much) can enjoy a zombie story different from the ones we are used to.

The film introduces Nicolás Finnigan (Matías Desiderio), a scientist specialized in genetics who goes in search of a prestigious missing doctor (Tony Lestingi) and who is suspected of experimenting with humans. The investigation leads him to a fictional seaside resort where he is believed to have been last seen. The place, Hagia Sophia of the Seais famous for its spa, and apparently the wife of the missing doctor contracted a disease there, which ended up turning her into a kind of zombie. Finnigan, in his eagerness to get to the truth, decides to move to this secluded resort and stay in an old inn that hides many secrets.

Matías Desiderio in a scene from The Last Zombie

The parallelism with the pandemic occurs from this “zombie infection” that sweeps the city and forces tourists to remain locked up in quarantine. “The issue of the coronavirus was already in the air when we were filming and the quarantine was ordered eight days after we finished filming. If that had happened during filming, it would have been a catastrophe from a production standpoint.”, says Martín Basterretche in dialogue with Infobae.

“Our history already brought many of the themes of the pandemic. There are infectologists, suspicions of viruses, massive infections. I think that now it can be given another reading that we had not thought of in those terms”, explains the director who with the last zombieco-written with melina cherro and filmed entirely in La Plata, closes the trilogy of Santa Sofía del Marthe fictional city in which they also take place Blind point Y Devout, the silent invasion.

Regarding the zombies in the film, Basterretche differentiates them from the typical Hollywood ones who are “stronger and faster than humans, who bite and feed on living flesh.” “We wanted to get rid of that and decided return to the classic genre, which deals with the zombie in the original sense, that is, in Central American voodoo. They are undead, souls without sorrow that wander with a kind of sadness until they manage to find their final destination.”, describes the director about the stars of his feature film.

On the current situation of horror cinema in Argentina, Basterretche assures that “is booming”. “There are many of us who dedicate ourselves to this genre and today we are happy. I don’t think there are prejudices, but rather that there is distance. It is difficult for us to make ourselves seen and to be found. It is a niche genre in the good sense of the word. It has the peculiarity of being smaller, but at the same time it is much more determined”, he explains. 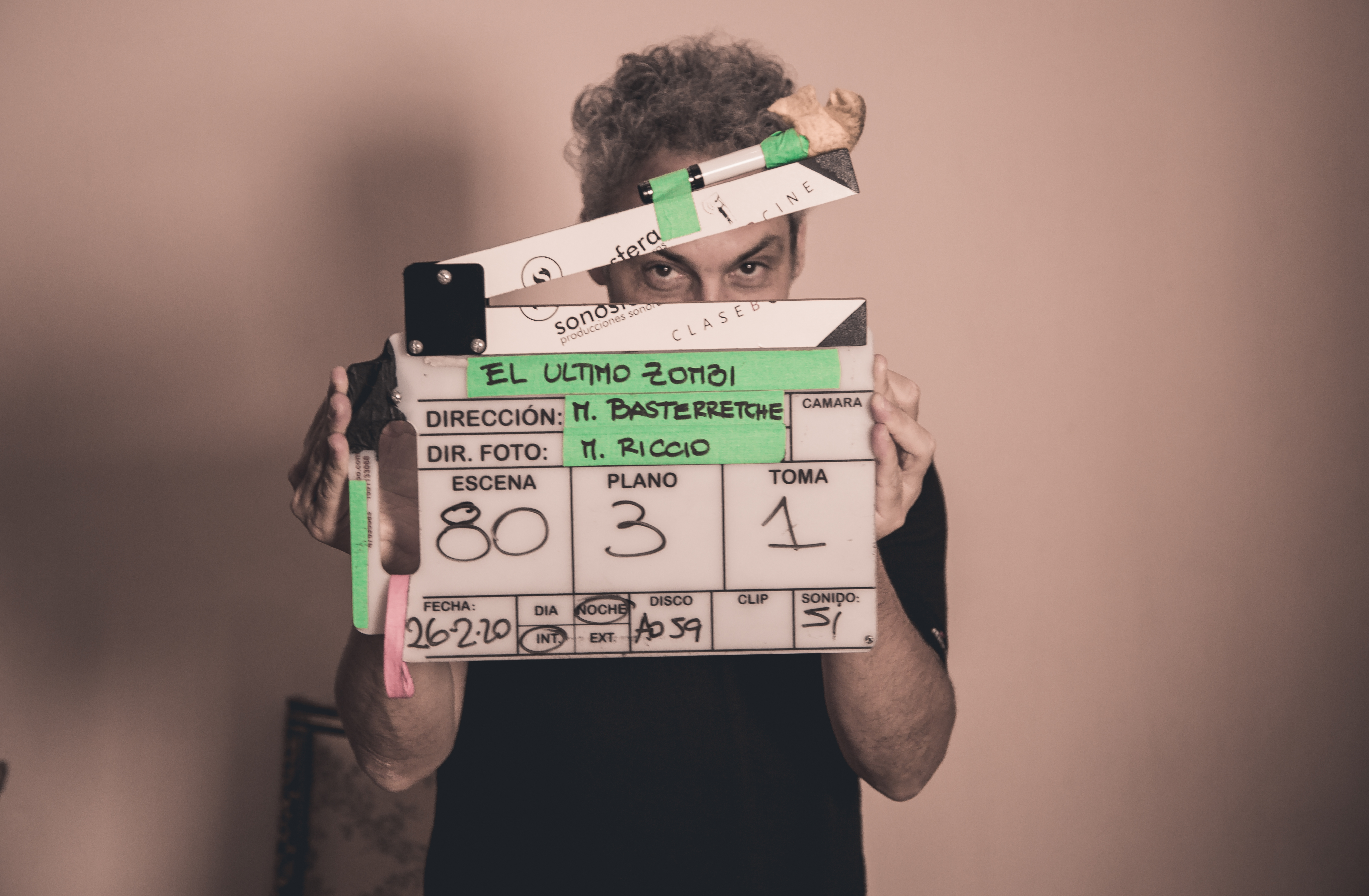 Clara Kovacic is the referent of horror cinema in Argentina. That is why it is not surprising that Basterretche has summoned her to star in his film. “For me it was like a prophecy. While we were filming it was crazy to see the world come crashing down in the same way as in the movie script.”count the scream queen argentina a Infobae about the similarities of the film with the pandemic. A scream queenor “scream queen”, is an actress strongly related to horror movies.

Kovacic, who describes the film as “cosmic horror”, says that it is not a “typical of zombies that eat human flesh”. “These beings want to spread, they want the end of the world. This is much more like Prince of Darknessby John Carpenter, which is like the future of the end of the world, and not so much a story of zombies that eat guts because it’s not cinema gorythere is no blood in the film”.

His character (Pato) has the amount of humor necessary to defuse the dense climate offered by the film. “I loved playing her. He’s cartoonish, a mix of comedy and madness who really can’t stand the end of the world and has a psychotic break. She is a typical false spiritualist hippie who breaks into pieces when something bad happens to her, ”explains the actress of Croatian descent.

Clara’s career took a huge turn in late 2021 when Netflix premiere Don’t look upthe movie of Leonardo DiCaprio, Jennifer Lawrence and Meryl Streep in which the Argentine artist had a participation. “It gave me a visibility that I appreciate a lot. It is obviously an important achievement to have in the CV both abroad and in Argentina. As much as I will always make independent films because I love it, I also like to transcend and be able to do something a little more commercial“, bill. Thanks to her role in the Adam McKay movie, she came up with new projects that keep her very busy today, including the series world robbery from Star+ Y rooster days from HBO.

“El desarmadero”: the new Argentine psychological horror film that stomps at the Buenos Aires Rojo Sangre festival
“The bubble”, a comedy about the madness of a shoot in times of pandemic
The true stories on which the characters of “The Eyes of Tammy Faye” are based

The last zombie: the Argentine horror film that predicted the coronavirus pandemic