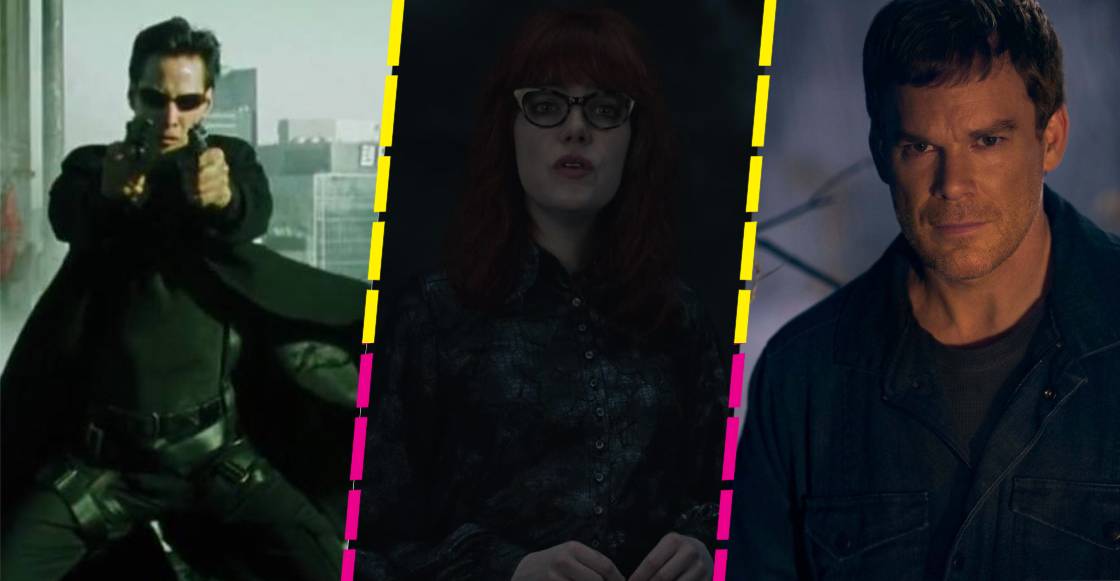 If you are nailed to the technical aspects of film and television, you will probably have noticed the evolution in the color of the images that we see on the screen. Today’s series and movies look darker, opaque or maintain a subdued color palette. In general terms, we could say that they look ‘dull’ and without vibrant colors like in other times.

Of course, the simplest answer is that trends in the industry change/evolve in terms of content production (as happened when the change from black and white to color was made). However, there are those who define this phenomenon in another way to explain it in more detail… or well, at least give it a title.

The concept of ‘intangible mud’

Yes, it sounds strange and there will be those who will question whether it is necessary to give a name to this trend of making series and movies with more subdued images… but in reality, it is something more interesting than it seems. In fact, the tweeter and film enthusiast, Katie Stebbins put on the table a rather peculiar term to explain the phenomenon of why entertainment content now looks more ‘opaque’.

As of 2020, Stebbins referred to this as The Intangible Sludge (or ‘the intangible mud’). She defined her term in a tweet, colloquially and bluntly, like that tendency to make “things look like ass*”. And well, it seems a rather aggressive definition because at the end of the day, there are those who surely see something pleasing to the pupil in it. But Katie’s theory has a point: this technical aspect is being abused. 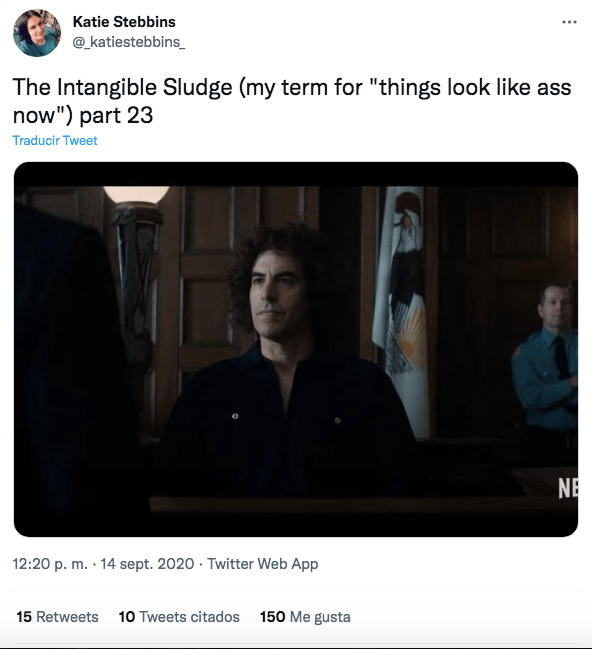 As a result of the tweet that he launched in September 2020 where he announced the concept of the intangible mudKatie Stebbins has given plenty of examples to get the conversation started. One of the most recent samples that he brings up is the radical change that is perceived in the saga of Dexter. Her comparison is simple but striking: she posted two images, one from when the series premiered in 2006 and another from the new 2021 installment called New Blood.

Indeed, there is a very marked change in the warmth and opacity of one and the other. The image of the first season of the series stands out for the vividness of its colors and the clarity offered by the scene. Conversely, in the of New Blood, the sequence is noted with muted colors.

for an explicit example of how the Intangible Sludge has become standardized, look no further than a season 1 dexter screencap & a dexter: new blood screencap (pls do not @ me with “but he’s not in miami anymore”) pic.twitter.com/3ubAZCI32Z

You can also read: CHA-LE: IN 2021 THERE WERE FEWER FILMS DIRECTED BY WOMEN COMPARED TO 2020

Of course, some people were quick to point out that the lighting and color would vary from one to the other due to the fact that the scenes took place in different spaces: the one in 2006 is a closed space illuminated with artificial light, while the one in 2021 is an open space with natural light and in a winter setting. However, Katie Stebbins reformulated another example with two similar scenes of open spaces from the same saga of Dexter, one in the 2006 series and the one from last year.

Again, the tweeter showed that although both are shown in spaces illuminated with natural light and maintain the same cloudy atmosphere, the producers of the series they have taken quite a bit of shine from the image of their most recent installment. Here is an example of what she mentions: 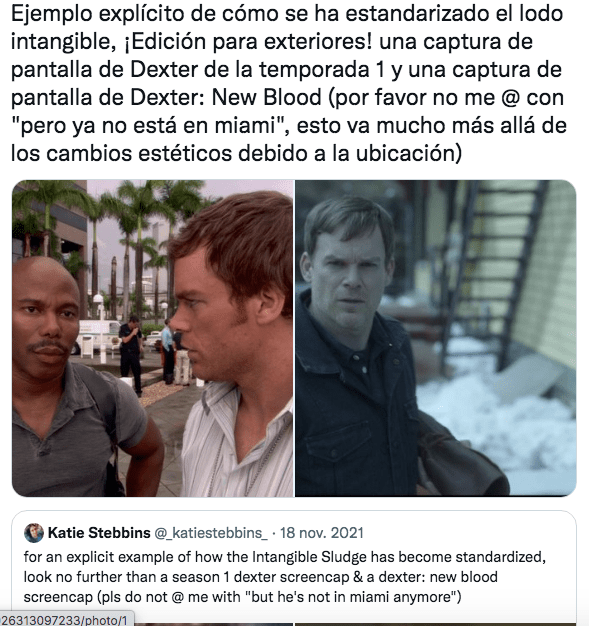 In general terms, the intangible mud in movies and series it is not a technical aspect that is bad to use… the thing, according to what Katie explains in various Twitter posts, is that it is used excessively and even in scenes that are already dark. Over there, he gives the example of the live-action of Cruella Y Shang-Chi, where there are some sequences that take place in dark or nocturnal atmospheres, and the low color saturation means that the images do not allow details to be displayed.

“I’m not fucking with them. This is what Cruella’s climactic scene looks like. Can’t see a damn thing. Zero atmosphere, zero fun, zero feeling, zero dimension. So little creativity that they couldn’t even put a dramatic electrical storm on it…”says in the next Tweet. 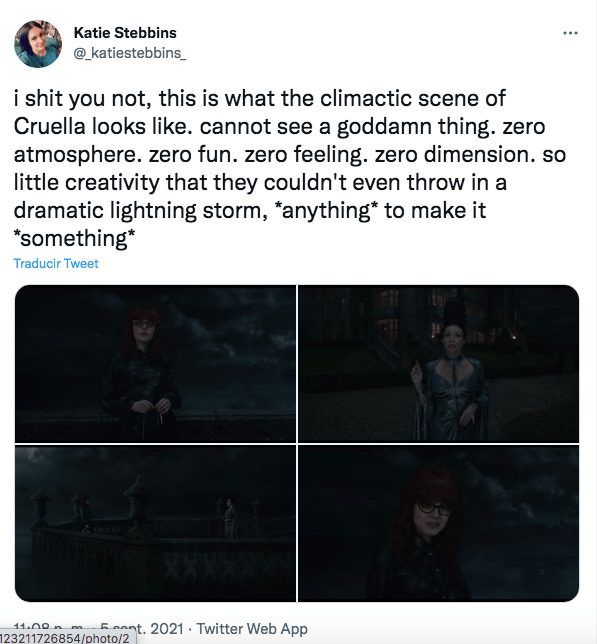 After becoming popular on networksl lodo intangibleMany other theories have emerged as to why the industry has decided to jump on the bandwagon of obscuring movies. The Vox site in a recent article suggested some interesting ideas about this phenomenon.

Among his theories, there is talk of how the rise of digital color grading facilitated the creation of different settings. Another very interesting idea is that since digital graduation makes it very easy to recreate brilliant colors, the industry decided to lean not to go -as they say out there- by the easy way.

The other has to do with The Matrix, which according to Vox was the watershed for the faded tone in the images to become fashionable. And well, you already know the success that the original trilogy brought. Since we walk in those lands of the post-apocalyptic, another theory talks about the obsession that the public has with the end of the world (and consequently, with cloudy or desolate landscapes). HERE We leave you that article so you can take a look because it is very good.

The ‘intangible mud’: Why do the series and movies now look darker?