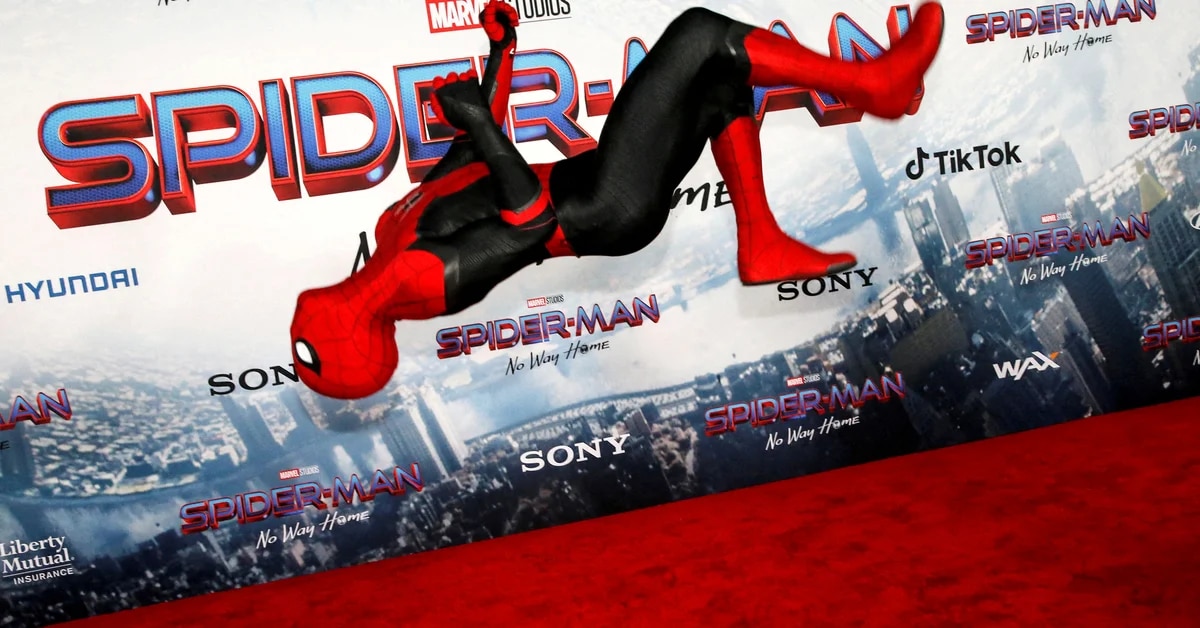 Since last November 29, a high demand of the tickets for Spider-Man: No Way Home, because fans of the arachnid of Marvel saturated platforms Cinemex Y Cinépolis, even an hour before the ticket presale started.

The next morning, fans who couldn’t get their long-awaited tickets online, they came to form in long lines outside the complexes to get a seat for him December 15 at 11:00, the schedule of the first functions of the new Spiderman installment in Mexico.

In a few hours, there were no tickets left for the first days of the exhibition that is starring Tom Holland. According to the portal Deadline, This is one of the largest opening collections in Mexico.

And it is that the box office in the country opened with 9 million dollars; that is to say, between 185 and 190 million pesos, only of the presales for December 15.

It should be noted that according to the digital magazine Cinemania, the millionaire figure converts to Spider-Man: No Way Home at the highest grossing premiere in Mexico, exceeding by 40% Avengers: Endgame of 2019.

In the film industry, the most important monetary gains are those that are achieved in the first weekend after a movie is released, likewise, the total collection figures can only be closed until the production is no longer shown in theaters.


This is why two days after the premiere, it is still not possible to monitor any significant update of the great collection; however, through his Twitter account, the CEO from Cinepolis, confirmed during the course of December 15 that Spider-Man: No Way Home generated more interest than Avengers: Endgame (2019), the second-highest grossing film in the entire history of cinema, behind only Avatar (2009).

In his tweet, Alejandro Ramirez M wrote the following regarding the joint production of Sony Y Marvel:

“We are very happy because today #SpidermanNoWayHome opens in @cinepolis and It has already become the film with the largest ticket presale in the history of Cinépolis in Mexico, above Avengers Endgame of 2019 ″.

Part of the cast during the premiere on December 13 in Los Angeles (Photo: REUTERS / Mario Anzuoni)

On December 16, the General Manager from HBO Latin America, Luis Duran, through social networks, was in charge of solving various doubts of the followers of the streaming platform, there the high command of WarnerMedia noted that the most prestigious and anticipated film of the year, Spider-Man: No Way Home, would probably arrive to HBO in 2022 Y announced the possibility of adding tapes such as Morbius The Venom: Let There Be Carnage.

It was through his Twitter account that Luis Duran pointed out the possibility that HBO would have the film starring Tom Holland in the middle of the following year and stressed that the company he works for will have 8 of the 10 blockbusters this year except for Black Widow y Eternals, since they are a production of Disney and Marvel.

“Reviewing the line up of movies in 2022 with @marianocesar … In the 1st half of the year @HBOMaxLA will premiere 8 of the 10 highest grossing films in LatAm, incluyendo Matrix, F9 last saga, Morbius, Venom y Spiderman […]”Said the GM of HBO Latin America.

Likewise, the General Manager of HBO, indicated that they will add other tapes related to the Spiderverse which will most likely be available on the platform for 45 days, this for the rights of Sony Productions, Marvel Entertainment y The Walt Disney Company.

The Impressive “Spider-Man: No Way Home” Fundraiser in Mexico